Walberton Nursery will introduce a new range of foliage begonias to UK Garden Centres in the summer of 2016 via Farplants Group. These new patio begonias were bred in Denmark and have been named and propagated by Walberton Nursery in the UK. "Over the last year, we've trialed a large range of new begonias and in September, we took the first cuttings of five selected varieties. These were new and different to varieties we had seen before. We are highly optimistic regarding the demand and sales," says Mike Wainwright, Walbertons’ Technical Production Manager. 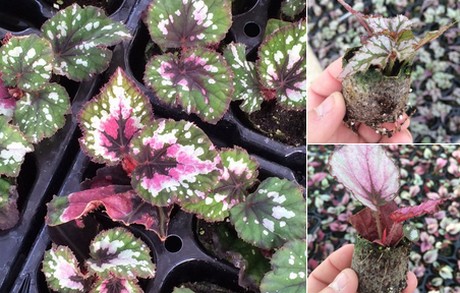 One of their new begonia varieties.

Optimistic
"You never know when you introduce a new plant to the market if it will have the success it deserves. For us, it is the first time we have introduced begonias to the market, which makes it even more exciting," says Wainwright. However, from experience they know that British consumers are eager to try out new varieties. "Over the years we have bred many other plants at Walberton Nursery, and we always see a high demand for new and interesting plants." According to him, this also seems to apply to introducing new begonia varieties, "when showing these new begonias to our buyers, they were very enthusiastic," says Wainwright.

New begonia range
The new patio begonia range was trialed and propagated by Walberton Nursery having been bred in Denmark. "Over the last year, we have trialed a wide range of new begonias. In September, we took cuttings from five selected varieties with the best range of colors and leaf shapes," says Wainwright. “We have named them after the great Impressionist painters, including Monet and Van Gogh to reflect their bright colors.” The first finished plants will be available from early summer 2016. "In the meantime, we will continue trialing and hopefully more new varieties will follow soon," he says. 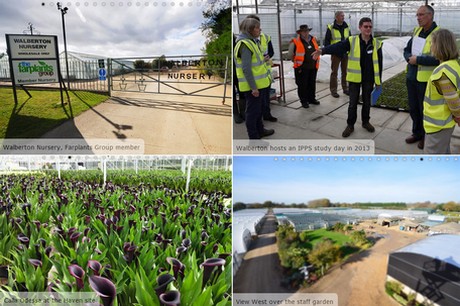 Farplants group
Walberton Nursery was established in 1973 in West Sussex, the UK. They started with growing tomatoes and some conifers. Currently, they are completely focused on the ornamentals and mainly on hardy plants. "Our product range includes shrubs such as camellias, herbaceous perennials and patio plants," says Wainwright. The plants are sold through The Farplants Group of which they have been a member from the very start. Together with the other group members, Walberton Nursery supplies Garden Centres in the United Kingdom. "Each of the nurseries grow their own specialties within a small area of West Sussex to provide Farplants with an unbeatable range of garden plants," says Wainwright.