"The demand was good, but the prices were not," says Ecuadorian rose grower Sebastian Padula of Josarflor, when talking about his Mother's Day sales. "We sold all our roses, but we were disappointed with the prices. This year the prices are about 10 percent lower than last year," he says. 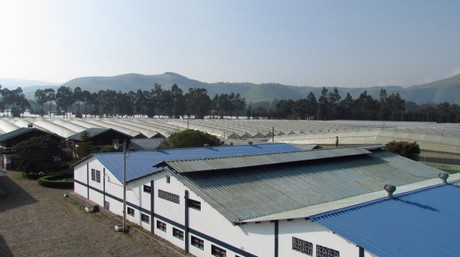 Last year, a good year
About 60 percent of Josaflor's Mother's day roses are being exported to the USA and last Monday, the final roses left their greenhouse. Now, they are sold out, but the prices were lower compared to last year. "Last year, we had a very difficult year, but April was one of the best months. This year, however, the market was dead in the first weeks and picked up late, around the third week of April. Then, the prices for the pink and lavender colored roses started to increased, by around 30 percent. In spite of this increase, the prices remained 10 percent under the level of last year," says Padula. 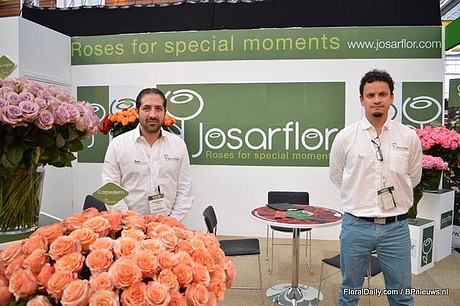 Sebastian Padula and Emanuel Pilo Pais, Josarflor at the IFTF in Vijfhuizen
Importance Mother's Day
Mother's Day is an important day for Josarflor, but not the most important one. "Like many other rose farms, our most important days are Valentine's Day and Russian Women's Day. So, for these days we increase our production volumes, but not for Mother's Day," says Padula.
Preparing for next holiday
Now, Josarflor will start the preparations for the next occasion that will take place in Russia in September, when the children go to school for the first time. "It is a tradition that the children give their teachers a bouquet of flowers. And roses are one of the most used flowers for this occasion. Hopefully, the market will not be flooded with roses, so the prices can go up. Besides that, we have to take into account the exchange rates. It has been bad for a while, but we now see that the ruble is increasing in value against the dollar, so it gives us hope," he says.
For more information: