It is busy at the Portland Flower Market as 4th of July and the wedding season is around the corner. "The demand for flowers is high and especially for locally grown", says Larissa Ushriya, general manager of the Oregon Flower Growers Association (OFGA) and wholesale flower hub the Portland Flower Market. And on top of that, American Flowers Week is being held this week, which puts special attention on locally grown flowers. 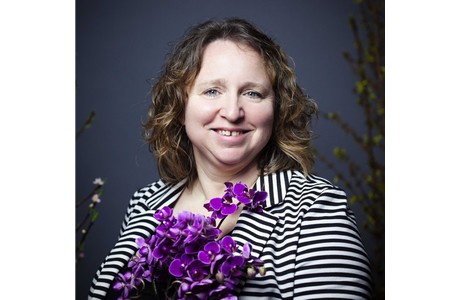 Imported flowers
"With the coming of imported flowers, local farmers were affected negatively. There is so much to choose from now and the flowers are often cheaper as the US growers have to deal with high costs like energy and labor, for example", says Ushriya. However, the local growers still seem to differentiate themselves from the competition. "They are focusing on the cultivation of flower varieties that are not being imported. And this is also an advantage for the Portland Flowers Market as we now can offer a large assortment of flowers." But locally grown flowers are not forgotten at the market. "We have a special department for locally grown flowers at the Portland Flowers Market. This part is called the Oregon Flower Growers Association (OFGA) and over here, only Oregon and Washington grown flowers are being sold", she says. 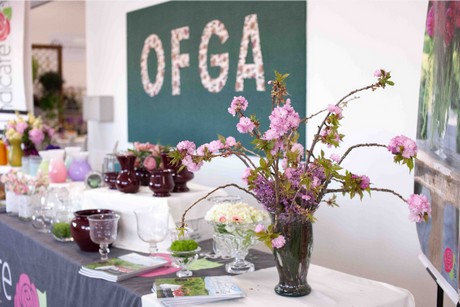 Increasing demand locally grown
The demand for locally grown flowers is high and this is clearly visible when florists visit the market. "They usually start at OFGA, where locally flowers are being sold, and then move on to the rest of the market for flowers that are not produced in our area's flower growers", she says. And according to Ushriya, the demand often increases during the summer period. "During this time of the year, the locally grown flowers are more plentiful and of a very high quality with reasonable prices and therefore more in demand." However, not only the price is important, also the way of cultivation and the willingness to boost the economy. "The florists want sustainable and organic flowers and are eager to keep the local economy strong. I think this is also a characteristic of the Portland culture as we see it in all businesses", she says.

American Flowers Week
This week, from June 28 to July 4th, the second annual edition of American Flowers Week is being held. It is a week-long celebration of domestic flowers to raise consumer awareness and unite America’s flower farmers with the U.S. floral industry. The event is inspired by the British Flowers Week and the Slow Flowers movement, and the dates always coincide with Independence Day (July 4th). Also the Oregon Flower Growers Association, the Portland-based, farmer-owned wholesale hub, is joining American Flowers Week. With a special design competition they highlighted northwest grown flowers on June 27-29.