July 2016 was again a month with a lot of happenings, both happy and sad. First of all, we received the sad message that the founder of Esmeralda Farms Peter Ullrich passed away and Colombian growers had to deal with heavy rains and a truckers strike. Fortunately, this month was also characterized by positive events. Sakata developed world’s first pollen-free lisianthus, Naivasha Horticultural Fair's Child Protection Unit was officially opened, Hishtil expanded its edible tubers line, Green Circle growers expanded its greenhouse operations and Hortitec in Brazil and the Cultivate in the USA took place. Below the overview:

ms, Peter Ullrich has passed away. "We are deeply saddened to inform you that our friend and industry icon Peter Ullrich passed away last night surrounded by loved ones after a difficult battle with illness. Mr. Ullrich was a pioneer in the flower business, touching thousands of lives around the world with his unparalleled passion. He will forever be an inspiration to us all", wrote the Team Esmeralda Farms Netherlands on their Facebook page on June 30. 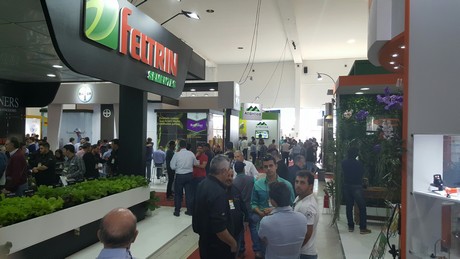 Brazil: Photos Hortitec 2016
Hortitec is a major tradeshow in Brazil for Horticultural products, which was held from June 22 to 24, 2016. The exhibitors came from every angle of the Horticulture business to Holambra SP. Like starter material for vegetables, pot plants, flowers and also greenhouse builders, irrigation and so on. In total 450 national and international exhibitors presented their products. This year, the show reached another attendance record as it was visited by 30,168 people. The show started 23 years ago with about 7- 8 members, 3 are still on the board. Our reporter on site, Frank de Greef of Fleurizon, was so kind to give us an impression of the event. Click here to view the pictures.

"Becoming a large company is a result, not a goal"
"Large or small, you are as good as your last delivery", says Ringo Veenman, Commercial Director at Dümmen Orange when we asked him if the company is becoming too big. Grasses find their way into 'easy gardens'
All over the world, a shift can be noticed towards easy-to-grow plants, both indoors and outdoors. Especially the younger generation has a so-called easy garden in which grasses are becoming a more significant feature. For Frank de Greef of Fleurizon, the grass market has expanded enormously over the last 3-5 years. This US brokerage firm sells starter material of grasses and other plants to growers all over the US and Europe. 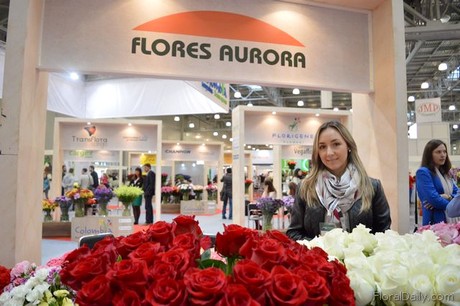 Colombian growers affected by continuous rains
From May till July, the Colombian growers have been dealing with cold temperatures and continuous rains. Consequently, the production dropped and the prices increased. However, in July the situation seems to have returned back to normal in the carnations and some roses. "The production is starting to increase again and the prices are stabilizing", said Natalia Franco, Sales and Marketing Director at Flores Aurora, a Colombian flower grower whose production was also affected by the weather conditions. 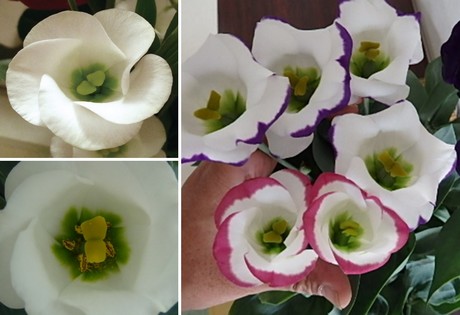 Sakata develops world’s first pollen-free lisianthus
Sakata Seed Corporation in Japan has taken Lisianthus breeding to a new stage, with the development of the world’s first Lisianthus type that does not produce pollen.

US: Two new greenhouses for Green Circle Growers
Prins Group has been working hard to expand two turn-key projects. These projects have been realized by Prins Group in cooperation with their partner Prins USA. 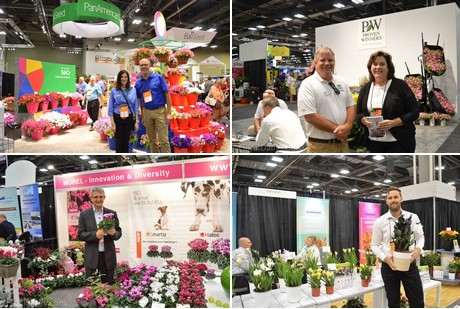 Photo Report Cultivate '16
Cultivate’16 took place from July 9-12, 2016 in Ohio, Columbus Ohio and is the largest all-industry horticulture exposition and convention in North America. This three-day event brought together a nicely balanced mix of greenhouse technology, supplies, starting material and finished plants. Also the FloralDaily and HortiDaily team was present at the show to make a full photo report. Click here for the entire Photo Report.

France: Quatorze Juillet - season's last peak before the summer
On July 14, the French people celebrate Quatorze Juillet. For many, this day means the start of the holidays. To what extend is this national celebration a peak moment in the floriculture industry? "You cannot compare it to, for example, Mother's Day. Flowers are not that much interwoven with La fête nationale, as the 14th of July is officially known. However, more flowers are sold than usual and it is season's last day for the industry to excel. After the 14th, France is on holiday and sales come to a standstill." 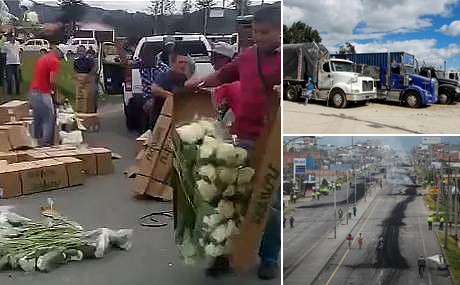 Colombian growers suffering from truckers strike
In July, the Colombian truckers were on a strike and affected the flower sector. "Flowers reach the airport too late or not at all as the trucks are being blocked. Moreover, even cargo of some growers has been destroyed", said Ana Maria, sales representative at Jordan farms, a Colombian flower grower. 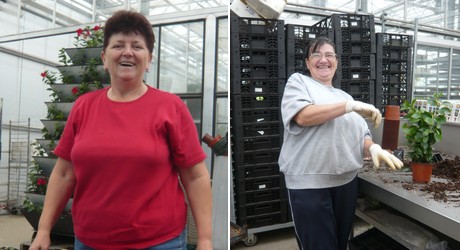 US growers worried about scarce labor, rising wages
The shrinking employment pool and the upward wage pressure. These are some important developments US growers, and the Californian growers in particular, are currently dealing with. Increasingly more often, this subject is being raised during the meetings of the Society of American Florists (SAF).