In the beginning of October 2016, Ethiopia was still a hot topic. Flower farms were on constant threat and were therefore heavily guarded. In Ecuador, farmers had to deal with decreased production volumes that were caused by the cold nights. Fortunately, this month also brought some positive news, like the 10th anniversary of Fleurizon, the announcement of the new trade fair called Floradecora, the expansion of Ball's young plant production facility in Australia and many more. Below the overview:

Ethiopian flower farms under constant threat
There is still a lot of unrest in Ethiopia. Last Sunday, dozens of people were killed during a protest at a religious festival in the Oromia region. Flower growers are suffering from the unrest as well. "The farm is heavily guarded and the trucks go to the airport in convoy," says Paul Holla, the Dutch owner of Ethiopian rose farm Holla Roses, located in Ziway. 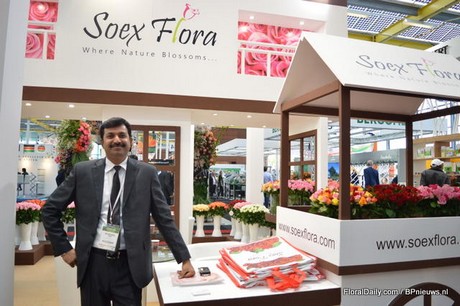 Soex Flora to increase volumes to Japan
"There is still a lot to gain in the Japanese market," says Narendra Patil of Soex Flora, one of India's largest rose growers and exporters. Japan is already an important export market for them, but they are eager to expand in this market. In order to succeed, they've added new varieties to their assortment and will attend the IFEX in Tokyo, Japan, next week. 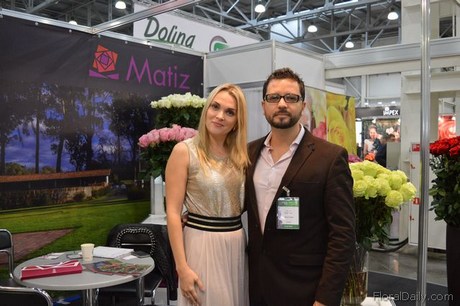 Ecuador's cold nights decreases production volumes
For several months now, Ecuadorian flower growers have been plagued by tough weather. "The unusual cold nights are affecting the productivity of the crop", says rose grower David Espinosa of Matiz Roses. His 8 ha farm is located in Lasso, Cotopaxi, at an altitude of 3,010 meters and his production has decreased by about 18 percent. 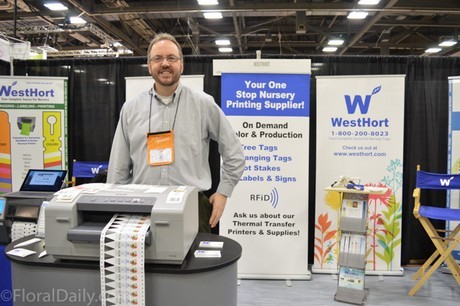 US: Is the era of thermal transfer printers over?
The demand for colored tags and labels is higher then ever. "For the first time in history, we can say that we fully expect to sell more Ink Jet printers then thermal transfer printers for 2017", says James York, Sales Manager of WestHort, a nursery print supplier. At the Cultivate'16 they presented the Epson C831 color printer which caught the eye of many visitors.

nother takeover, namely that of Olij Rozen International/Olij Breeding. Olij has its main office in De Kwakel (Netherlands), with branch offices in Ethiopia, Kenya, Colombia and Ecuador. The Olij Rozen brand name will eventually make the transition into Dümmen Orange. 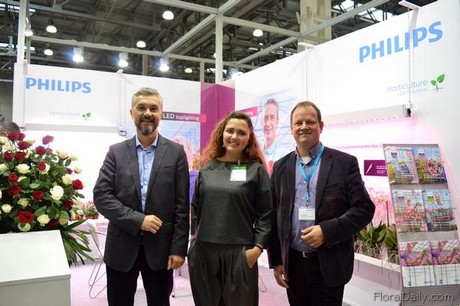 Philips exploits potential of LEDs in Russian market
"It is a challenging sector with enormous opportunities", says Wim Steeghs, Business Manager Horticulture LED Central Eastern Europe at Philips, when asked about the potential of using LEDs by Russian growers. This large LED manufacturer is aiming to open up the market for LEDs in Eastern Europe. "LED is booming in the horticulture markets in Europe." In order to exploit the potential of this market and to manage all projects, they have just expanded their Russian team with a Key Account Manager. 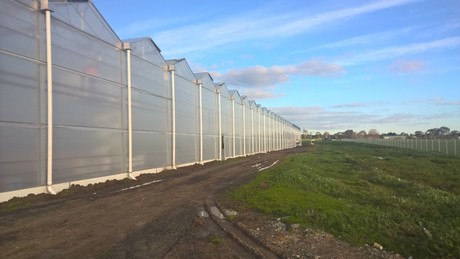 Powerplants realizes three hectare facility for Ball Australia
When the Ball Horticultural Company in Australia was looking to relocate and expand their existing young plant production and seed distribution business to a larger 20ha site, they called on Powerplants Australia to help bring their vision to life. 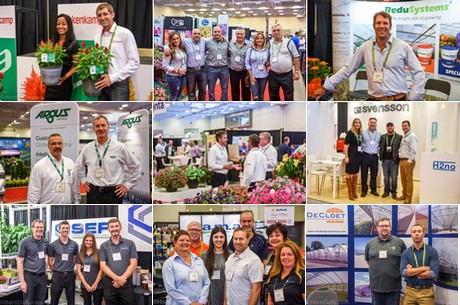 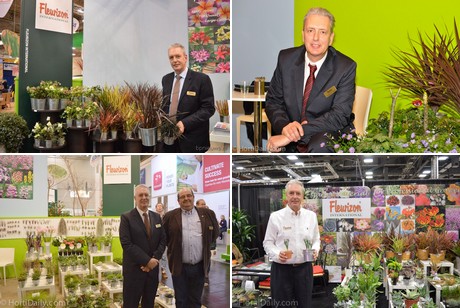 Fleurizon celebrates 10th anniversary
This month, Fleurizon LLC will celebrate its 10th anniversary. This young plant trading company that is located in the USA was established by Dutchman Frank De Greef. After having worked in the horticultural industry for over 30 years, he decided to put his knowledge into practice and started his own trading company, which opened its doors on October 26, 2006. 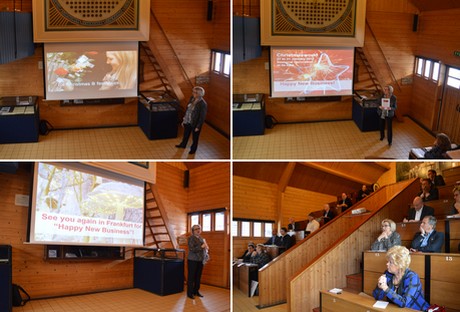 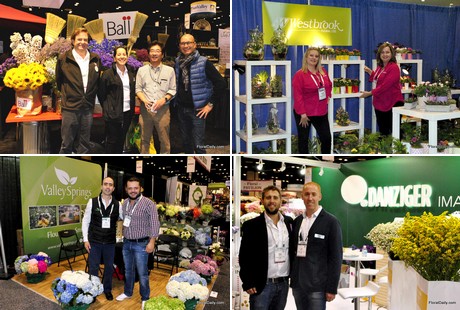 Photo Recap: floral exhibitors at the PMA Orlando
This past weekend the PMA took place in Orlando, Florida. More than 1,200 exhibitors showcased new products, trends and technologies. Amongst them were more and more floral exhibitors. 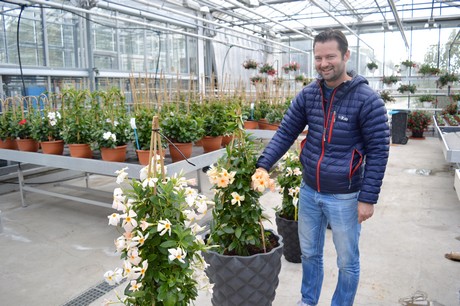 A look behind the scenes at Suntory's European agent
Keeping a novelty interesting and unique remains challenging. Due to the advanced techniques, new varieties are often succeeded quickly by creations with similar appearances and habits. Therefore marketing concepts come in to play more often when introducing new varieties.

'It's possible to mix all kind of colors'
Growing different varieties in one pot is challenging as a grower often has to deal with the unequal growth habits of the different varieties. For this reason, increasingly more breeders are investing in developing new varieties with similar habits and Brandkamp is one of them. This German breeder and propagator has invested years in breeding pot chrysanthemum and garden mum varieties with the same habits and now owns two 'families' that are suitable to mix. 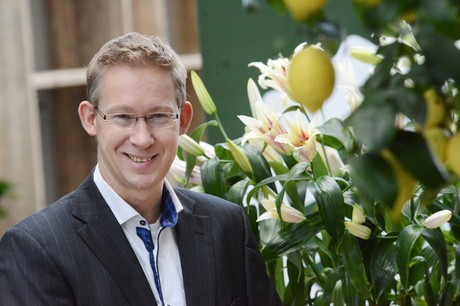 "Physical clock won't disappear, but will change"
Online auctions are on the rise, but Managing Director of Veiling Rhein-Maas Ruud Knorr does not think the era of physical clocks is over. "However, if we do not develop an online platform, we will probably miss out on turnover in the future", he says. 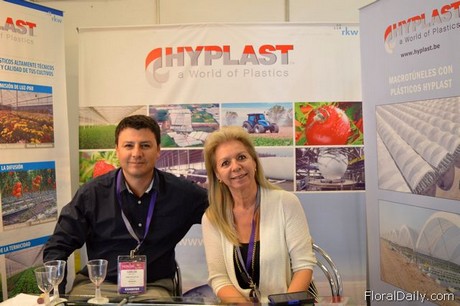 Ecuador: Change in climate makes thermic films worth considering
This year, many rose growers in Ecuador, and the Cotopaxi region in particular, had to deal with cold temperatures and cloudy conditions, which affected the productivity of their crop. And now, as the winter season has begun, there are even more clouds and therefore, again, a lower amount of flowers. In order to enable growers to keep up their production volumes, Hyplast invested in designing a thermic film that can increase the average temperature in the greenhouse by more than 7 degrees Celsius and transfer more than 89% of the PAR light. "I think it is time for Ecuadorian farms to take advantage of these thermic films with higher light transmission", says Carlos Reategui, Sales Manager Latin America at Hyplast.