Last season has been challenging for Helleborus. In March, the month in which Dutch breeder and grower Ellen Akerboom of De Nachtvlinder typically sells the most, it started to freeze. The clientele in garden centers declined as well as the sales figures. "The fact that the plant blooms in the winter months is both the strength and the weakness of the product", explains Ellen. "Sales are very dependent on the weather, because few other plants bloom in those months. It does makes it unique." 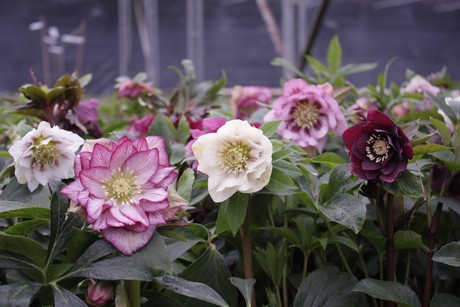 The planting time of the Helleborus is in April and May, while the flowering time varies by species. The Helleborus Niger, also called Christmas rose, flowers in December. The Helleborus Orientalis -Ellens' main product- blooms in January, February and March. The seedlings that Ellen made in the spring will sprout in November. She has a good idea of ​​how many seedlings will sprout, but the true numbers remain to be seen. "It can be 60 percent but also 80 or 90 percent. That's a difference of 300,000 plants." 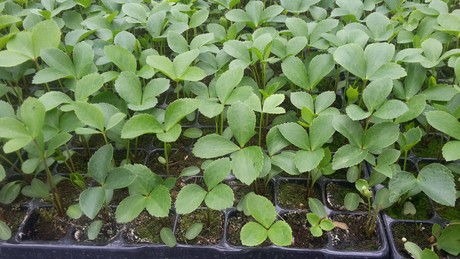 Poor consumer awareness
Ellen has been working on Helleborus breeding for more than 20 years. In recent years she upgraded her own variations, which she puts on the market under the name Double Ellen. "The Helleborus is a valuable garden plant that is still far too unknown to the consumer. In particular, this has to do with the fact that much can still be done in breeding. The Helleborus is not a new plant, but through breeding I am making it more commercially interesting. Originally it took three years before the plant blossomed, which is far too expensive and unattractive for growers. At least 90 percent of the Double Ellen plants flower within a year. That makes the plant much more interesting to grow."

Breeding Helleborus is something you must have a knack for according to Ellen. It is also a challenge to sell the plants as large new customers aren't easy to find. Yet Ellen observes a growing interest in the Helleborus. "That interest comes mainly from perennial growers. Especially growers of P9 plants see Helleborus as a product with potential. I try to promote the plant a lot through social media and I notice that it is becoming more and more well known among gardeners and consumers." 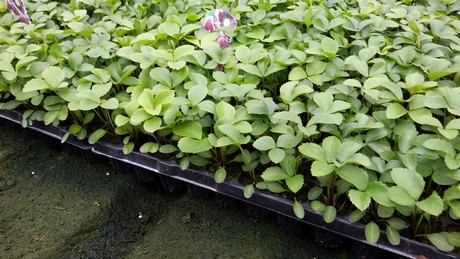 Outsourcing paperwork
Ellen sells her plants all over the world, "to America, Canada, China, Chile, Korea, Japan but also the Netherlands, Belgium, Germany, France, Denmark and England," she says. "I like to see where my plants end up. I also keep an eye on whether the trademarks are being handled properly. "

Ellen prefers growing and breeding her plants. "I prefer visiting customers to give crop advice over dealing with the paperwork. I like to outsource that to various agents. One is Fleurizon, and the collaboration is going very smoothly. I have known the organization for a long time and that's why we know what we have together."