Dutch orchid grower to build its own cutting production facility

At Dutch Orchid grower Hoog Bos, the construction of a new 8,000m2 greenhouse is about to start. The new facilities is set to produce cutting material. "Normally cutting material produced by propagating companies is delivered to the grower when it's 20 to 24 weeks old. However, we've seen significant quality improvements with starting material a bit older, between 24 to 30 weeks old." 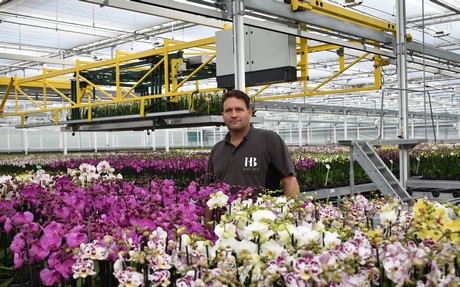 We speak to Gerard van Wijk, director & owner at Hoog Bos. This phalaenopsis grower stands out in terms of multi stem orchids. Every day, around 15,000 plants with four to five stems leave the greenhouse. 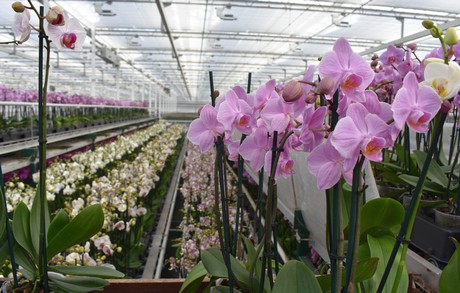 Prime reason for investing in an independent propagation facility is the quality boost the plants can get. "Though we are a commercial enterprise, this investment is not primarily aimed at generating profit. However, eventually better quality will pay off." 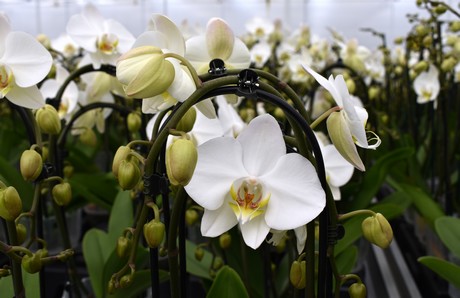 Hoog Bos is a relatively new farm, in business for only five years now. Thereof, the first two were mostly about pioneering and mastering the growing process. "The last year and a half, we started experimenting with producing our own cuttings. Now we know more mature cutting produce stronger plants, because we've seen it ourselves." 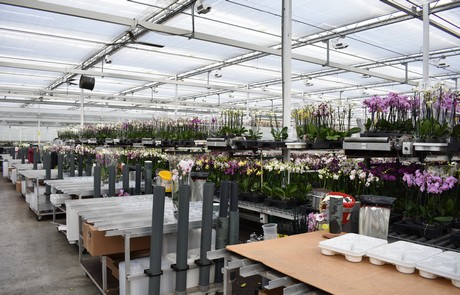 Soon construction will start, the project should be delivered by March next year. "Once in production, we will also benefit from depending on propagation companies no longer, This means we can make adjustments and switch varieties easier than most other growers."

Over the last five years, Gerard trialed over 2500 varieties. On the basis thereof, the grower came to the current assortment. "Now that we've built ourselves a name, we should keep it. Standard we deliver 4 stems, with 24+ buds. In the near future, we hope we will be able to guarantee 28+ buds." 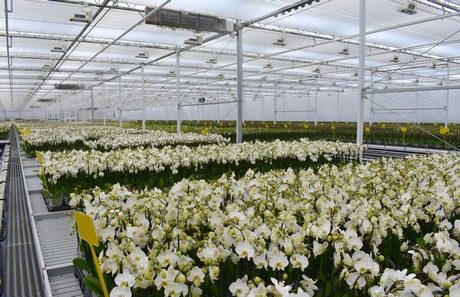 Neighboring Hoog Bos is orchid grower VW Orchids, which is run by Gerard's brother Kees. He used to grow roses, but switched to orchids two years ago. Gerard and Kees already work together in matters of transport and energy-related issues. With building this new propagation facility, to be accommodated in a separate company to be called "Jong Bos BV", they will also work together in the production of cuttings.