For getting a uniform bud and a straight flower, it is important to control the transmission of light perfectly. Therefore growers have to make an informed choice for the plastic they use. Now, growers will have new options to choose from as Agripolyane, a French supplier of plastic films, is expanding their business to Ecuador. 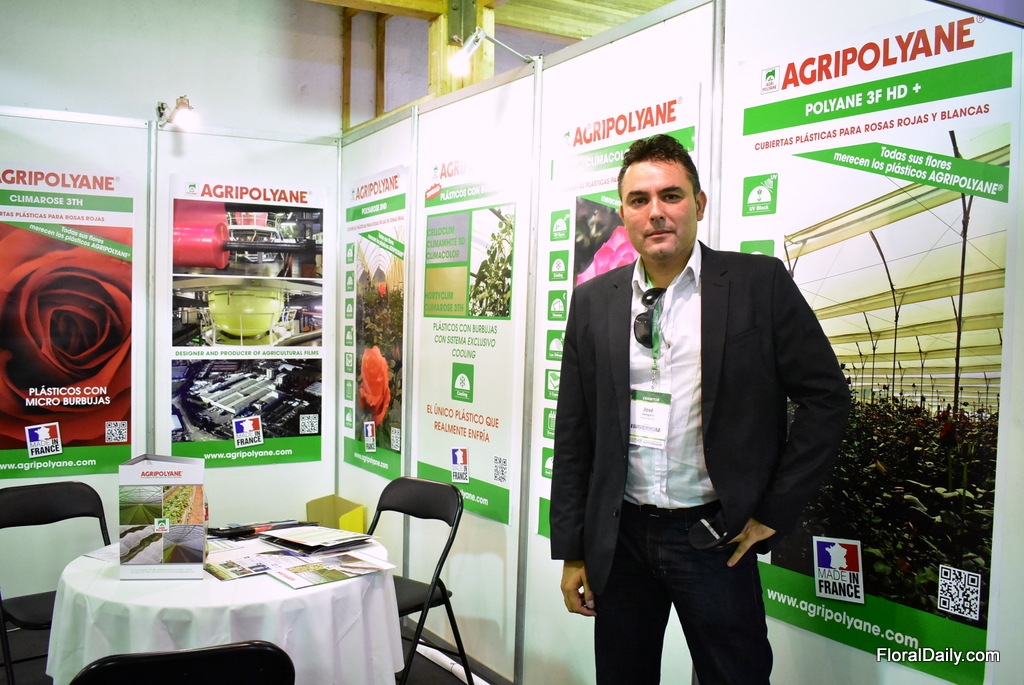 Jose Gonfora of Agripolyane promoting their different films at Agriflor 2018 in Quito, Ecuador.

Stable temperature
“Our microbubble plastic film has not only a high transmission of light, that ensures a uniform growth. Another advantage is that it reduces temperature during the day and keeps the temperature higher during the night”, says Jose Gongora of Agripolyane. He promoted the film for roses during his first time at Agriflor in Quito, Ecuador last month.

“The more sun, the more reducing”, Jose explains. “By using this film during day the temperature is 2 to 7 degrees Celsius lower compared to regular films. And it is 2-5 degrees higher during the night. So you get a more stable temperature in the greenhouse, causing less stress for the plants.”

Selling in Ecuador
The microbubble film has been recently tested at several farms in the world (Kenya, India, Spain, Ethiopia, Mexico) and they are satisfied with the results. "We are selling this product already in many countries and are eager to start selling to Ecuadorian flower growers."