Nature, health and fun come together in potted vegetable market

"If you want to show your customers what they can have in their stores in the spring, you have to bring them here now." Ard Ammerlaan, Prudac, rents a test greenhouse in the Demokwekerij on the Zwethlaan in the Westland, and is now conducting year round tests with potted tomatoes and potted bell peppers. Breeding company Prudac also has some varieties in high wire cultivation now. Prudac hopes to make steps in the potted herb market with picking tomatoes and bell peppers.

Ard & company see a future in this market, in which nature, health and (particularly for the small ones) fun come together. "But you have to work in a different way, because this market operates in a different way than for high wire cultivation. From March to June the production is high, in the winter months it is almost zero. Major retailers would like to offer the plants year round, but this naturally requires supply guarantees. On the one hand this is not so easy, but on the other hand opportunities abound."

Potted plant breeders, according to Ard, think differently than the year-round tomato grower. "The latter weighs pros and cons, takes 2-3 years to test, and then decides on a variety. Potted plant breeders would sooner say: unusual, let's plant some. But this is not always possible with pot-patio vegetables. Say if you had violets, and you curbed them, then food production on the same cultivation mat cannot be done. That is, logically, very strict." 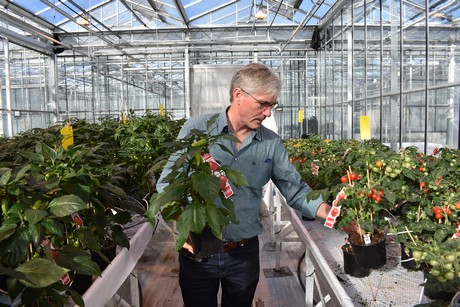 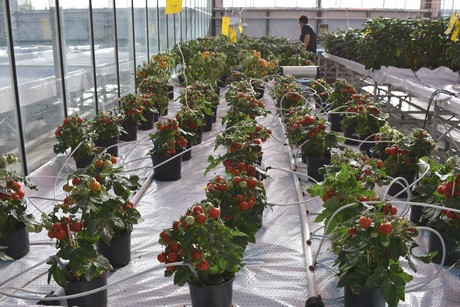 But the possibilities are there, and that is more than a feeling. "I was recently at a conference in Madrid, and was talking to a larger grower over there. We talked about year-round pot cultivation for potted vegetables, and he remarked that he would like to take on the winter months. If this follows through, it is an example of cooperation in which we as breeders and producers really have to offer something to the supermarket and consumers. But they should not place those plants next to the pot plants, but with the vegetables/potted herbs. Strangely, this often does not happen, while you do find other potted herb plants there." 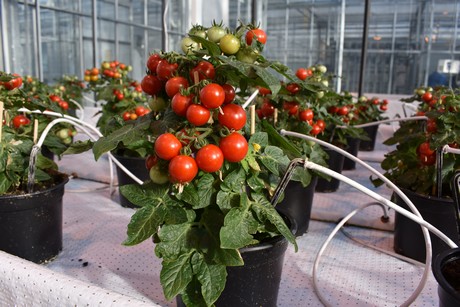 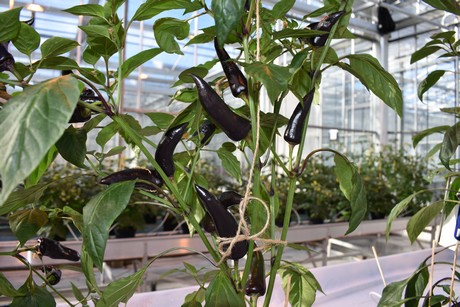 The 140 m2 test greenhouse is modern. The tests are subject to everything. The disease pressure is high, the greenhouse is literally surrounded by growers of everything, and something can blow in from every corner all the time. "We can use this to our advantage in these growths. You can say and show everything about resistance and sensitivities."

Besides this, Prudac can show that the manner of cultivation - pot size, time, EC - determines 'what it's going to be'. The bar is set low in the Westland for trade, which is concentrated here, and in practice often does not have time to travel up north to the test greenhouses of Prudac in West-Friesland. 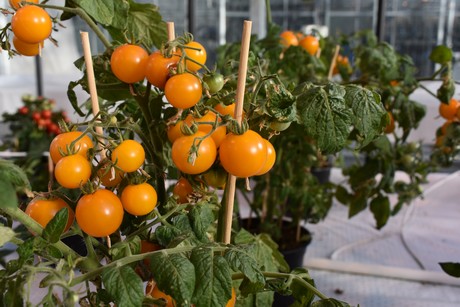 Prudac is known in the market by varieties such as the Heartbreakers, tomatoes in the shape of a heart, and the Ponchi, the most sold potomato. But characteristic for their own breeding is the growing comfort and visibility of the fruit, which is above the leaves in most cases. Besides, Prudac also has sweet bell pepper, and hot peppers, among which a variety that starts black, and then gradually turns red. 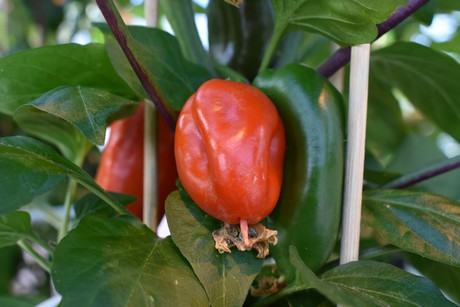 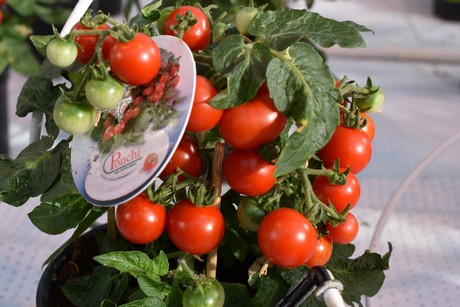