"We're committed to helping US plant propagation keep itself afloat"

Six months ago, William Samson graduated from Cal Poly, SLO with a Plant Science degree, and he is currently working as a research technician for an organic pesticide company near Sacramento, California. For the past two years William has been growing vanilla orchids (see our previous interview here). "My goal was to start a regional grass roots movement to increase the amount of vanilla orchids grown domestically and produce locally grown vanilla extract", William elaborates. "The immediate problem I faced was that there was little to no affordable sources of V. planifolia, which was making it difficult to make this idea financially appealing to others online who showed interest." 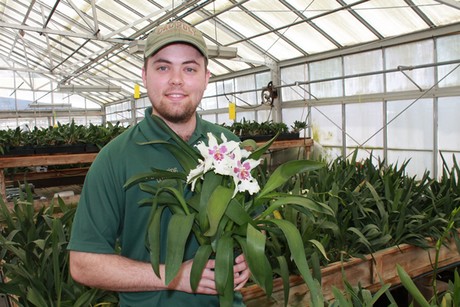 Community
Following the article on FloralDaily and starting a Facebook page called California Vanilla Growers, William was able to find a community of people who wanted to start growing Vanilla planifolia, but all of them were also seeking plant material. "Naturally this led me to do some problem solving, and the best solution I found was to begin contacting tissue culture manufacturing companies and hope that one of them would want to run a sample batch of V. planifolia tissue culture. Since I wanted to keep my costs low, several deals with different tissue culture companies fell through, but I finally found a tissue culture manufacturer that was willing to help me fulfill my goal." The timing was right for both parties, because the manufacturer was a large tissue culture company that was interested in finding new markets and diversifying their product lines. "That is when I realized that I was probably not alone and that there are other nurserymen and women in the US who are also seeking sources for tissue culture. Similarly, there are many tissue culture companies looking to expand their product lines and develop new markets."

Domestic vs overseas
Before finding the domestic tissue culture manufacturer, William explored the idea of importing plant material from overseas. "But in the current time, the political upheaval in the United States made it much more difficult to import tissue culture from abroad. Whether it was tariffs of the recent trade war with China, quarantine delay reasons, or unreasonably high shipping costs the overseas tissue culture companies were not able to quickly ship me a small batch of V. planifolia. Therefore, the only option for me was to go with the tissue culture manufacturer that had an interest in expanding its market." That is when William came up with the idea for Sweet Culture Company (SCC), a marketing and sales company for the domestic plant tissue culture industry and offering only Made in USA products.

"My goal is to connect plant wholesalers that are currently importing tissue samples from China to USA companies that have tissue culture samples", William explains. "Sweet Culture Company is committed to helping domestic plant propagation keep itself afloat during the trade war and reduce dependency of foreign importation, which is going to save businesses time by reducing quarantine waits, shipping losses and overseas transactions. Specifically, we find our customers contracts at companies with price points that will be close to what a foreign importer charges. In short, Sweet Culture Company will connect a plant nursery with a tissue culture company that is willing to take on their specific plant propagation project. The benefits for the tissue culture companies will be increased sales and demand for their products, stimulating their growth and development to promote Made in USA plants claim market share from imported tissue culture." 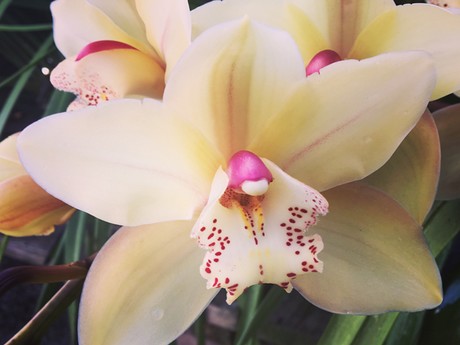 From 'Made in Taiwan' to 'Made in USA'
As an example of his business’s early success, William points to a big wholesaler nursery that was importing several million tissue culture plants annually from a company based in Taiwan. The services that Sweet Culture Company offers were pitched to this retailer and they gave one of SCC’s tissue culture manufacturing connections a try. "Now the local manufacturing company is in the process of creating samples to show the wholesaler that Made in USA plants can easily compete with plants propagated overseas. SCC works to provide wholesalers or retailers with manufacturers who will work as hard as they can to match price points from China, but add value by reducing the shipping time, spoilage losses, and expensive tariffs while stimulating the American economy and creating new jobs."