"As it turned cold early this year, we saw a change in Christmas business a bit sooner", says George Scott of New Brunswick based Scott's Nursery. For Christmas, they sell several plants and greens, but their biggest Christmas crop is the poinsettia. They've been selling them for a month now, and even though they cut back the numbers a bit, Scott is pleased so far. "Every year has its own challenges." 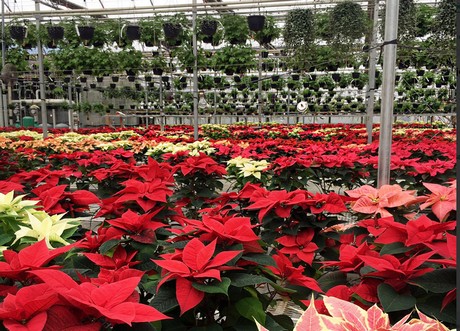 Scott's Nursery grows several bedding plants, potted plants, seasonal crops, spring bulbs, perennials, hanging baskets, and more in their 6-acres of greenhouses in Lincoln, New Brunswick. For the Christmas holidays, they use 3 acres of heated greenhouse for growing Christmas products. About half an acre is used for growing poinsettias. "In Canada, it is the leading plant for the Christmas season, it is the only crop we really sell quantities of." 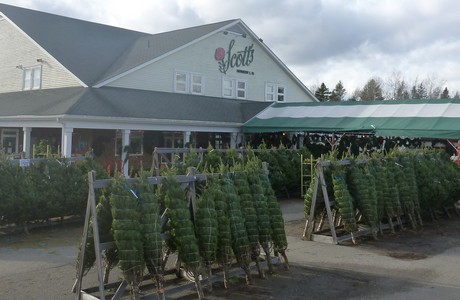 Low wholesale prices
Usually, Scott’s is wholesaling most of their poinsettias, but the prices were a bit lower than usual this year and they therefore decided to cut down the numbers by about 10 percent and focus on their retail operation, which is the largest garden center in Atlantic Canada. "It entails a bit more work, like wrapping and decorating the products, but by adding value it gives better prices", he says.

Red -  most popular color
Scott's Nursery always tries to have a poinsettia assortment with a variety of colors, but Scott’s sees the highest demand for the traditional red color. "In our area, red is in the most demand. Currently, we have about 60 percent red, but in the future, we might need more." 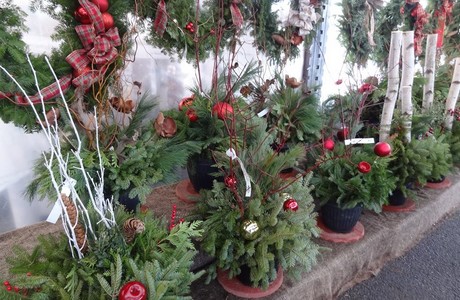 Early sales due to early cold
This year, it turned cold earlier. "We went from summer straight into winter. In early November, there was a lot of snow with extreme cold. As a result, landscapers and home gardeners could not make their final planting. Therefore, they started to look for other options for decoration." This is visible in the sales at Scott's Nursery.

Next to poinsettias, they also sell greens like wreaths, planters and ever-green branches from their area, but also branches from British Colombia and warmer parts of the country. This year, they have increased the number of patio pots they design with Christmas greens and sometimes with bling. "Our sales have been really good this year, and it probably had to do with the weather this year." 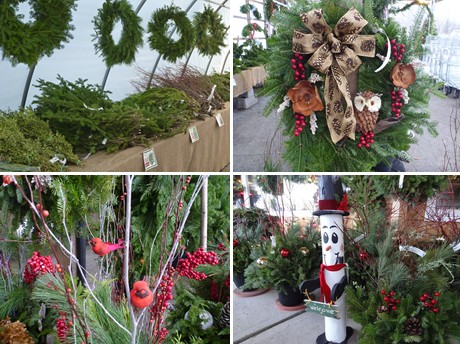 What's next?
Until Christmas Eve they will be selling the poinsettias. After poinsettias they will start growing Easter lilies and continue the production of cuttings. "After Christmas, we will take our Easter lilies out of the cooler and we will continue our cutting production for ourselves and some other growers for spring flowers."