In June of 2010, the Chicago Botanic Garden began a seven-year trial of lavender. The crew selected 40 commercially available selections of Lavandula angustifolia, L. × intermedia and L. × chaytoriae to plant in their gardens (USDA Hardiness Zone 5b, AHS Plant Heat-Zone 5).

The purpose was to challenge the common conception that lavenders were not reliably cold hardy in USDA Zone 5. Their ultimate goal was to determine the potential for lavender in northern regions. The evaluations went beyond ornamental attributes; they also assessed winter hardiness, adaptability to average growing conditions, and longevity in the landscape. 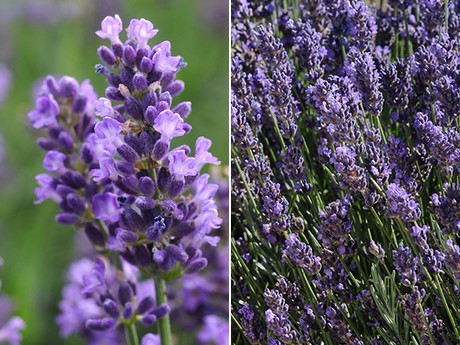 According to the Chicago Botanic Garden trial managers, ‘SuperBlue’ was the most compact lavender in their trial, even after many years’ growth. The evaluators found its dark lavender flowers to be very complementary to its silvery green leaves. ‘SuperBlue’ also had less gaps than the other cultivars, which made for an intense color show.

“Winter hardiness was not a problem for ‘SuperBlue,’ with minor stem injury noted only in 2013-2014,” the report stated.

You can download the full Plant Evaluations Notes - Lavenders for Northern Gardens from the Chicago Botanic Garden here.