The Japanese bonsai tree (niwaki) becomes more beautiful when it ages and in the last 10 years it has become a popular item in Europe. However, it seems to become an increasingly challenging task to get such old aged trees to Europe. "The younger generation of growers in Japan does not wait until the plants get old and at the same time the younger trees become more expensive", explains Eva Forlani of NipponTree. This Italian nursery imports bonsai trees from Japan for over 20 years and they now see a future also in growing more plants themselves in their nursery in the North of Italy. 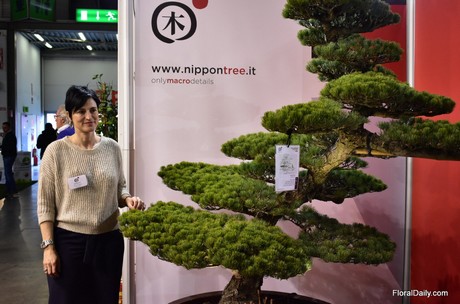 Eva Forlani at the Myplant & Garden 2019 in Milan, Italy.

NipponTree was among the first ones importing bonsai trees from Japan about 20 years ago. Currently, they import 20-25 containers per year. 80 percent of their business is outside of Italy, but before supplying these countries, they let the plants acclimatize at their 3ha nursery for at least 6 months. "Only 60 percent of what we import is ready to sell. So we have a large number of plants in stock; around 3,000." 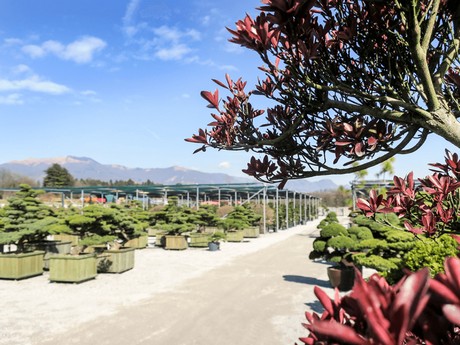 The majority of the plants they import are between 20 and 40 years old, but they have also very old plants, up to 100 years and even over. However, Forlani sees a change for the future. "We see more and more Japanese growers do not want to wait, they already sell the plants at the age of 20 and it is therefore more difficult for us to get older bonsai plants." 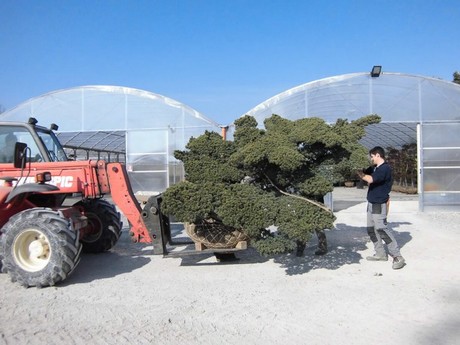 Trees being delivered at the nursery.

Currently, they use their nursery mostly to let the imported products acclimatize. However, in the future Forlani expects to let the plants age in their nursery. "Importing products from Japan is costly. The older trees are more costly, so it is less expensive to import younger trees and sell them soon afterwards."