At the Plantarium Trade Fair 2019, Plantipp will introduce two new members of the series Encore. With a compact and evergreen Rhododendron that flowers in spring and again in autumn, this plant is suitable for borders and containers in every garden.

A Rhododendron that flowers in spring and again in autumn
The Rhododendron Encore series is the life work of Mr. Robert E. ‘Buddy’ Lee from the USA. When he was 15 years old, he took a part-time job at a nursery where his fascination for this species started. After Buddy finished high school, he started collecting different Rhododendron in his own greenhouse. One day, a rare Taiwanese species that flowers much later than usual caught his eye. He used these plants to make crossings with the more traditional cultivars that flower in spring. His goal: to develop a Rhododendron that blooms in several seasons. Many years and thousands of seedlings later, Buddy introduced his first Encore cultivar in 1995. The Encore collection has more than 30 varieties now. Buddy is still actively doing breeding work with his favorite plant. His newest Encores are not just reblooming, but also more resistant against sun and cold. 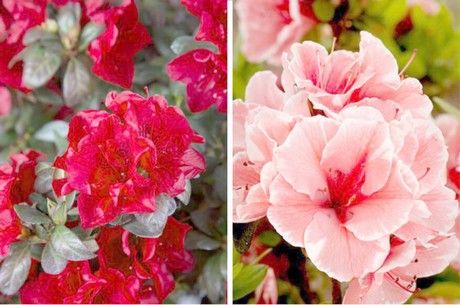 At the Plantarium Trade Fair 2019, Plantipp will introduce two new members of the series: Rhododendron Encore Fire ('Roblez') and Encore Sunburst ('Roblet'). Both varieties are compact and evergreen with glossy, dark foliage. Encore Fire has flaming red flowers. Encore Sunburst has a fresh appearance with its salmony pink flowers with whites edges.