UK: A century of rhododendrons

Millais Nurseries grow one of the widest ranges of rhododendrons and azaleas in the world. Established at Crosswater Farm since 1947, their Rhododendron heritage goes back to the naturalist, botanist and author John Guille Millais, who identified and described many rhododendrons for the first time. At the upcoming RHS Chelsea Flower Show, the nursery will celebrate a century of rhododendrons at Exbury Gardens. 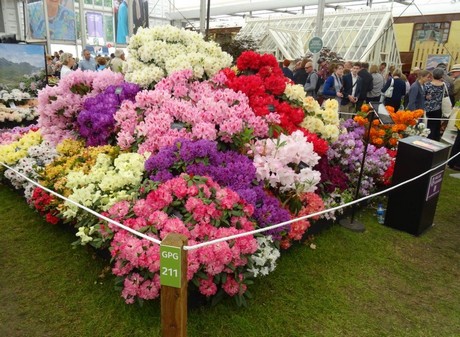 Rhododendrons are a staple in British horticulture, especially in areas where they can be successfully grown on good acidic soils, like Sussex, New Forest, Devon and the West Coast of Scotland, according to David Millais. "Smaller growing plants such as evergreen azaleas and dwarf rhododendrons are also popular choices for growing in containers."

Cutting and grafting
At Millais Nurseries, most rhododendrons are grown from cuttings. "Those varieties which are too difficult to root are grafted, and we buy a small number of small micropropagated plants too", David explains. The nursery has an extensive cuttings program, making use of Evaposensor controls under polythene tents.

The nursery grows nearly 1,000 different varieties of rhododendrons, but they propagate some of these on a 2-3 year cycle to make production easier. "It means that we may have a small plant, a large plant, or the customer may have to wait a year for the next batch. Most of our plants are 3 years old when sold, but we also grow a range of specimen sizes up to 1.2 metres. All are now grown in containers." 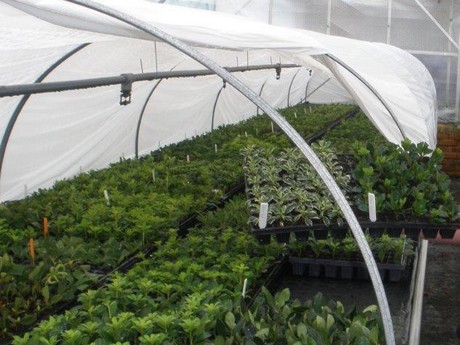 100 years of rhododendrons
This year, Millais Nurseries will be at Chelsea again - they only appear at the show about every three years, when they have a good story to tell, to justify the costs of having an exhibit there.

"This year we are celebrating the Centenary of Exbury Gardens, the largest rhododendron garden in the world", David shares. The garden was started by Lionel de Rothschild in the New Forest in 1919. He sponsored numerous plant hunting expeditions to the Himalayas such as Frank Kingdon-Ward and George Forest, and developed a huge breeding program for new varieties.

"It's quite a story, and one that the BBC have picked up on, so we will get the publicity we need." 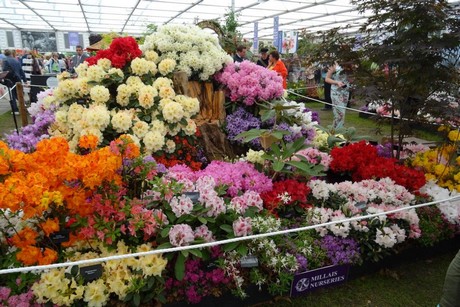 Brexit: "I hope that sense prevails"
Millais grows rhododendrons to suit all tastes, and in particular collectors who can't obtain these varieties elsewhere. As a result, they mainly supply members of the public, either from their plant centre, or online.

"Europe accounts for between 5-10% of our sales, and we are keen to grow our sales into Europe without tariffs", David says, when asked about the looming Brexit. "Now that more and more people are realising that Brexit is not what was promised 3 years ago, and that we were told a pack of lies, I hope that sense prevails and we can remain in EC."