McQueens Flowers will be charity partners with the British Beekeepers Association (BBKA) during the RHS Chelsea Flower Show 2019, as they prepare to unveil two installations inspired by the pollinators. Founded in 1874, the charity supports over 25,500 hobby beekeepers throughout England and the Islands. The independent, non-political, non-governmental organisation works with an evidence-based approach, to raise awareness at government level to help safeguard the honeybee. Between 1985 and 2005 the number of managed honeybee colonies declined by a huge 53%, due to the bloodsucking mite’s arrival onto mainland Britain from the continent. Since then, scientists and beekeepers have found new ways and adapted to fight this pest but now bees face a new wave of threats such as Asian Hornet and Climate Change. 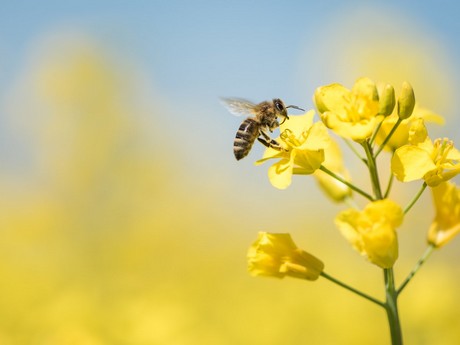 Through two giant floral installations, the McQueens Events Team aim to shine a spotlight on Honey Bees. The first, Per Oculus Apum is an immersive experience that gives visitors a sensory insight into the world of a bee - through vision, sound and smell. McQueens Flower School has devised the second design - Honey, I’m Home, which is centred around an evolving hive. Throughout the week, visitors to the hive will be asked to make a Craspedia bee which will then be added to the structure, culminating in what is hoped to become a colony of thousands of honeybees. 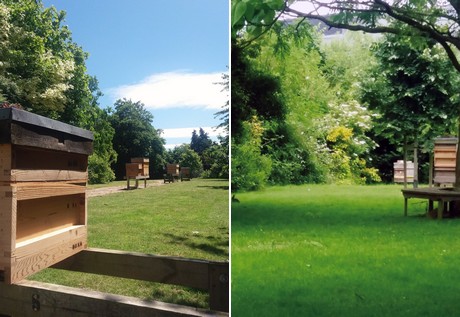 BBKA Hives at the National Apiary

A cornerstone species, the Honey Bee is an extremely sophisticated insect. Individually, they have five eyes and their wings beat 220 times every second. Together, as a colony they are even more incredible - it is said for every jar of honey, bees travel 55,000 miles and make 4 million visits to flowers. One in three mouthfuls of food is reliant upon pollination. There have been several key threats to honeybees over the last century - with loss of habitat, climate change and invasive deadly species all playing a major factor in their decline.

Through the support of donations and funding, the BBKA are dedicated to safeguarding honeybees and do so by enabling people to research into disease, encouraging replacement of lost habitat and promoting best practice in beekeeping. BBKA are responsible for several inspiring initiatives - the latest aimed at Primary School children by creating dynamic digital resources for teachers to download and include as part of the curriculum. 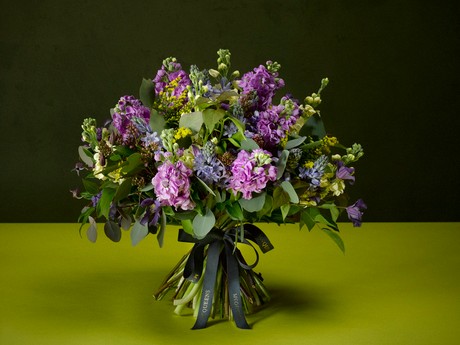 Of the partnership, Margaret Murdin, President of the BBKA explained ‘‘The British Beekeepers’ Association is overwhelmed to be chosen by McQueens Flowers as their charity beneficiary. RHS Chelsea provides the perfect platform to talk about our nation’s Honey Bee, Apis Mellifera. We need everybody to understand the urgency of protecting this vital species."

Inspired by the honeybee conservation message of the RHS Chelsea Flower Show, McQueens Flowers designers have created a bouquet - Apis Mellifera (Latin for Honey Bee) featuring bee-friendly flowers including fragrant stocks, English lilac and vibrant solidago - they will be donating £5 from every Apis Mellifera sold to BBKA.