If everything goes according to plan, Arcadia Chrysanten can plant the first chrysanthemum cuttings at the new company in De Lier, The Netherlands, at the beginning of July. Technokas and its subcontractors are working hard to finalize the new greenhouse of approximately 48,000 m². Technokas is also responsible for the realization of the hoistable heating, the installations for Next Generation Growing, the CHP with the existing greenhouse and the connection to the CO2 pipeline from OCAP. 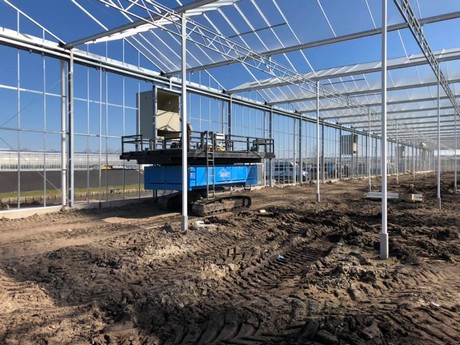 Arcadia's new company on the Hoefweg in De Lier is energetically linked to their existing greenhouse on the Burgemeester van Doornlaan in the same town. In addition to hoistable heating and the upper screen, Technokas is installing air treatment units for Next Generation Growing (NGG) in the facade of the new greenhouse. For this technology, last year an application was made for the EHG subsidy and this subsidy was granted. This is already Arcadia's third project for which Technokas installs the installations for NGG. 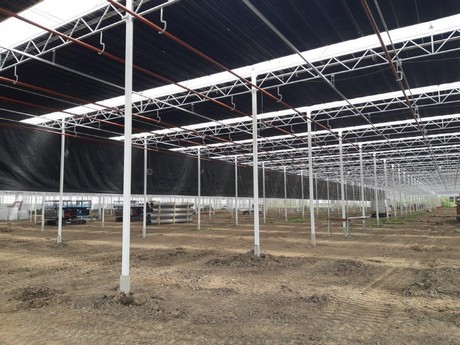 Steel construction and aluminum gutters
After the CHP was realized at the beginning of 2019, Technokas started in early February with the foundation work for the greenhouse and the construction of the heat storage tank (3,000 m³). At the end of February the greenhouse foundation was in place and the workers were able to assemble the steel structure and aluminum gutters at the beginning of March. What is special is that the greenhouse has been built against, but separated from the corridor; a corridor that Technokas built against the business premises.

Medium haze glazing
The roof is glazed with medium haze glazing with 2x anti-reflective coating. In recent weeks, the facades have also been provided with glazing and the pipes for the heating have been placed. Technokas has also realized the manifold and the installation of the high-pressure steam boiler (3,500 Mcal / h). The pipework for the CO2 supply was also carried out via the OCAP network. 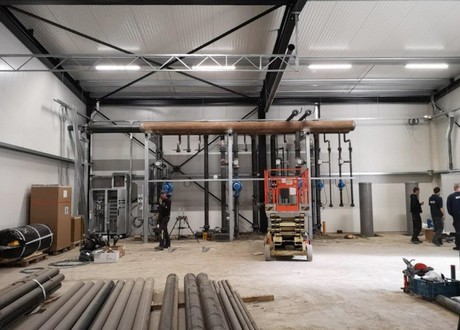 Sixteen air treatment units
An important activity in this project was the installation of the air treatment units (ATUs) for Next Generation Growing. There are 16 ATUs in the façades, one in three girders, each of which takes care of the climate of an area of approximately 3,000 m². Because all parties have worked according to a tight schedule, Arcadia will succeed in planting the first chrysanthemum cuttings in week 28 (early July).