On a field next to his greenhouse, Dutch Freesia grower Pip Tesselaar has installed the largest solar thermal system of the Netherlands by far, because before him there were only some smaller companies that had no more than 800 meters of solar panels on their roofs. 9300 square meters of solar panels were placed at Tesselaar Freesia on a surface area of a little over one hectare. It is first time the installation is applied on an area of this scale which proved to be quite challenging for both the grower and the installers from G2Energy. 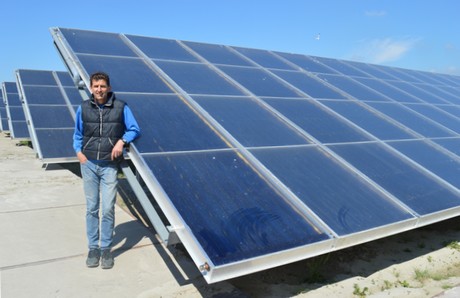 What happens is actually very simple. You pump water through the tubes while the sun - that shines on them - generates the heat. This heat can be used to, for instance, heat up the greenhouse which in turn saves on gas. In the case of Pip, it saves around 400,000 to 500,000 m3 per year.

Drain back system
Besides the scale of the project, there are two main reasons why it is so special. First of all, no standard glycol system was installed but instead, they opted for a ‘drain back system’.

In a glycol system – which can be found a lot in Denmark, the country with the most developed solar thermal systems of all – glycol is being pumped around so no overheating or freezing can occur. This means that the system always needs to be turning which can be seen as a disadvantage. However, this is not the case with the drain back system of Pip Tesselaar. 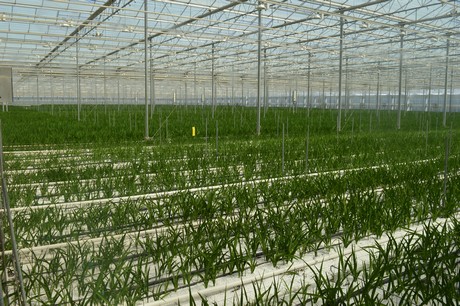 At night or during the winter months there is hardly any sun. The solution to this problem was found in the form of the ‘drain back’ principal, which entails draining the system of all its water when it is not turning. To make sure the water flows away on its own you only really need one thing, and that is a drain. This saves on energy, makes it easier for the users to handle and has as an added bonus that there is no need for glycol, a substance that is environmentally polluting and in times of a leak, seeps into the soil. 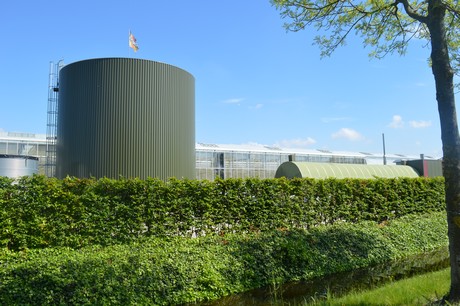 Efficient heat exchange
It is also special how the whole thing matches specific company conditions, the existing energy supply and the heat needed for the crop. The freesia bulbs need to be cooled in the soil but do require a bit warmer temperatures above ground. To make this little game of warmth and cold to match the sun, whether it shines or not, people really needed to think about an efficient way for heat exchange to take place – especially when keeping risk spreading in mind, people have opted to use two closed systems – and heat storage. Regarding the latter, an extra heat buffer of 800 cubic meters was installed in order to be prepared for a few clouded days. Besides this, the grower has a theoretically limitless reservoir in the ground where he can store up to 140 m3 of water per hour and from which he can harvest heat during the winter and coolness during the summer. The idea is to have a temperature of around 25 degrees Celsius in the warm reservoir underground, and around 8 degrees in the cold one. 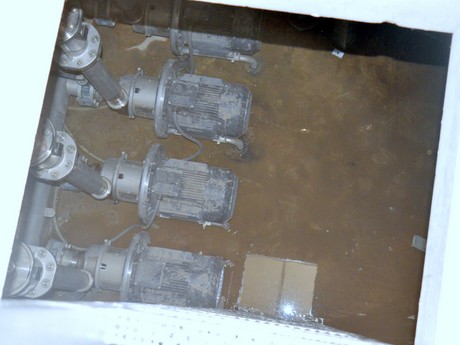 Good use of CO2
As for the pumps that keep the system turning, Tesselaar can work well with the solar panels that were installed on an adjacent barn for especially this purpose. After all, the whole thing only turns when the sun is actually shining, and besides that, the grower still has his own CHP-installation. Steaming needs to take place on a regular basis, but he can also make good use of the CO2. Where back in the day, Pip used to steam whole greenhouses in one go, he now plans things in such a way that only a small part of the greenhouses get stead every day. This way all of the CO2 that was produced can be used in the greenhouse and nothing goes to waste.

New projects
In short, a very streamlined project, and a major investment to boot (about three million euros or so were apparently used, but the necessary subsidy was also collected). However, it does deliver well on its promises and although, by their own account, it hasn’t really picked up steam yet, both the market and fellow growers are looking with interest at what is transpiring. Pip has experienced the collaboration between him and the installers at G2Energy as pleasant. According to him: they saw an opportunity in the market and used this project to try and prove their worth. That is why nothing was left up to chance, people where very helpful and people had to, as they said, really see this project as an investment for themselves. If this is in fact the case, this tactic has sort or less already been rewarded with a second, comparable but even larger project at Mol Freesia from the neighboring town of Nibbixwoud in the Netherlands. Mol Freesia – which happens to be a second freesia grower from the neighborhood – did not become their second client by mere coincidence. The growers know each other very well and both have extended their knowledge in the field without settling any of it in a contract. Finally, people are most definitely talking behind the scenes and Pip knows about at least one major plant grower that has shown some serious interest. 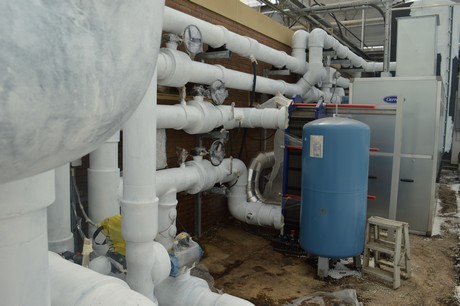 Tesselaar Freesia grows freesias on 38,000 m2 on one side of the road, and on the other side of the road, he has one hectare of greenhouses where he breeds and grows. He sells his new breeds to either Van den Bos Flower Bulbs or to Hofland, who then takes it to market. Tesselaar is also part of the growers' organization known as Unicum, where twelve Dutch growers are united who combined represent about half of the supply. Their combined area in the Netherlands covers around 65 hectares.