LATAM Cargo to begin service between Copenhagen and Latin America

In mid-June, LATAM Cargo became the first cargo airline to offer direct service between Scandinavia and Latin America by adding Copenhagen, Denmark’s capital, as a new destination to its network. This new addition will provide customers in this market a better alternative to satisfy its growing interest in Latin America. By significantly reducing the need for land transportation, the new route cuts transit times by up to 48 hours. 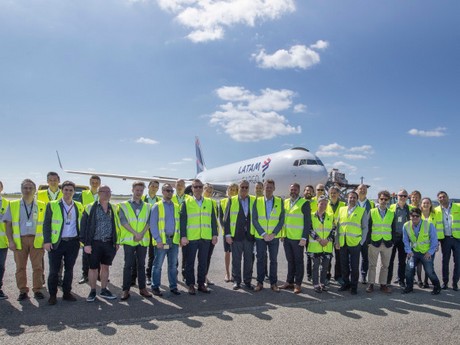 The route will be exclusively used for cargo by operating a B767-300F. With initial estimations of 20-25 tons transported on each weekly flight, if necessary the capacity and/or frequencies can be increased.

Copenhagen is the seventh route opened worldwide in the last 12 months and the second European route exclusively used for cargo opened by the leader in air cargo transportation to, from and within Latin America over the same period of time.

The round trip will increase connectivity between Scandinavia and different markets in Latin America with an outbound route that includes Copenhagen (Denmark), Viracopos (Brazil), Montevideo (Uruguay), Santiago (Chile), and Quito (Ecuador). The return will be via Miami (USA), Brussels (Belgium) and Copenhagen.

“As the cargo leader in Latin America, we have undertaken the responsibility of connecting the region with the world and vice versa. Proof of this are the more than 150 destinations currently offered by the LATAM Cargo Group. The size and strength of our network are the pillars that make us a strategic partner for our customers in providing the support needed to take their shipments to their final destinations in less time,” said Gabriel Oliva, LATAM Cargo Senior Vice President for North America, Europe and Asia.