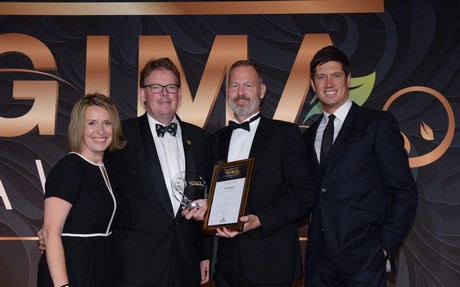 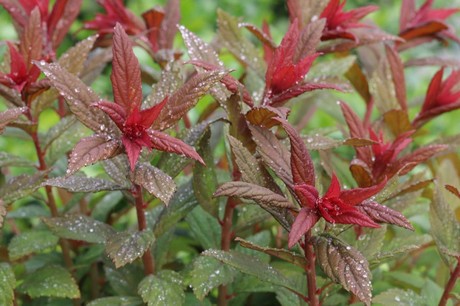 Secondly, rich cerise flowers develop on the shrub in June. The strong coloured flowers compliment the foliage which adds to the overall display.

Finally, Plumtastic should be cut back after flowering. It should be noted, this needs to be done in late summer as night temperatures begin to cool. As a result, the new re-growth will be the bold rich purple colour. 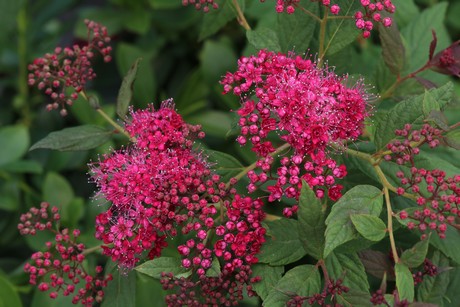 David Tristram bred the new Spiraea at Walberton nursery (member of the Farplants Group) in West Sussex. Tristram is renowned for introducing many other top selling garden favourites. These include but aren’t limited to:

"Perfect for the modern garden"
Plumtastic’s neat compact habit makes it perfect for smaller modern gardens. The spiraea will also grow well in a well-watered container. For those reasons, the shrub is a versatile addition to the garden.

The shrub is easy-to-grow and provides new interest with the changing seasons. Furthermore, the hardiness of Plumtastic’s has been recorded down to -40 oC in USA trials. Therefore, the unique colouring and proven hardiness provides excellent garden performance and ultimately, value for money.

The new shrub is popular with garden retailers, as shown by the speed of uptake. Notably, over 21,000 plants were sold in the first season, with an impressive 79% being sold in just three weeks.

Many retailers display Plumtastic alongside its sister promotion – Spiraea Magic Carpet. Farplants released Magic Carpet in 1995 and sold 200,000 plants in the first three years. Even after 24 years, Magic Carpet continues to be popular with the consumer.