Danziger Colombia hosted an “Open Days” event at its site in Vereda Pontezuela, Antioquia. During the event, growers, buyers and retailers were able to explore a wide portfolio of chrysanthemums along with a sneak peek of some other new and innovative crops. The event took place at the Danziger farm, which was established in 2014, set up as an R&D site, as well as an elite production site, to serve the local market. 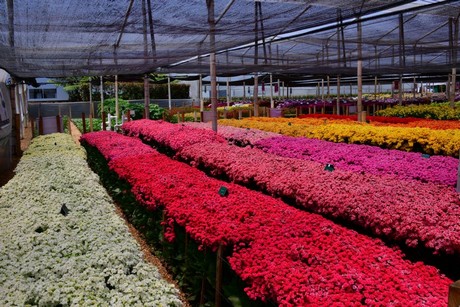 The heart and soul of the event was a show of more than 150 chrysanthemums, with new and commercial varieties along with a special addition of Lepidium Green Dragon, Veronica Skyler, Craspedia Paintball, Queen cut Kalanchoe and other crops that are suitable for the North American market and can be grown very well in Colombia. “This year we chose to expand the exhibition in order to inspire the visitors and create a more powerful flower power”, says Uri Goldstein, Danziger Colombia CEO, “the extra mile that we did with the additional crops proved to be successful and was one of the main interests of the exhibition and a very good attraction to growers, buyers and retailers." 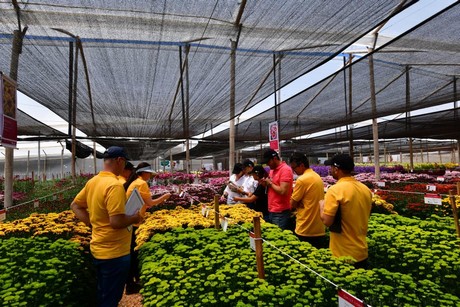 The most popular varieties that were picked during the event were Frescolita, Cherry Pie, Georgia, Candy Pink and Cheese Cake. Most visitors also picked the new Atlantis clones that were chosen in Colombia and show better cultivation characteristics (like shelf-life, shorter cycles and better yield). “The dominant colors that were highlighted at this year’s event were the new green chrysanthemums, burgundy, salmon, coral and peach”, says Diego Cardona, Farm Manager at Danziger Colombia. “Our breeding is adapting to the changes in the market and keeps creating every year sparkling new colors and shapes that correspond with the market trends”, adds Diego. 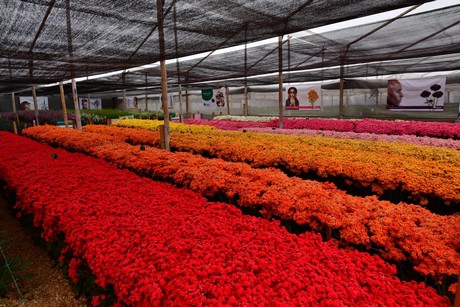 The Danziger Colombia team hosted more than 54 companies and approximately 200 visitors from around the globe. “For the first time, we also took part in a special retail panel in cooperation with PMA, Asocolflores and other chrysanthemum breeders”, says Ana Ramirez, Commercial Manager at Danziger Colombia. Among the panel speakers were Becky Roberts, director of floral for PMA, Debora Steier, VP floral Albertsons companies, Michael Scharader, director of floral Schnuck markets and Mauricio Valencia, VP of new business development Galleria farms. “It was a very good opportunity for us as breeders to explore the whole value chain and discuss it from the breeder until the end consumer”, adds Ana. 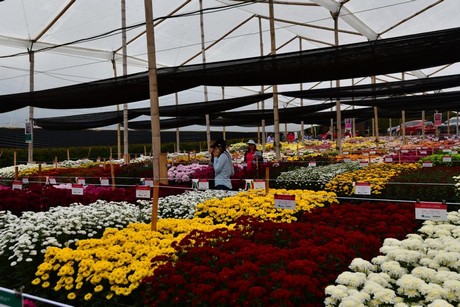 “The Danziger Colombia team is committed to providing our customers, not only with the highest quality product, but with know-how,” says Uri Goldstein. “From growing and logistics to shipping and marketing, we help our customers produce a superior final product for point-of-sale”. 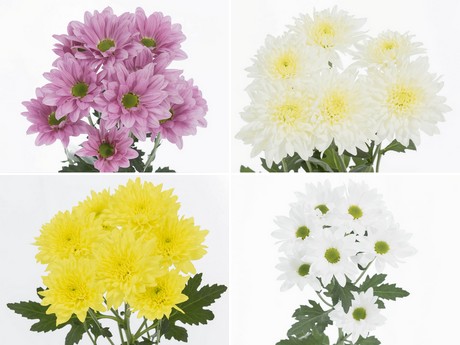