Biotecture have secured funding through a multi-million-pound Highways England and Innovate UK competition, to research how effectively plants can improve clean air zones.

The data gleaned from this research will help to demonstrate how their Active Airflow Living Wall system can be utilised to create clean air zones – particularly pertinent for the many locations around Britain which currently exceed air pollution safety limits.

Unhealthy roads
Among the most harmful gases polluting our air are nitrogen oxides. A recent BBC report stated that, according to 2017 figures, “Transport on UK roads accounts for 32% of all nitrogen oxides, which are linked to respiratory diseases, heart disease and lung cancer. Of all roads that breach legal limits for nitrogen oxides, 88% are in cities.”

Reducing air pollution
The Active Airflow system is designed to address this. By creating air pressure, it draws polluted air through the leaves and roots of the plants, which remove gaseous pollutants (such as nitrogen oxide) and other harmful particles, allowing the system to output cleaner air. 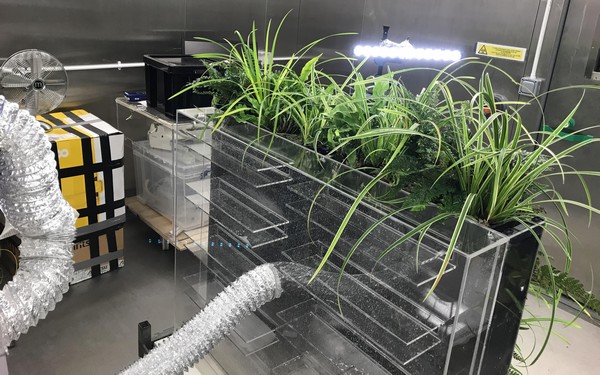 “Our living walls are already being used to improve air quality for residents in Southampton, where we’re involved in the first UK highways project of its kind. We hope to build on this with our Active Airflow system, introducing it to roadsides across the UK to create clean air zones which positively impact people as well as improve biodiversity.”