The International Florist Organisation held its General Assembly in Graz, Austria, on October 5. The annual event was hosted by Austrian member association WKO, alongside the country’s famous Alpe Adria Cup 2019. A record number of delegates was involved, and several important issues were announced and decided. 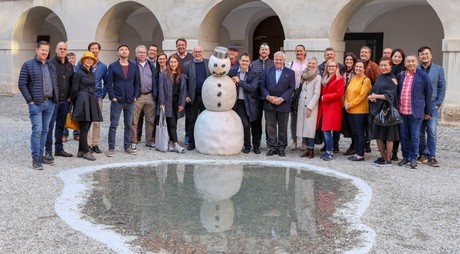 Europa Cup 2020
The development of the Europa Cup 2020 – held on June 5 & 6 in Katowice, Poland – is going well. The championship regulations and enrolment process will be officially announced to the members of Florint end of this month, October. Enrolment will be opened to non-members in December. Visit the Europa Cup website for more info.

With the increasing internationalisation of Florint has come the gradual globalisation of the Europa Cup. Next year’s Europa Cup 2020 will also become a more ‘Open Cup’, with contestants from all over the world taking part. This includes competitors from new Florint member countries like China and South Korea, as well as other nations that are not (yet) members of Florint.

Florint’s Entrepreneurship & Marketing Program
The Florint Toolbox now contains 8 instruments that offer added value for member associations. In the coming years they will, together, be working out which instruments are the most suitable to develop and apply in each of the 23 member countries.

Florint is also offering its members participation in the STAP program. This is a step-by-step support path for entrepreneurial development, which has established an excellent reputation in its origin country, The Netherlands.

Florint’s Craftsmanship & Education Program
Florint’s education support program for its member associations is entering a new phase. They have developed a complete floristry program for vocational education over the last 5 years, together with partners in the European Platform on Vocation Education & Training (EPFVET). In the coming years, Florint will focus on implementing this added-value program in member countries that lack a formal education system for florists.

Ms Lena Stryjska, from Poland, was elected to the Direction Committee of Florint for her first 3-year term.