A non-destructive method for determining and predicting seed viability

Monitoring the viability of seeds is of paramount importance to plant breeders, traders, farmers, researchers and seed bank managers.

The globally recognized standard method to test seed viability is the germination test.

Representative samples are sown according to genus-specific standardized protocols and after a certain period of time the germinated plants are counted to determine the proportion of germinating seeds in the sample. This method is proven and has been used successfully for decades. However, this method is firstly destructive, i.e. the sample is subsequently "used up". Secondly, this test is relatively slow and requires a lot of space, material and personnel. 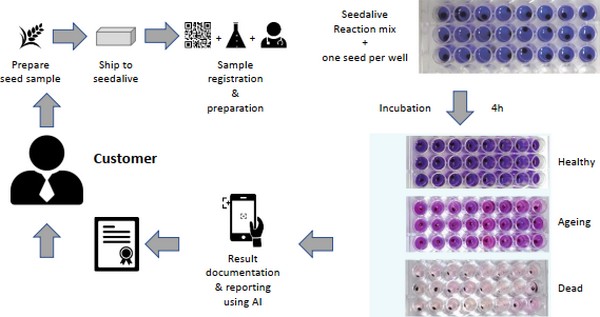 Other established methods are also time-consuming or resource-intensive, equally destructive, use toxic substances and/or are not reliable.

Researchers at the University of Osnabrück, Department of Botany, have now succeeded in developing a new, non-destructive, efficient and reproducible method for determining seed viability up to practical maturity. 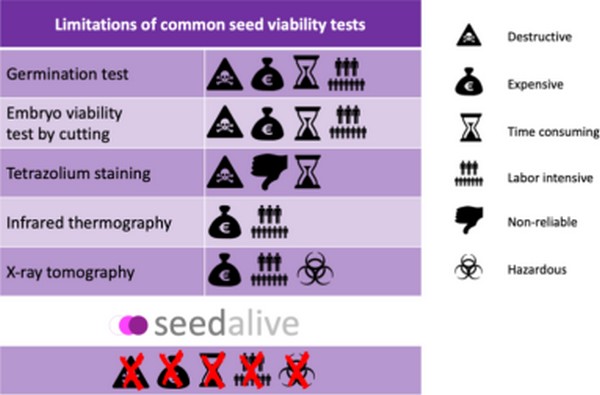 Individual seeds are incubated in an indicator solution for four hours, after which it can be quickly and easily determined only by visual inspection whether the seed is still vital, aging or dead. Supplementary investigations can even predict the further aging process.

Detailed investigations with a number of genera showed very good correlation between the results of the new method and the classical germination test. 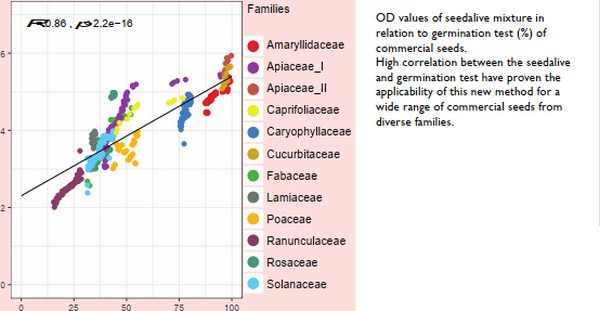 In cooperation with the consulting company JayVee Green Consult Dipl.-Biol. Jens Varnskühler, also from Osnabrück, this new product is now being launched after commercial protection of the method and foundation of a spin-off together with the participating researchers, Prof. Klaus Mummenhoff and Dr. Samik Bhattacharya.