It is not the first country that comes to mind when people think about high-tech greenhouse horticulture innovations, but Honduras recently did have a scoop. At grower Exveco, Sercom installed the very first fully wireless irrigation system.

“We have developed this product based on radio technology. That is an existing technology that has long been proven to ensure that there is no delay at all between measurement and action,” explains Hugo Nijgh with Sercom. "This is especially important for irrigation, because that must be accurate." 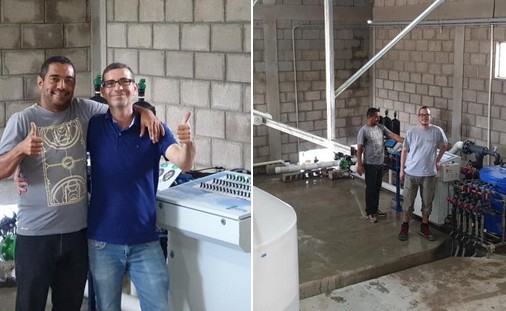 The Honduran grower with Ignacio Rodriguez Gracia of Sercom in blue 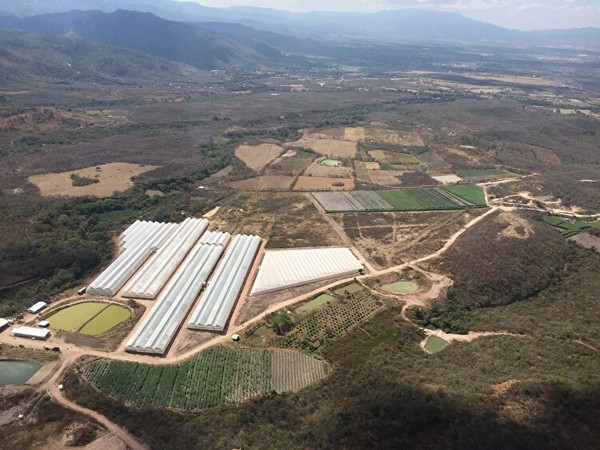 The system works with one central point with inputs and outputs where all input from sensors is collected and from which direct action can be taken by the control computer. In total, wireless connection of up to 16 stations is possible.

All this is accomplished with the use of antennas and radio technology instead of wires. "The system works up to a maximum view distance of five kilometers," says Hugo, who for this reason sees many opportunities for growers with expansion plans in both open and covered cultivations. 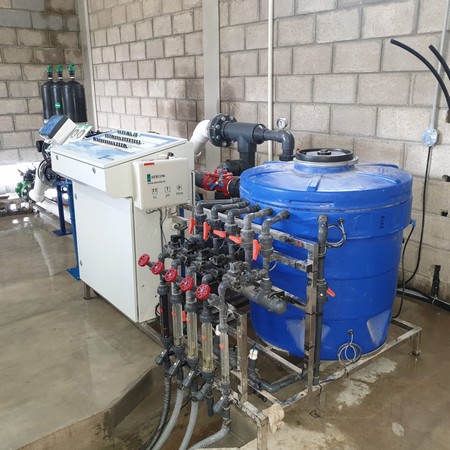 Irrigation must be accurate
So far, there are seven wireless projects worldwide with the Wireless Xtender, but in Honduras it is the first time that wireless irrigation has been installed. “Especially with irrigation, fast action without disruptions or delays is crucial. After all, irrigation must be accurate," according to Hugo. "If a sensor measures a drop in EC, you want to be able to make adjustments immediately, even in a greenhouse a kilometer away."

The Netherlands
Wireless technology is also already being used in the Netherlands, but not (yet) for irrigation. "But it can be used to regulate the climate in, for example, a moveable greenhouse, where the grower prefers not to work with wires because the greenhouse isn’t stationary," concludes Hugo, who further points out that Sercom manages both hardware and software in-house. "That made this step, this development, a bit easier."