The purpose of CSU’s Flower Trial Garden is to evaluate new perennial plant species and cul­tivars under the unique Rocky Mountain environmental conditions. Plants are evaluated for plant vigor, uniformity, floriferousness and tolerance to environmental and biot­ic stresses. The Perennial Trial program at Colorado State University is designed to test newer perennial cultivars that have been introduced in the past three years or less. Entries in this trial are grown for three summers and two winters before they are switched out for new entries.

CSU’s Flower Trial Garden, which draws thousands of visitors each year, relies on student gardeners, volunteers and industry supporters and experts who help provide detailed analysis of plant performance. Colorado State Extension Master Gardeners play an essential role in planting and maintenance of the garden. The outcome of this research is valuable to the industry and home gardeners alike. That’s because the Rocky Mountain region has unique growing conditions, characterized by high altitude, intense solar radiation, drying winds, severe hailstorms, large fluctuations between day and night temperatures and a season-long need for irrigation.

The Perennial Trial Garden receives no direct state or public funding. It is funded primarily by fees from plant-breeding companies that submit entries to the trials. The garden also receives donations from industry associations, foundations, nurseries, plant producers and other companies in the green industry.

Performance evaluation
Photos and data on plants and flowers were collected on a bi-weekly basis from May to early October. Dead plants in the trial were not considered in the bi-weekly evaluation; thus, the ratings given only reflect the live plants. Members from the Perennial Trial subcommittee also evaluated and wrote comments for each plant variety in June, July, August and September. Plants and flowers were rated 0-5 using the following scale:

Selection of “Top Performers”
On November 21, 2019, a conference call was convened with CSU staff and the Perennial Trial Garden Subcommittee. Pictures of entries from the 2017 planting were posted to the Perennial Trial website for review. Data from the growing season was compiled and emailed to each evaluator prior to the conference call for review. After discussion and looking at the pictures taken throughout the season, each plant was voted on by each member of the committee as to whether it should be awarded the designation as a “Top Performer”. 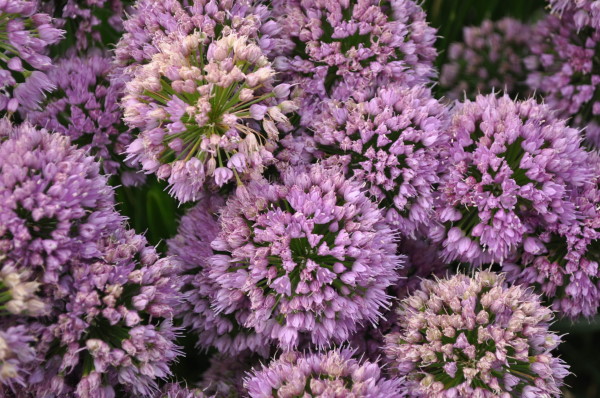 Millenium Ornamental Onion from Eason Horticulture Resources and Stonehouse Nursery (Allium hybrid ‘ALLMIG1’)
This was a definite “show stopper” plant that was described as having an “insane” amount of blooms. Flowers were a nice shade of pink and were a favorite of many bees and butterflies. The flowers combined well with a nice compact plant with clean foliage and very uniform growth habit. Blooming lasted a long time and flowers did not lodge even with overhead irrigation. It has been reported to grow well even at 8,000’ in the mountains. Removal of spent blooms can result in some repeat blooming or can be left for winter interest. Judges were in unanimous agreement to designate it as a winner. 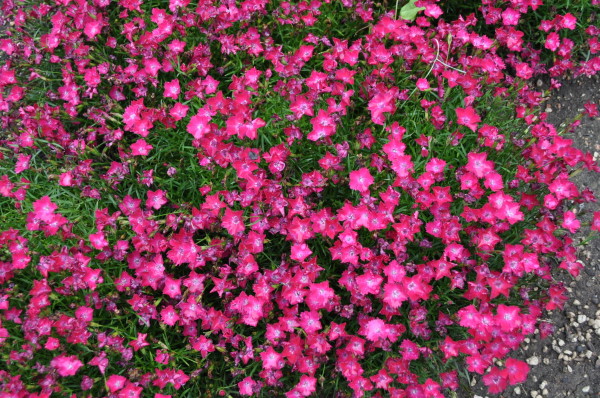 Kahorie Scarlet Border Pinks from Dummen Orange (Dianthus x hybrida Kahorie ‘Scarlet’)
Very showy in the spring with a very vibrant color and attractive plants. Flower color was not a true scarlet but a beautiful shade of hot rose or cherry. Plants had superior winter hardiness that was consistent over three years and did not die out in the center as did many other Dianthus. Plants were attractive even when not in bloom with a nice tidy, compact growth habit. 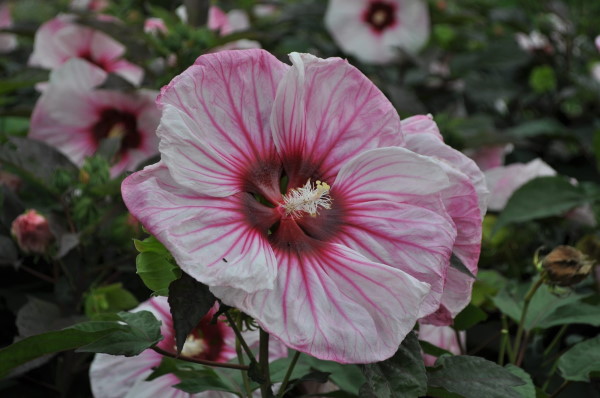 Summerific Cherry Choco Latte Rose Mallow from Walters Gardens, Inc. (Hibiscus x hybrida ‘Cherry Choco Latte’PPAF)
Large, two tone blooms were captivating with a striking combination of pink and white. It makes a great choice for providing color late in the season. Plants were relatively low maintenance as the old blooms were self-cleaning. Foliage had shades of dark red that was maintained throughout the season. Plants also had a nice growth habit that did not lodge and the mid-size height made a good balance with the flower size. 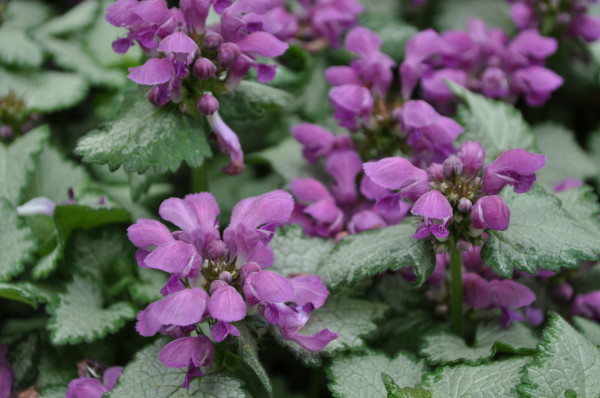 Lami Dark Purple Spotted Deadnettle from Danziger (Lamium maculatum ‘Dark Purple’)
Dark purple flowers combined with dark green foliage and a very uniform growth habit to make a very impressive groundcover. This versatile plant did not burn in the sun and did well in the shade. It has also been reported to look great even at 8,000 feet elevation. Plants have superior vigor and provide a long period of bloom. 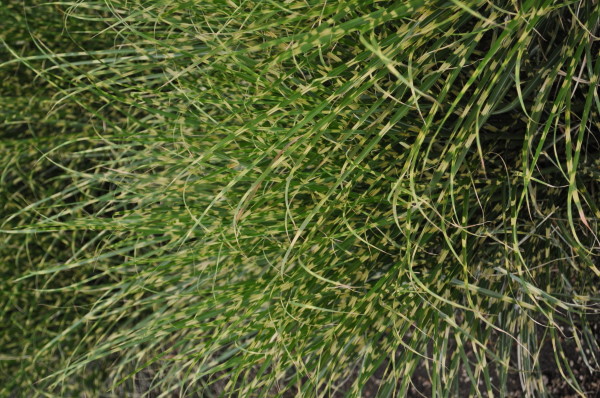 Bandwidth Maiden Grass from Darwin Perennials (Miscanthus sinensis ‘NCMS2B’PP29460)
This is a good selection for today’s smaller gardens and landscapes as the plant maintains a nice uniform growth habit that is only 3-4’ in height. Plants did not bloom but foliage is very attractive with yellow stripes running across the blade. The variegated foliage did not revert and was impressive all three seasons. Flowers are not needed for interest as the yellow and green contrast in the leaves is very showy. 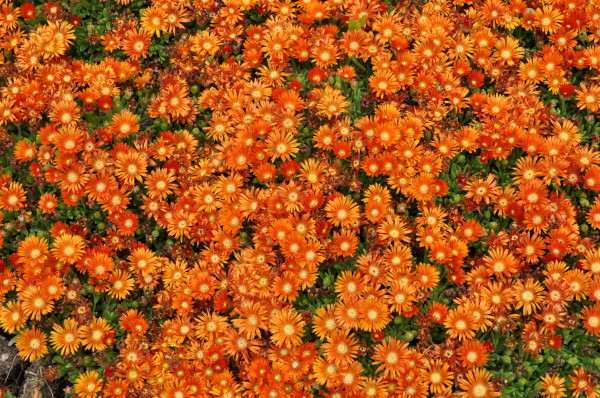