Celebrating Mother's Day during the pandemic: What will the effects be on sales?

It will be a Mother's Day like no other. In many countries, it will be celebrated on May 10 this year, and in every country, the run-up to this Mother's Day has been or still is different and more challenging than other years. But how will the sales be? Will mothers be praised even more during this pandemic? We all hope to see it. All flowers and plants left the farms and are at or still on their way to the shop. Now, it is in the hands of the parties that will sell it to the consumer.

So, how was the run-up and what are the expectations in various countries? Below, we made an overview of the countries in the world. 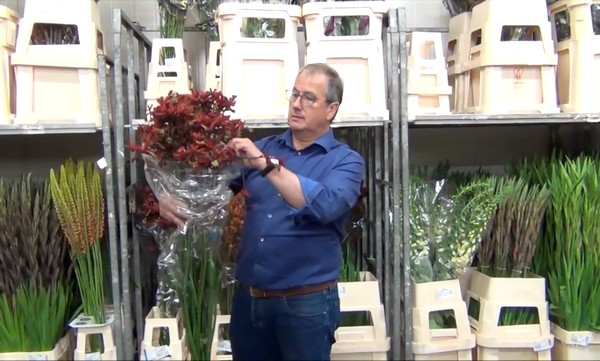 In the Netherlands, sales are picking up. In the market updates of Royal FloraHolland, the results of that country starting to ease the restrictions is visible, with demand for more and more products in the different sectors increasing. And in the run-up to Mother's Day, sales seem to increase sharply. Dutch flower wholesaler Bab Star, who mainly supplies to Dutch florists, has been selling out his stock in no-time this year. "That it's going this fast, I never experienced before." All kinds of initiatives, online, handing out flowers and selling flowers along the road, increased rapidly during the COVID-19 crisis. The same goes for the large online webshops that expect to triple their sales compared to Mother's Day last year.

Even though the demand is high for Mother's Day in the Netherlands and the surrounding countries, for the Kenyan growers getting their product to the Netherlands is a challenge. In Kenya, only 25% of the airfreight is available. This drives freight costs up and as a result the pricing of, for example, roses.

Europe is Kenya's largest export market, but what about Australia? It might not be a large export country for Kenya, but the African country is one of the main suppliers of flowers to Australia. The lack of import and the increase in demand for Mother's Day flowers resulted in a boost for the Australian flower industry, abc.net.au reported. The Australian customers were even warned that Mother's Day flowers will sell out, even despite the coronavirus.

And how are things in the US, where the tradition of celebrating Mother's Day on the second Sunday of May originated?

With all the different states and the slightly different approaches regarding items that are considered essential and non-essential, businesses are impacted to a different extent. In many states, garden centers, wholesalers and florists had to close their doors as they were deemed non-essential, but they did not sit still, as creative solutions arose. Fortunately, now more and more are allowed to open their doors again. And expectations for Mother's Day, particularly at garden centers and retail, seem to be high.

For garden centers, Mother's Day is usually one of the busiest days of the year. This year, it will be completely different with increased online sales and curbside pickup, but still many believe that it will be a good day. "More time at home will mean more 'beautifying of the yards'", was heard a lot. And to make it all more easier, more innovative approaches are being created. At Mayflower Greenhouse in Wisconsin, for example, they offer the option for customers to drop off containers to be planted on site. Roots on 9th, another Wisconsin grower, offers a similar service and for Mother’s Day will come to Mom’s house and plant outside mixed containers for her. Staff asks for style and sun/shade preferences in advance, and then loads up its trailer with soil and plants.

Also florists got more creative. They started to sell more flowers online and some even sold flowers out of their garage. Fortunately also they are gradually opening their doors, and a survey conducted by Floranext revealed that 84% of flower shops in the US plan to open for Mother's Day. However, the COVID-19 pandemic has many florists worried about floral revenue. 58% think sales will be worse, 24% believe sales are going to be better and 17% believe sales are going to be the same as 2019.  A florist who is already very pleased with this year's Mother's Day is Christina Stembel of San Francisco based Farmgirl Flowers. The shutdown in the state threatened to close her shop for good, but Grit, YouTube, and Mother's Day seem to have saved it, inc.com reported. A 26-minute video about her challenges landing PPP - that garnered nearly 17,000 views, with over 100 comments - along with other videos and newsletters that laid bare Farmgirl's challenges, led to a sudden boost of sales for Mother's Day, which she estimates will spike 226 percent over last year - more than three times her Mother's Day sales pre-pandemic.

A grower who is feeling the Mother's Day demand as well is Rene van Wingerden of Ocean Breeze International. Friday, florists in California can open again and after a brutal spring for growers, flower sales now bloom ahead of Mother’s Day, reports keyt.com. Van Wingerden said Mother's Day week sales this year are up from last year. He says the recent spike in sales is likely also because wholesalers have felt "starved" due to nationwide closures, and are now finally starting to buy flowers again.

Also at retail, they seem to be optimistic regarding Mother's Day. Retailers at the PMA Virtual Town Halls over the last weeks said that they see online orders and deliveries increasing, and some even say that it is blowing through the roof. Keeping simple and good contacts with the suppliers seem to be key.

A SAF survey (conducted on April 30, among retailers) revealed that that 96 percent of respondents plan to be open this week and weekend for Mother's Day. About 43 percent are planning for a sales drop, 33 percent are expecting an increase and the rest are planning for flat returns, compared to 2019. (Those results are generally consistent with a survey that SAF conducted earlier in April after the Easter and Passover holidays.)

For more information for what segments are operating in each state or province, as well as how shipments to and within the various states and provinces are affected, see this map on www.nlae.org.

Also in Ecuador and Colombia, where most of the flowers that are imported to the US are coming from, tried to make the best of it this year. Logistics were a major issue at the beginning of the COVID-19 crisis, with these countries managing to get only a part of their flowers to the market. In Colombia, for example, in order to meet the demand, Asocolflores activated its ‘Petal Plan’ for Mother's Day where the logistics chain operated seven days a week, also on Sundays, until May 3.

Fortunately, several were able to increase their sales. Also, Colombian rose grower Alexandra Farms, for whom Mother's Day is usually not such a big holiday, felt an increase in demand, Jose Azout said in a conversation with Ashley Black of JetFresh.

The Mother's Day 'rush' is over. Figures are not published yet, but Solano Augusto of Asocolflores told www.portafolio.co that Mother's Day season in the midst of the coronavirus this year has been extremely difficult for the Colombian flower industry. "Not only were orders reduced, but also the air transport capacity was lower and the rates higher," he said.

Also in Ecuador, they had to deal and are still dealing with increased airfreight rates. The executive president of Expoflores, Alejandro Martínez, told gestion.pe that at this time of isolation they have 15% of the usual flights, which prevents them from placing their offer in international markets. "The panorama we have is uncertain, of absolute uncertainty, despite the fact that we have had a slight recovery due to Mother's Day in the United States and Europe, but from now on it is all uncertainty," he said.

The Dutch Ministry of Agriculture, Nature and Food Quality reported that due to the health emergency produced by COVID-19, the floral sector in Colombia is operating at 25% of its working capacity and in Ecuador at 10-20% of its capacity.

In order to boost sales for Mother's Day, several campaigns have been launched by growers and associations and many more members of the industry. The most recent is from Ecuadorian grower Rosadex.

Also breeder Selecta One recently put the video below online. They also promote Mother's Day sales, but took adifferent approach. They made a DIY video that shows how easily a Mother's Day present can be created with their Pink Kisses® carnations. "10th May is Mother's Day, and this year the Corona crisis has made it a special challenge for many. How can you show closeness and still keep your distance? A self-made flower greeting certainly overcomes every hurdle!", they said in their on their website.

They offfer free downloads for your their clients communication to their customers. Click here for more information.