AmericanHort announced the election of three new members to the Board of Directors, along with the installation of a new slate of officers. The official welcome will take place during Cultivate’20 Virtual, the online event debuting on July 13. “We are excited to welcome this diverse group of new members who bring experience, creative thinking and an entrepreneurial spirit to the AmericanHort board,” said Ken Fisher, president & CEO of AmericanHort. “We also sincerely appreciate the dedication and commitment of our officers and all board members for their invaluable leadership.” 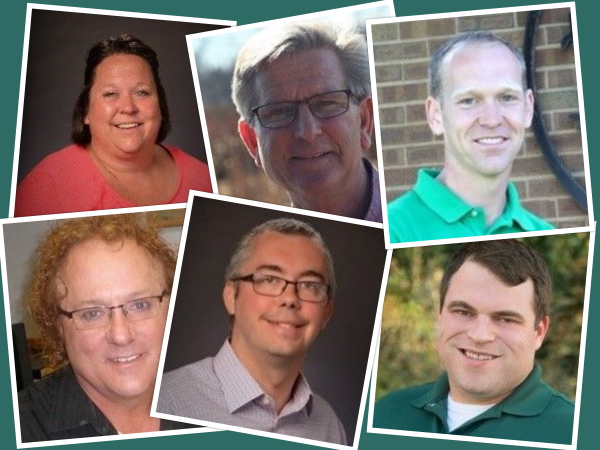 Tom Hughes, chairman of the board, currently serves as president and co-owner of Hughes Nursery & Landscaping (HNL) in Cedar Rapids, Iowa, a family business that started in 1908. A landscape design/build firm, HNL also grows 30 acres of B&B nursery stock. Tom, a fourth-generation nurserymen, graduated from Iowa State University with a Horticulture degree and minors in Business and Landscape Design. Tom and his wife Megan, a freelance writer, have two daughters and a son.

Cole Mangum, vice chairman of the board. Cole is vice president of operations for Bell Nursery USA LLC in Elkridge, MD, one of the nation’s largest growers of annuals and perennials. Cole oversees operations across seven facilities as well as coordinating a team of category managers who manage shipping of finished product. A graduate of Salisbury University, Cole has dedicated himself to advocating for various facets for the industry over the course of his career. He has served on the National Leadership Cabinet for Seed Your Future, as Horticulture Representative for the Maryland Agricultural Commission, and is an advisory board member for Greenhouse Grower Technology. Cole joined the AmericanHort board of directors in 2017 and remains committed to keeping the horticulture industry strong. He and his wife live in the Annapolis, MD area with their two young children.

Susie Raker-Zimmerman of Raker Roberta’s Young Plants will become immediate past chairman of the board.

New AmericanHort board members, who have been elected to serve a three-year term, include:

Mike Gooder is president and co-owner with his wife Rachel of Plantpeddler, located in Cresco Iowa, and has been in business since 1980, with son John joining the business in 2014. Plantpeddler’s Young Plant division is a major propagator of vegetative genetics with industry leadership in Begonias and their wholesale division focuses on premium retail-ready products. Mike is a graduate of horticulture from Iowa State University and is involved in several industry groups, including the AmericanHort Greenhouse Community Connector and Advocacy committees.  Mike is a recipient of the National Horticulture Leadership Award and speaks on a wide range of horticultural and business topics regionally and nationally.

Ed Overdevest is the president and owner of Overdevest Nurseries, one of the leading nurseries in New Jersey. Upon graduating from Cornell University, Ed returned home to become a partner in the family business, which he and his wife Gail later purchased from his parents in 1978. They have led the company through a vigorous expansion and product diversification process and are proud to have their son Ryan join in the team as a third-generation partner. With production facilities encompassing 290 acres, the nursery produces over 2,000 varieties of perennials, shrubs, and trees for east coast garden centers. Exemplary practices in conservation, labor relations, and community involvement has earned the business a sustainability certification. Ed has received numerous honors over the past thirty years, including Young Farmer of the Year, Young Farm Couple, Nurseryman of the Year, Business of the Year, Grower of the Year, and several marketing awards. He has held leadership positions in local, state, and national community, business, and trade organizations.

Jonathan Saperstein is CEO of TreeTown USA, one of America’s largest nurseries. Along with its subsidiaries, Village Nurseries and Hines Growers, TreeTown produces more than 30 million plants a year on over 6,000 acres amongst 15 facilities located in Florida, Texas, California, and Oregon. Jonathan firmly believes that employee, vendor, and customer relationships are the driving force of any successful business. Under his leadership Tree Town’s employee base has grown to over 2,000 associates, establishing the company as an industry leader. A graduate of the University of Texas at Austin, Jonathan has held several leadership roles in multiple organizations including as a trustee on both The Texas and Florida Nursery and Landscape Associations’ Political Action Committee boards and is an active member of the Young Presidents’ Association.

On behalf of its membership, AmericanHort would like to thank outgoing board members Mike Klopmeyer, PhD., president of Ball FloraPlant of West Chicago, IL for serving a five year term, including being immediate past chairman; and Steve Castorani, owner of North Creek Nurseries Inc. of Landenberg, PA, who has served a three year term; and Bob Dickman, general manager of Dickman Farms LLC of Auburn, NY, for serving a four year term.