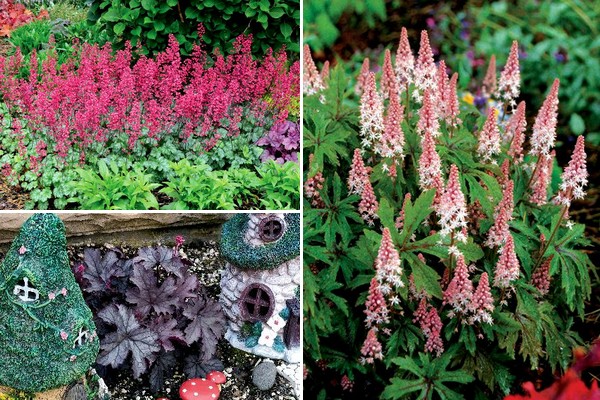 The video series is presented by Chuck Pavlich, director of new product development for Terra Nova, and is part of the company’s proactive response to the 2020 California Spring Trials (CAST) and Cultivate’20 transitioning from onsite to virtual events.

Terra Nova continues to shift toward digital media by actively utilizing YouTube and other engaging online platforms. The video series furthers the company’s efforts to digitally showcase its popular and new varieties.

“Terra Nova Nurseries is excited to share information about our varieties in an interactive format,” says Pavlich regarding the video series. “For this installment of three videos, we chose to highlight two varieties that have proven to be favorites in the industry and among gardeners as well as a new introduction of our first, true dwarf heucherella.”

Pavlich displays and discusses Heuchera ‘Paris’ in one of the videos. It has won fame in the market with its white-veiled green leaves and continuous columns of large, deep rose-colored flowers that rebloom until frost. The variety performs well in containers, shade borders and even as an indoor plant. U.S.D.A Hardiness Zones for Heuchera ‘Paris’ are 4-9, and it is nicely suited for partial shade. It has a foliage height of 7”, foliage width of 14” and flower height of 14”.

A video of Tiarella ‘Pink Skyrocket’ was created as part of the series because the variety has earned the position of Terra Nova’s best pink flowering tiarella. It has explosive heads of pale pink and shrimp-pink flowers, along with attractively cut and marked foliage. This variety can be used as a groundcover in the woodland or shade garden, or under high-branching shrubs. U.S.D.A Hardiness Zones for Tiarella ‘Pink Skyrocket’ are 4-9, and its exposure is partial- to full-shade. It has a foliage height of 6”, foliage spread of 12” and flower height of 11”. Pavlich explains in the video that Tiarella ‘Pink Skyrocket’ has a delightful fragrance of spring, sweet pea and fresh cucumber.

The newest introduction shown in the three videos, Heucherella ‘Indigo Frost’, is Terra Nova’s first, true dwarf heucherella. It has a small habit with dark purple, sharply cut leaves with a silver veil, making it excellent for use in fairy gardens, mixed containers, rock gardens, and borders. U.S.D.A Hardiness Zones for Heucherella ‘Indigo Frost’ are 4-9, and its exposure allows for partial- to full-shade. It has a foliage height of 7”, foliage width of 8”, and flower height of 9”.

The videos of Heuchera ‘Paris’, Tiarella ‘Pink Skyrocket’ and Heucherella ‘Indigo Frost’ can be viewed on Terra Nova’s YouTube channel at www.youtube.com/user/terranovanursinc. A dedicated section of the company’s website has been created for viewing the videos at www.terranovanurseries.com/about-us/videos.

The next installment of the video series will be released in June.