Due to a lack of air freight capacity, around 65 percent of what is usually being exported during this time of year is leaving Nairobi. Even though the farms are not operating at full capacity, all are open and therefore maintaining their workforce. They can hang in there for another couple of weeks, but if the situation does not improve, growers will lose export markets, cannot pay their bills, in turn leaving many people jobless. This is explained by Clement Tulezi, CEO of the Kenya Flower Council. This association is doing its best to support the Kenyan flower industry by reaching out to the government and all links in the supply chain.

In this article, Tulezi reflects on the last months, the current situation and looks ahead at what is needed to make the Kenyan flower industry bloom again. 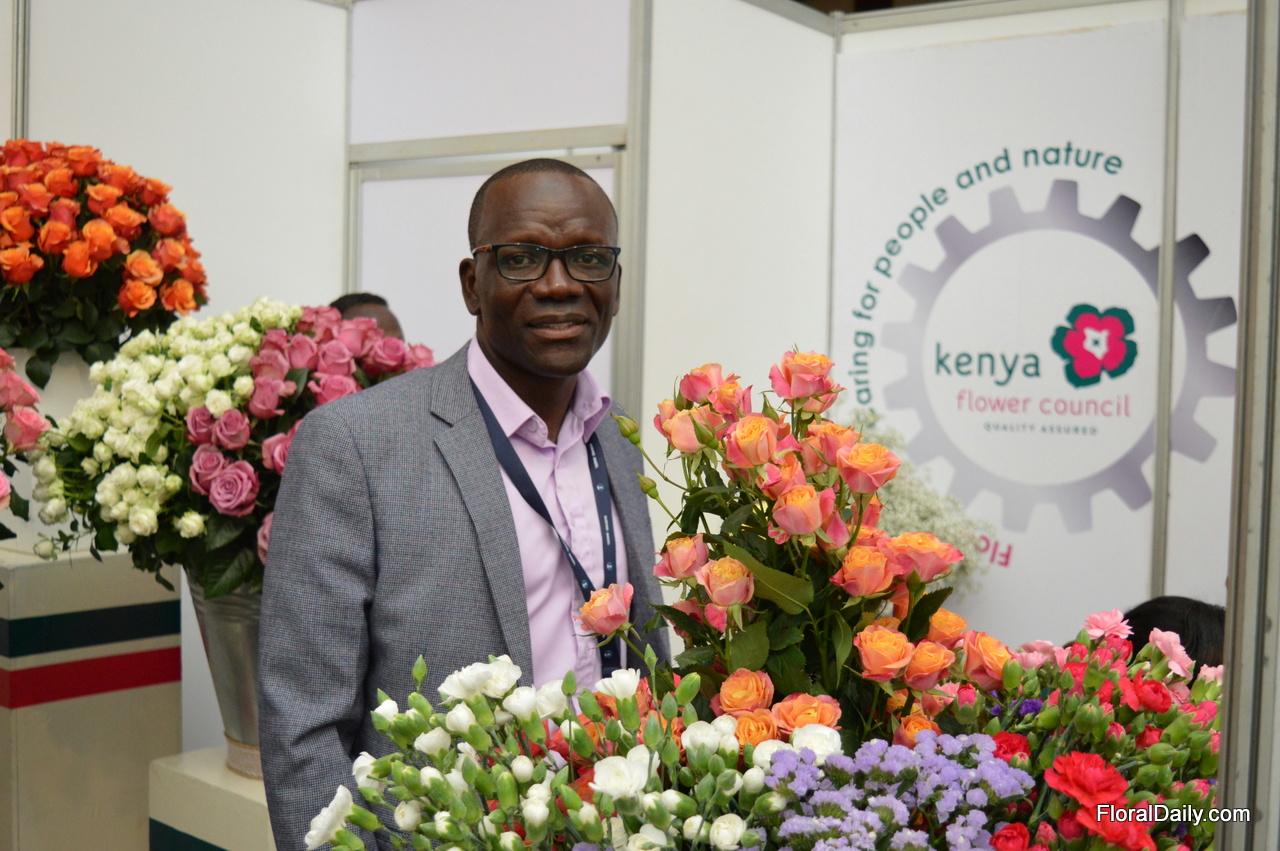 COVID-19 crashed demand
Hopes for 2020 were high. "With the shortage of fertilizers, the rainy weather that decreased the production of flowers and the low prices on the auction, 2019 was not as good as 2018. So, for 2020, we had more hope. Despite the rain, we thought we would have a good Valentine's Day, going into Mother's Day. However, when coming out of Valentine's Day, in March, COVID-19 threw a spanner in the works. We lost demand in our major market, Europe." Close to 75 percent of Kenya's production goes to this continent. By the end of March, only 20 percent of the flower production left the country. "The demand for flowers on the direct market as well as on the auction was very low; we'd never been at this point."

Keeping the industry going
In order to keep the industry going, KFC encouraged the government to keep the supply chain moving. "The floral industry is Kenya's biggest industry after tea. So, fortunately, the government allowed the farms to continue. They complied with all sanitary regulations and so far, no COVID-19 cases at any farm have been reported. Also, with special KFC passes, the flowers could be brought to the airport without any delays." However, not that much product went to the airport as demand was so low. So, in order not to let the farms close their doors for good, many sent their seasonal workers home and their permanent workers on paid or unpaid leave. "Around 85 percent of the 150,000 workers at the farms are permanent workers and none of them lost their job." At the moment, farms are doing around 65 percent of what they were doing. In March, growers basically maintained the crop, harvesting it and composting the unsold flowers. In this way, growers can quickly ramp up production when demand starts to increase."

The challenge of freight capacity
And the demand started to increase in the first week of May. However, then freight capacity started to become a big issue. "By the second week of May, we needed 3,500 tons of capacity, but we only had 1,500. As a lot of exporters stopped shipping, when the demand was so low, a lot of freight companies started to look for a market elsewhere as there were not enough flowers to transport. Medical supplies became a major cargo for them and there were other countries that were willing to pay a lot of money for it, so they left Nairobi. So the prices of the airlines that were willing to take the flowers was three times higher."

Fortunately, four weeks ago, in the run-up to Mother's Day, they saw a bit of improvement as a few other airlines came to support them for this holiday. "Prices were still more than double compared to the pre-COVID situation, but the industry was able to move a bit more flowers. Now, prices are still high and talks are going on with Kenya Airways, an airline that usually only did passenger flights, but started to ship perishables during the COVID-19 crisis, to bring their costs down. "Last week, the government announced that they will support Kenya Airways with 1.5 billion Kenyan Shilling (15 million USD)."

How to move on?
According to Tulezi, it is important that the government gives the exporting growers their VAT refunds, in other words, some cash to give them some flesh on their bones. "On top of that, we need to attract the airlines back and therefore we are talking with a lot of them to let them consider Kenya as a major business hub for fresh produce. We are after all among the top 3 producers of fresh products, with flowers being the most exported items." Fortunately, the flower industry is now going into the "low season" but already in 3 months, it is high season again, so things need to move quickly. "We've asked the government to allow passenger flights as soon as in other countries this will be allowed. Then, as 40 percent of the fresh produce comes with passenger flights, it will free up some space for cargo flights for flowers."

Kenya is currently in partial lockdown and the government is planning to open up slowly from June 6.