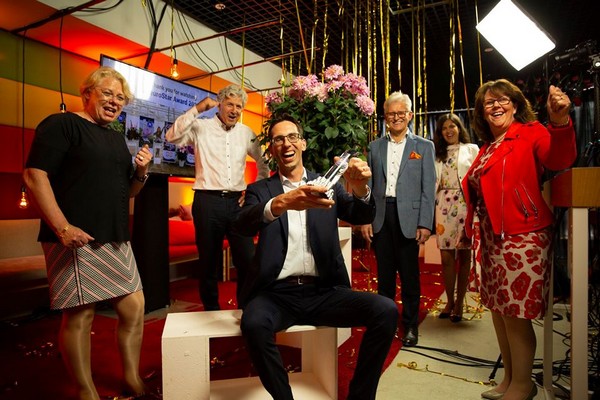 The jury stated: "What a beauty! The color and size of the flowers truly takes your breath away. Sincerity is an outstanding centerpiece for larger containers and really catches the eye in borders. Consumers will love the huge blooms that ensure a colour explosion for later summer flowering."

Super proud Dahlia breeder Ronald Snijder about this achievement: It is a wonderful product; Sincerity has amazing flowers as big as my hand. This Dahlia originates from the Verwer breeding program, is suitable for various pot sizes and also a perfect landscaping plant. On top, it is an easy to grow and care product, grows quickly and can handle all types of weather conditions. It is simply a jewel in your garden!”

Michael Kester is also extremely proud: “This is an important achievement; for our breeder, our customer and the whole chain, because innovation brings value to the market. We need this kind of innovations in our industry. Personally, I love this plant. This is more than just as product, it’s beautiful. Dahlia is a very strategic crop for us and there is more to come. I was keeping my fingers crossed till the end in the hope that we would win, because we had very strong competition.” 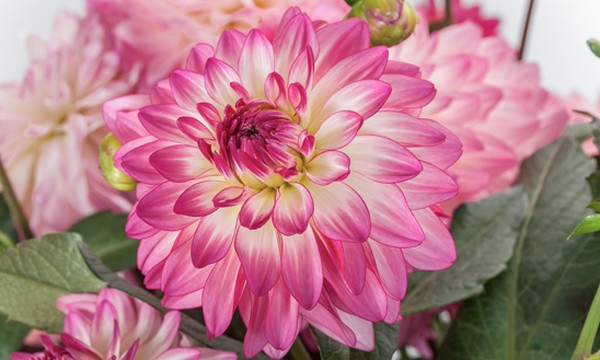 Dahlia Sincerity, the king-sized flower
Sincerity from Syngenta Flowers is all about giant and dazzling. This new Dahlia’s fully double flowers can reach a diameter of over 20 cm. Sincerity features a multitude of early blooms showcasing large pink and white bi-color flowers with just a touch of yellow at their centre. This newcomer is compact and well-branched, providing a well-shaped backdrop for the showy blooms. Displaying best in mid to late summer and early autumn, this Dahlia is a smart choice for landscaping and large planters, or to fill the first holes in perennial borders. Sincerity is an excellent garden performer with massive colour impact that will convince retail and consumers for many years to come.

Award Ceremony with Live Stream
In line with the current COVID-19 regulations, this year’s FleuroStar winner was announced during a live event which could be viewed online. Two representatives of each participating company were invited to Floralis in Lisse for a ceremony with respect for social distancing. Over 100 persons followed the show via the live stream on the Fleuroselect website and Facebook. The recording of the show can be reviewed via both channels, but below we give an impression of the ceremony with some screenshots made during the ceremony. 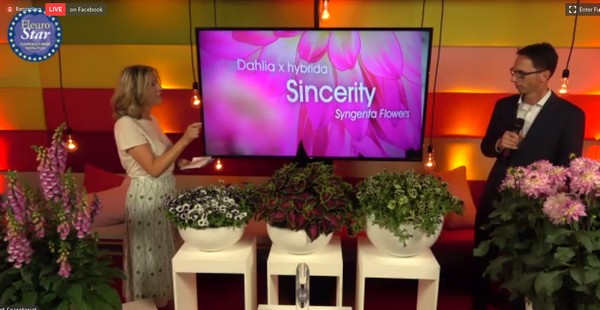 Before the awards ceremony, the 5 participants got the opportunity to present their products. Here, Ronald Snijder of Syngenta Flowers Europe gives more info about Dahlia Sincerity. 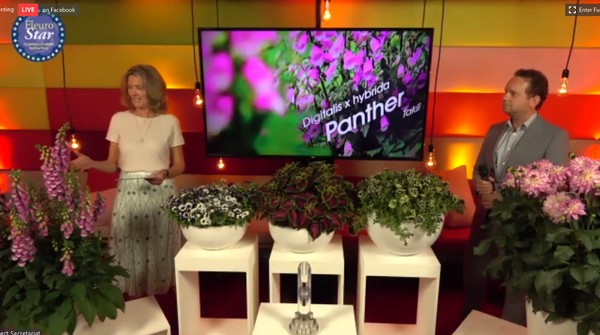 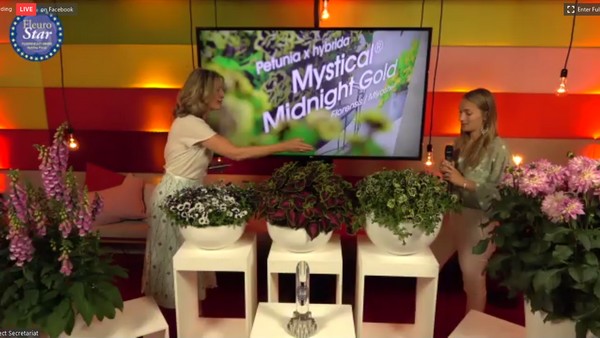 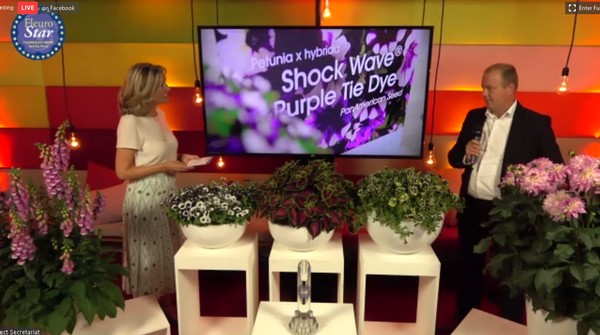 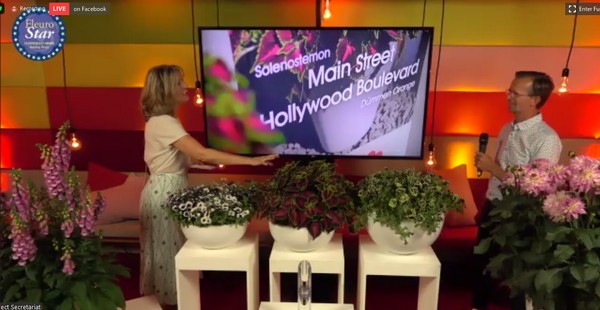 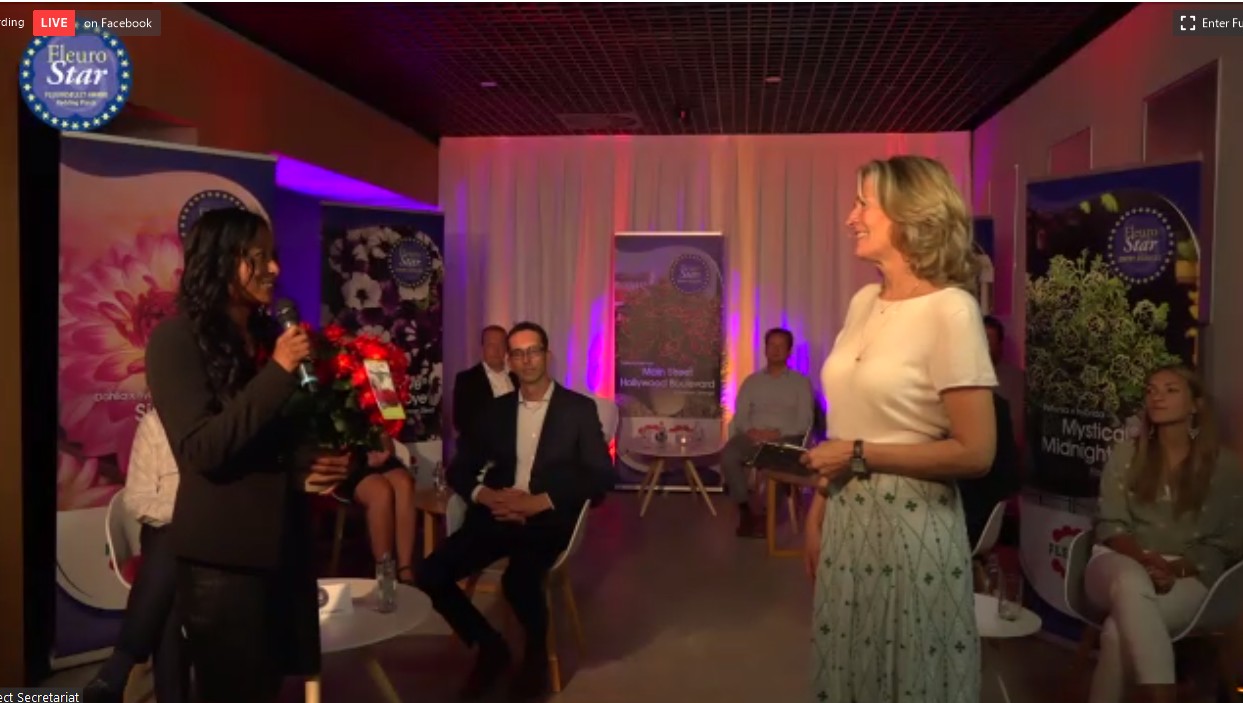 Sirekit Mol of Beekenkamp Plants, who won the FleuroStar Award last year with begonia Dreams Garden MacaRouge, tells about their experience after winning this award. 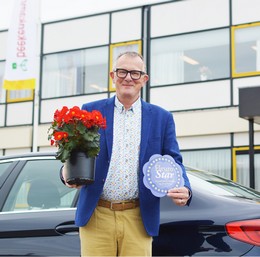 caRouge proudly carried this title for the year, but now it is time to hand over this prize to someone else. “With tears in my eyes, I removed the winner plaque with the Fleurostar this afternoon from behind the back window of my car,” Marc Driessen, Director of Beekenkamp Plants Ornamentals, said in an announcement on their website. “Last year, on the day of the announcement, he said; If we win this prestigious award, I will keep the plaque in my car for a year.” And so it happened. The plaque has been in many places. Whoever becomes the new winner, we sincerely wish them that they will enjoy it as much as we have had. ”

The Fleuroselect Award has brought the MacaRouge a lot advantages throughout the chain. In addition to all the media attention, the winning plant was visible on various TV programs and exhibitions. The MacaRouge has also generated a lot of attention virtually.

Ans van der Velde, Manager Breeding, already indicated last year that winning this prize is a nice reward and confirmation for the breeding profession. “This gives us an extra boost to bring new, better and special products to the market. Certainly with the future arrival of the new breeding location, we hope to be able to earn the Fleuroselect award again soon ” 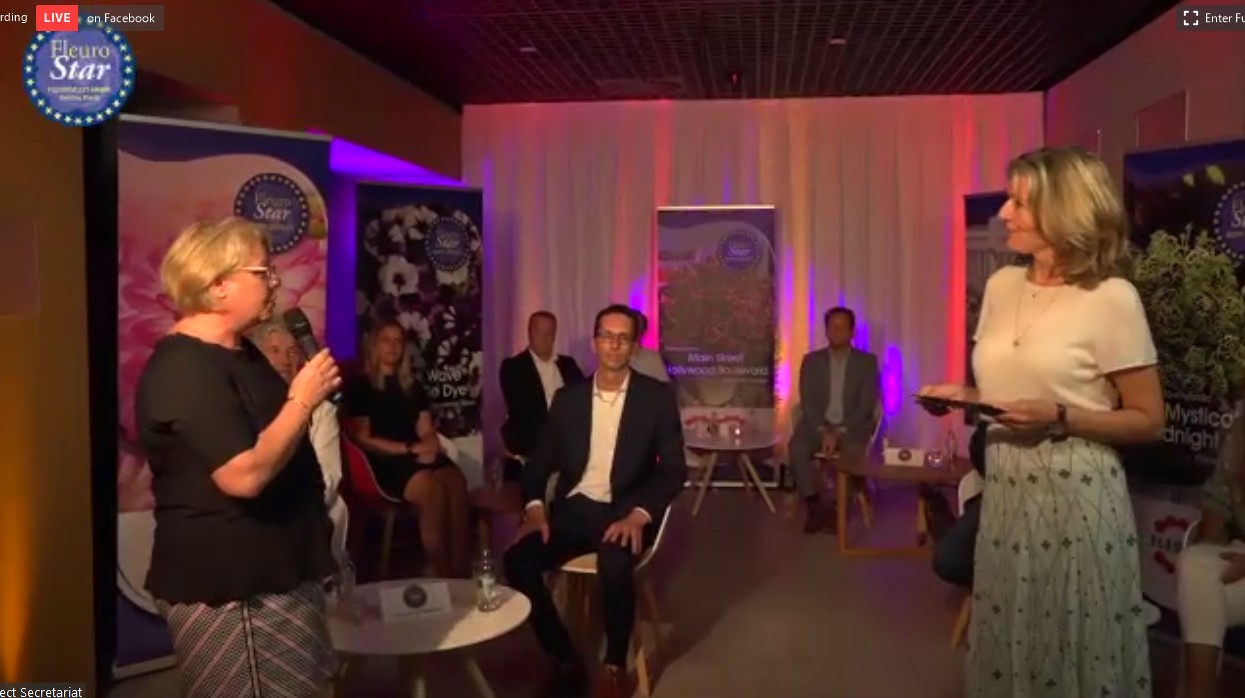 Time for the award ceremony. Heike Gronemann, Chairman of FleuroStar about to announce it. 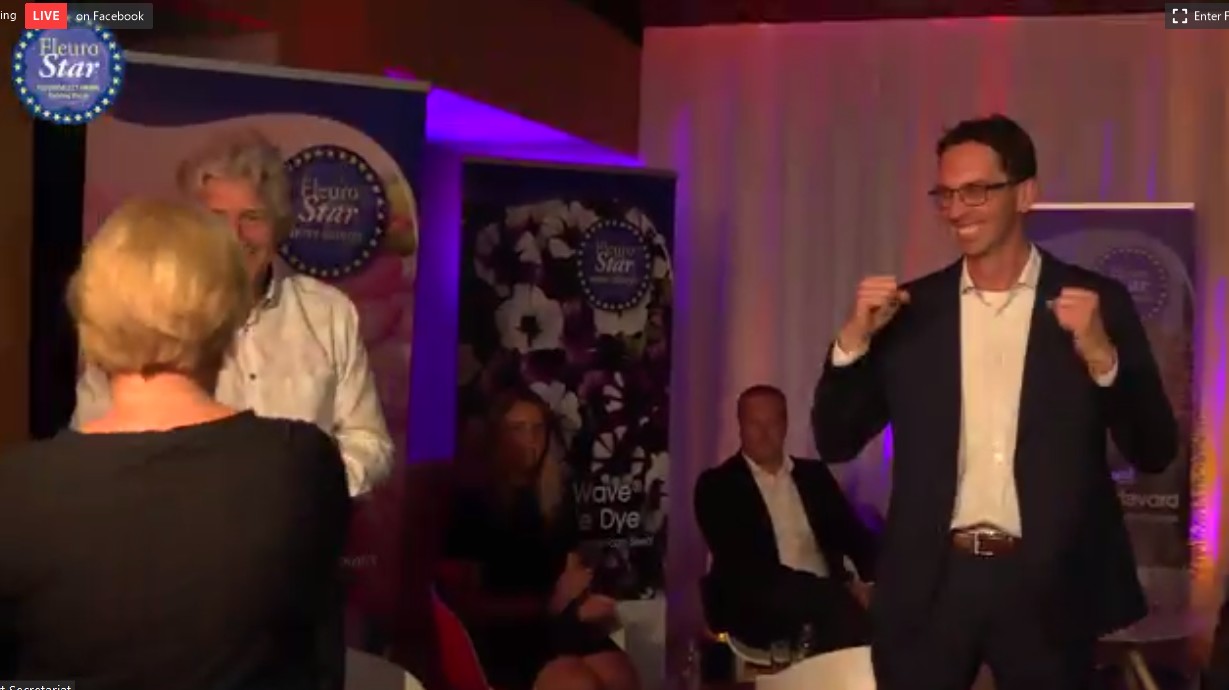 And the winner is.... Syngenta Flowers.

Extensive marketing support
The new FleuroStar winner will receive considerable marketing back-up to turn its go-to-market strategy into a success. Contest organiser Fleuroselect will conduct a promotion campaign with international trade and social media and promote the new winner at trade fairs and industry events.

Also other industry players are offering support to FleuroStar. Waterdrinker, a major Dutch wholesaler selling to international garden centers and florists, will offer premium product placement during 3-4 weeks at its Green Trade Center next season. Stokvis, the production house behind various Dutch gardening television programmes, will feature the new winner extensively in its star television show 'de Grote Tuinverbouwing'. Pull Position, a marketing agency specialised in retail promotion, offers a tailor made marketing project whereas DeschPlantpak dedicates a lifestyle photo shoot and matching pot layout, made by their design studio, to the new winner.

Kingfisher and Hagebau join FleuroStar Jury
In total, over 30 professionals in breeding, production, trade and retail evaluate each entry on point of sale attractiveness and commercial potential. Each jury member has seen the physical plants, either in person at the plant line-up at Takii or via one of the dedicated Zoom sessions..

Heike Gronemann, Chairman of FleuroStar Jury: "We are very proud of the fact that high-level players in the market such as Obi, Intratuin, Jardiland, Waterdrinker, Royal Lemkes, Van Dijk Flora and Royal FloraHolland are willing to assess our candidates. We are particularly honored that Tim Clapp from Kingfisher/B&Q and Eike Jöddicke from Hagebau have agreed to join our panel this year. FleuroStar's success and credibility is due to the diversity and expertise of our jury."