A first for Kwekerij Zijdezicht, a plant nursery in De Lier, the Netherlands. The one and a half hectare extension of the chrysanthemum and aster nursery is fully equipped with a fire-resistant cloth. A cloth fabric that has only just been released on the market. 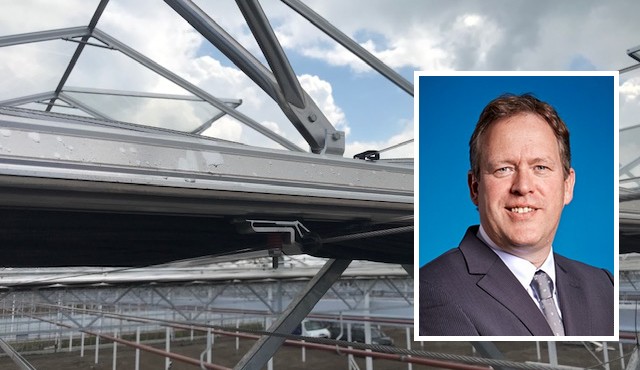 Brand new facade cloth
Nicolon vertical screen white white is what the screen cloth is actually called. El Flaco installed it in all the pathways, intermediate walls and facade walls. The vertical cloth was supplied by fabrics producer TenCate Industrial Fabrics. "Many growers use ground cover as an intermediate wall cloth," says Klaas-Jan de Ruiter of TenCate. "They do not completely shut out the light and also are not fire-resistant. Because only fire-resistant screen cloths can be insured, we wanted to develop a special vertical screen cloth that is not only fire-retardant but also an affordable alternative to the ground cover. Last week, this cloth fabric underwent a test to obtain a fire resistance certificate. The screen cloth achieved class 2 in the NTA8825 test method. That is quite special for a vertical cloth.” 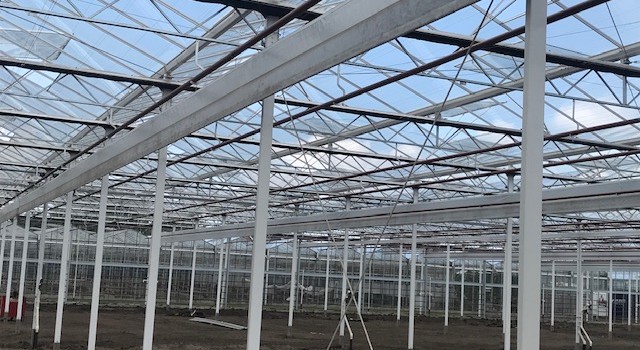 European market
Ten Cate Geosynthetics is a Dutch company with a long history in technical fabrics in road and civil engineering. They are also active in horticulture, under the name TenCate Industrial Fabrics. The United States is the largest market for them. Klaas-Jan was appointed to gain a foothold in the European horticultural market. It is up to him to compile the product assortment for the European market. “The goal is to eventually become a total supplier for technical fabrics in horticulture. We already have shade cloth fabrics, windbreak mesh, insect mesh, hail nets, ground cover, foliage tightening cloth, and in the future we want to expand with screen cloths.” Not only the existing products will be brought to the European market, but also new products are being developed. For example, last year a foliage tightening cloth was introduced. Now the vertical screen cloth has been added, which was first installed at Kwekerij Zijdezicht. 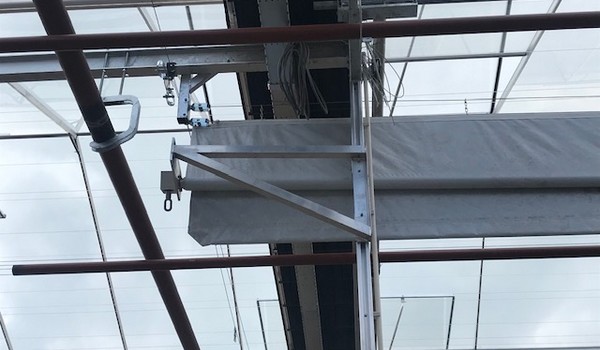 Screen profile
In addition to the new vertical cloth, El Flaco also installed the ValkTriplePlus screen profile with blackout cloth, type RBO 100 FR WB + B. “This screen profile scores better than its predecessor(s) in three important aspects: light gain, flexibility and assembling speed”, according to El Flaco. “Screen profiles are generally narrow at the top and wide at the bottom. For this profile it’s the reverse. The narrow bottom of the profile produces a smaller package of screen cloth. The wider top keeps the profile strong. In addition, it also limits the blousing of the new screens when opening them. The screen profile also has the possibility to secure plastic wire guide blocks, and can be installed rapidly thanks to prefab rubber seals.”