He feared the worst, mid-corona crisis. He thought he might have to approach many growers 'hat-in-hand'. But, things aren't that bad, after all. "I expected much worse," says René Polak of the German company, BLV Licht- und Vakuumtechnik GmbH.

"There are, of course, companies that are struggling. However, there's often enough money. Even if it's just to replace bulbs and printed circuit boards. We've even received a few new projects already."

Replacement market going well
So, there's light at the end of the tunnel, albeit a small one. René's been sitting at home for two months. That alone makes him glad to be back on the road. But, many farmers are also feeling more optimistic than René expected. So, he's looking ahead eagerly again. "We've already received some new projects again. And all the while, I was concerned that many projects would be postponed."

René sites rose cultivation as an example. There, the corona crisis is benefitting the growers. The lack of air travel has hit their African competitors hard. "The replacement market in, for example, this sector's going well. They're also considering raising their light levels. All positive developments."

Things look good internationally too
Of course, even just replacing bulbs and circuit boards costs money. But, that's always the case, says René. Also on the international front. "The lighting market in other parts of Europe hasn't ground to a halt either. So, I hear from my international colleagues."

René hasn't seen so many new construction projects yet. BLV has, however, sold a few projects already. "But, it's not unusual that not much is known about these yet. They only come into play in the autumn." 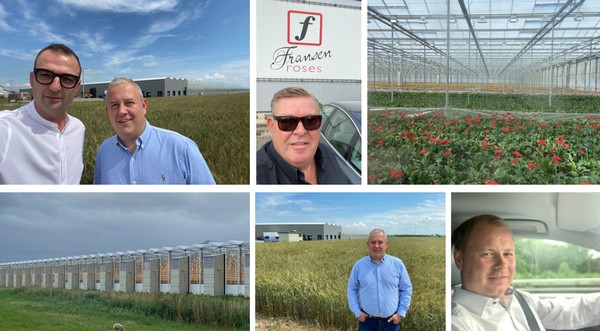 Extra stock in case of a second wave
The coronavirus pandemic may have affected farmers. But, naturally, it also had an impact on lighting producers like BLV. Yet, the timing of the pandemic was, oddly enough, 'quite favourable'. In as far as you can put it that way, says René.

"Factories are normally quieter in spring. They don't produce large amounts at that time of year. That happens toward the end of the year. Then growers need to replace bulbs, circuit boards, and whole light fittings. We usually deliver these in July and August."

If there were to be a second wave, BLV's prepared. "We have and build additional stock. So, we can anticipate a possible second wave. Projects, therefore, don't have to come to a standstill. Even if everyone's health takes precedent as it did in the last lockdown," René concludes.