In rural New York, a flower grower discovers her joy

When it comes to flowers, Kate Lindhorst has come a long way in a very short amount of time.

Lindhorst is the owner of Blühen Acres, a flower farm in Nichols, New York, that specializes in bouquets that Lindhorst makes herself.

But a few short years ago, flowers were not even part of her life. 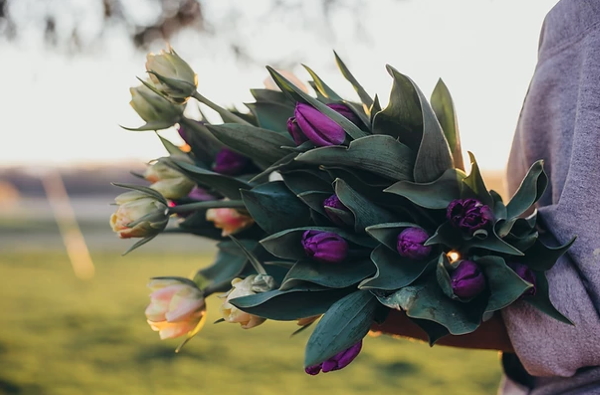 “I was really part of that crowd that thinks, ‘Why would you even buy flowers when they don’t last?’” she said. “I just really underestimated the joy that you can get from them, from receiving them and giving them. It’s not something I fully understood until I started doing this.”

That joy has spurred the hard work that Lindhorst has invested in starting her business from scratch. She grows more than 50 varieties of flowers on a half-acre of a 30-acre former dairy farm where she lives with her husband and three children. 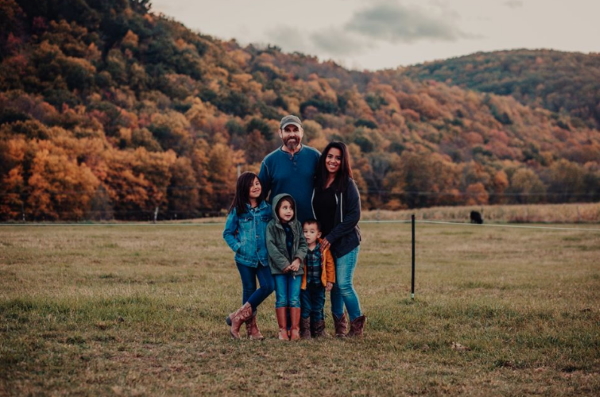 Since she opened Blühen Acres in 2019 with an announcement on Facebook, her bouquets by subscription have been in steady demand. She also offers à la carte flowers for weddings and special events. She takes another step on July 11 by opening a flower shop on the farm where she will sell her bouquets as well as floral accessories, such as vases, planters, flower-related books and floral-scented candles.

The shop was both a dream and practical move.

“It’s sort of a dream to do it but I didn’t expect to come to fruition so quickly,” she said.

The practical aspect is that it will give customers a place to pick up their bouquets.

“We had a drop-off location last year, and it just proved to be a lot of work,” she said. “It was a lot of logistics, trying to get everything lined up and making sure people had picked up their bouquets. I just want to make sure everyone is well-served.” 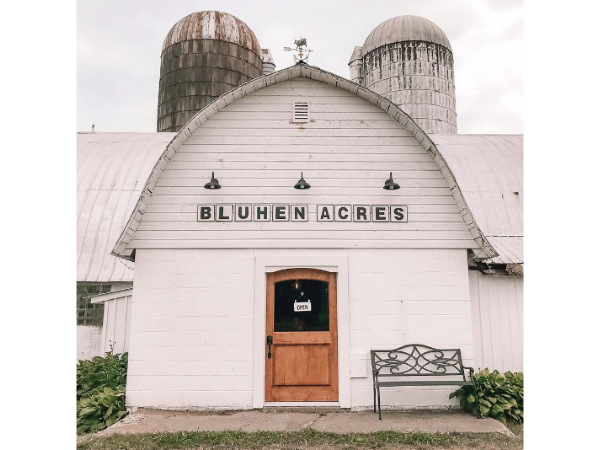 Both Lindhorst and her husband, Rand, grew up locally, a rural area on New York’s southern border near the Susquehanna River. Lindhorst was never involved in agriculture – “I had never grown anything, not even a garden growing up,” she said. Rand, however, was raised on a dairy farm, and farming goes back generations through his German roots. The name of the farm is a nod to his heritage – “blühen” is German for “bloom.”

The couple bought the 30-acre farm in 2018 with an eye on raising beef cattle. Eventually, Rand wants to open up his own butcher shop on the farm. They also wanted to raise their children – ages 3, 6 and 7 – in a rural environment.

The idea for a flower business came to Lindhorst as the couple was closing on the farm, and she realized they had all this open land.

“It’s kind of a running joke that I don’t know if the flowers found me or if I found the flowers,” she said. “I just like woke up one morning and I just keep thinking, we have so much space now. And I was a stay-at-home mom, so I didn’t really have anything that was just my own.” 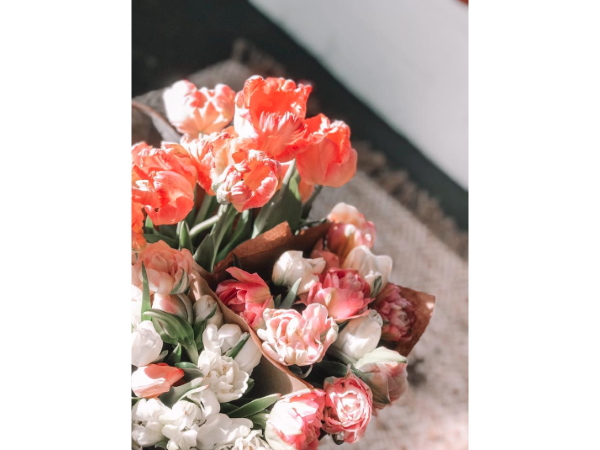 Lindhorst embarked on learning all she could about growing flowers.

“It was a lot of research and reading,” she said. “I don’t like baby steps. I want to do things all in one fell swoop and get them done.”

“We really applied everything we learned and just went for it,” she said. “We reference it often, even still.” 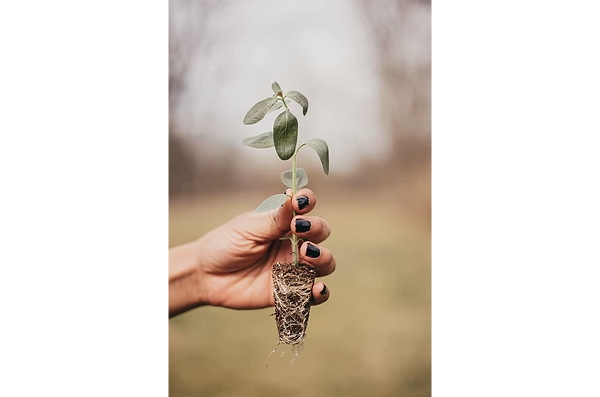 As she laid the groundwork for the flower farm, she kept her plans pretty much to herself. As part of the preparations she built a Facebook page for the farm. When she was finally ready to open, she mentioned the farm and its Facebook page on her personal Facebook page.

People who knew her were surprised. The response was almost overwhelmingly.

“It really did blow up very quickly,” she said. The farm soon reached its limit on bouquet subscriptions.

What she grows is based on the area’s climate and the local population’s taste in flowers. “People around here like really classic flowers, things that are nostalgic, like sweet peas, because their grandma grew them,” she said. 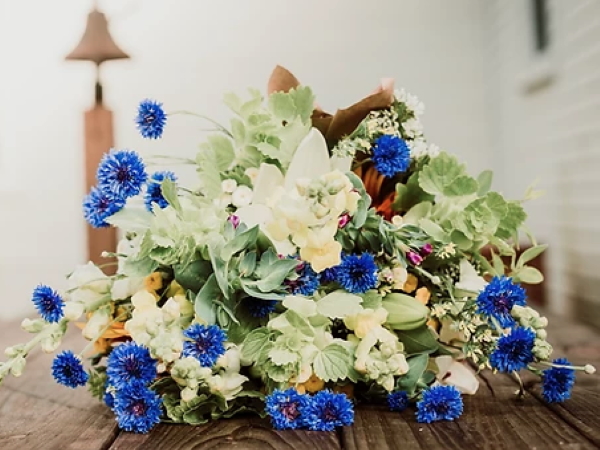 Blühen Farms has always been an organic operation. Lindhorst sought American Grown Certification to give her customers assurance about how and where their flowers are grown.

“It’s important, especially now, that we know where things come from that you bring into your home,” she said. “That’s true with food, and with flowers, too. It’s a conversation that’s important – how was it grown, where did it from, what chemicals were used – and we want to be a part of it. It gives our customers a sense of security because they know how we grow and what our practices are.” 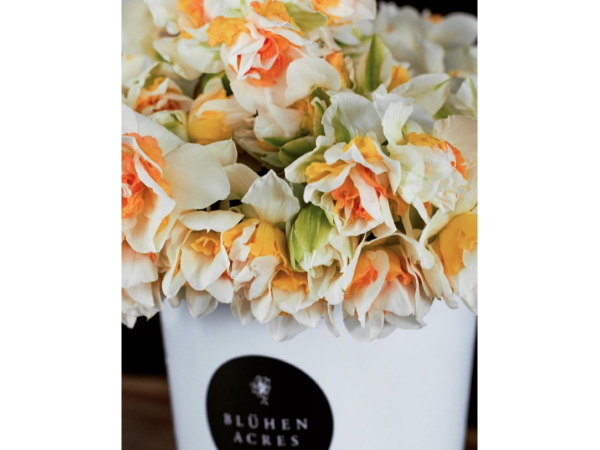 Since opening the farm, Lindhorst has learned that there’s lot more to selling flowers than just growing them. The amount of administrative work has been eye-opening as well as just how much work it is for one person and how much she has to put herself out there as the face of the business. Still, there’s that joy.

“I never expected how much joy it would bring me to share things with people,” she said. “Everybody has a story when they come and pick up their bouquets. Everybody has memories attached to flowers, and that was unexpected.” 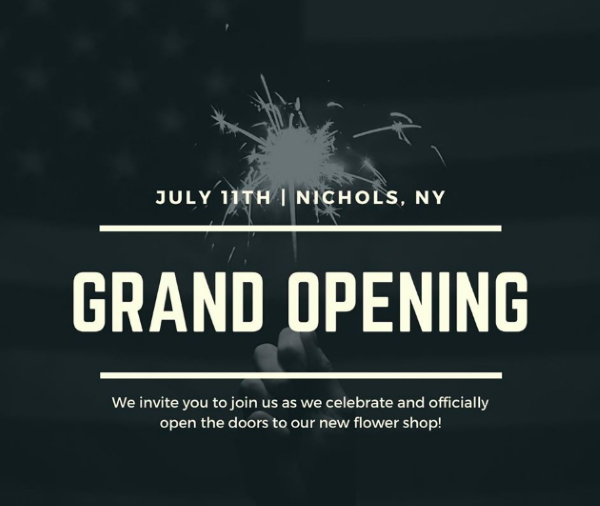