Saunders Brothers, Inc. and NewGen Boxwood, introduced by Saunders Genetics, LLC, were instrumental in the renovation of the White House Rose Garden, unveiled to the public by First Lady Melania Trump on Saturday, August 22, 2020. The iconic space had changed very little since 1962 and a major overhaul was long overdue to protect and maintain the garden for future generations. In June 2020, the Saunders were invited to the White House to consult with landscape architecture firms Perry Guillot, Inc. and Oehme, van Sweden and Associates on options for boxwood cultivars. This collaboration was the first step in a process that culminated in the selection and installation of over 400 Saunders Brothers boxwood, including 350 NewGen Independence® from the NewGen® Boxwood collection. 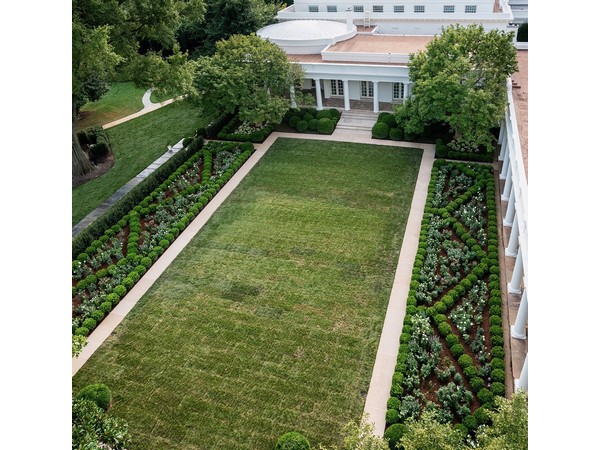 “The most renowned garden in America was in trouble,” said Bennett Saunders, general manager of Saunders Genetics and co-owner of Saunders Brothers, the parent company of Saunders Genetics. “I had
seen the problems from TV news coverage in the Rose Garden. An intensive garden like this needs to be renewed every 20-25 years. The boxwood were suffering from insect and disease damage. On top of that, they were in danger of attracting Boxwood Blight, an invasive fungal disease that entered the United States in 2011.” 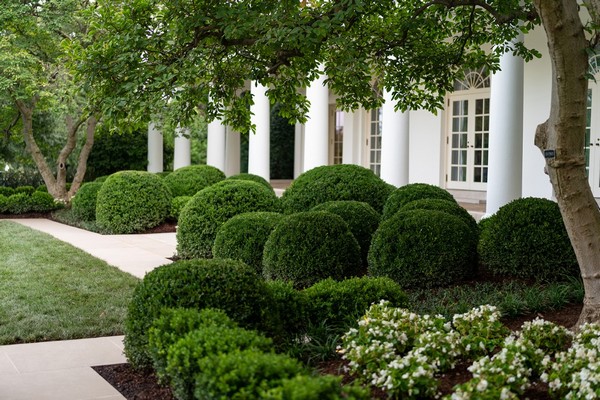 Saunders Brothers advised the project committee in the selection of better Boxwood Blight resistant NewGen Independence for the formal parterre hedges. Identifying Boxwood Blight resistant cultivars for the update was specifically a part of the master planning. Saunders Brothers also supplied more than 50 large ‘Green Beauty’ boxwood to create the pairs of groupings of specimen shrubs that frame the sides
of the Presidents step landing outside the Oval Office. In July, assisted by the Saunders team, landscape architect Perry Guillot personally selected all the specimen shrubs from the Saunders Brothers farm fields. 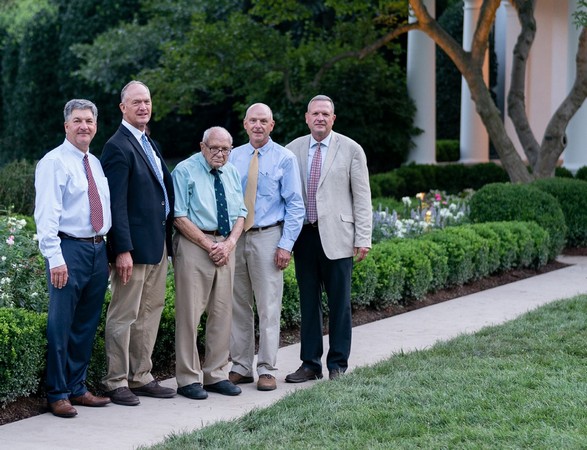 The Saunders family’s integral connection to the Rose Garden spans two generations. In 1962, Paul Saunders supplied 1500 boxwood for First Lady Jacqueline Kennedy’s historic Rose Garden initiative. Paul
and his sons Tom, Bennett, Jim, and Robert now manage Saunders Brothers, Inc., and have continued to supply boxwood and consult with the White House throughout the years, highlighted by the extensive renovation this summer. 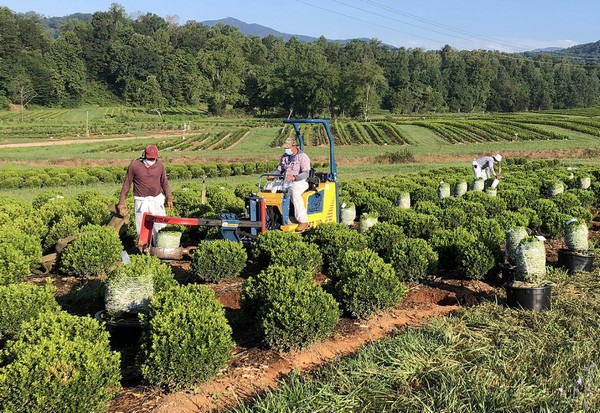 “The Rose Garden is an American treasure that has been spectacularly restored to a classic design similar to the original design of 1962,” said Robert Saunders, general manager of Saunders Brothers. “It is an honor for our company to continue a 58-year tradition of assistance to the White House Rose Garden.” 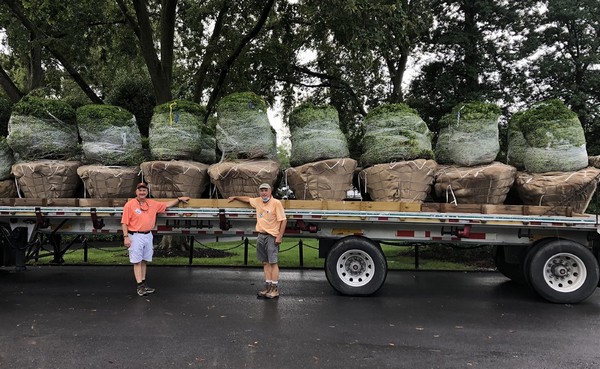 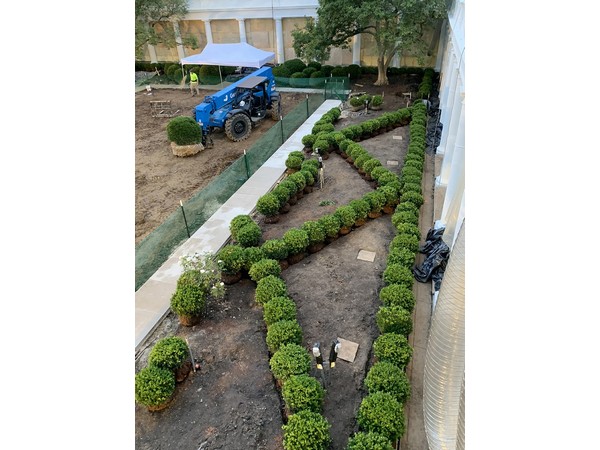