For more than 30 years they have bred hibiscus, the last few years they have added poinsettia and dipladenia / mandevilla and now, they are introducing their own-bred lavendula stoechas. The company in question is Danish breeder Graff Breeding A/S. Five years ago, after a request from one of their HibisQs growers, they started breeding. Last year, they successfully trialed their Q-dula Purple Emperor in both North and South Europe and North America and are eager to start up commercial trials in more countries around the world. 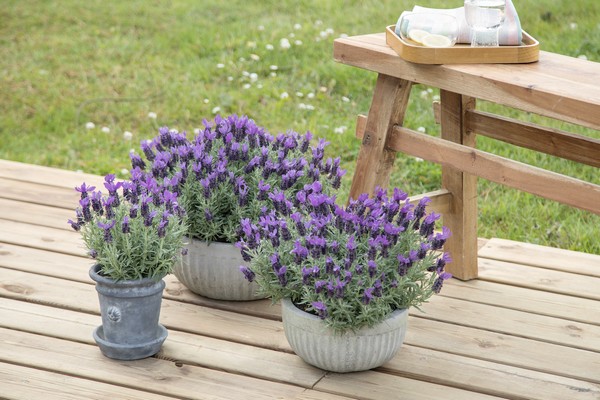 How it started
It all started with a hibiscus grower who was dealing with restrictions in water use, explains Poul Graff. "He proposed to start breeding lavendula'." However, Graff wasn't persuaded right away. After asking different of their growers and receiving positive reactions, he took the plunge. 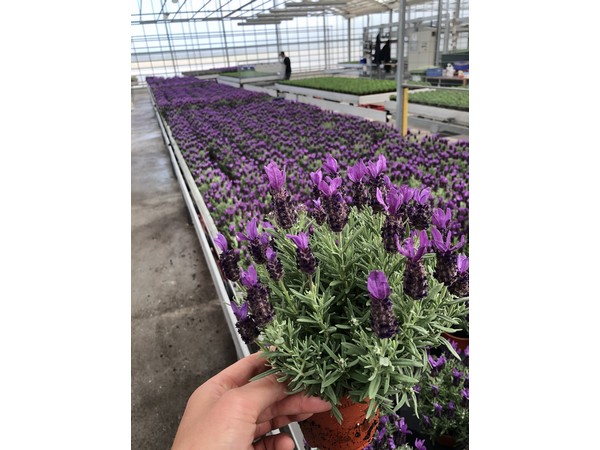 Q-dula® Purple Emperor in the greenhouse

How to stand out?
So how to stand out in a market with so many good lavendula breeders and varieties on the market? "Yes, that was our first thought as well", he laughs "but after discussing the options with our growers, we decided to take the same approach as we have for our other varieties we breed, which is 'consumer focus'. So instead of the grower's demands, we prioritize the consumer's demands."

So, when selecting, they first paid attention to the blooming period of the lavendula stoechas, which according to Graff is one of the main characteristics a consumer is looking for. "A long blooming period adds value and the one variety was reblooming again and again after about three weeks. Furthermore, this habit makes it very interesting for combinations, eventually with mandevilla, hibiscus or other major patio plants, in turn adapting well to the current mix and match trend. 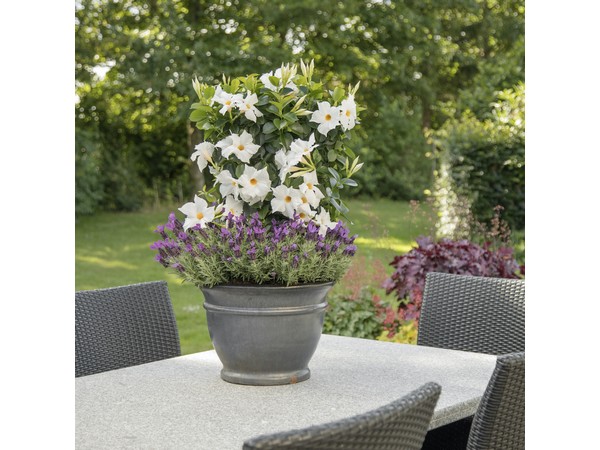 Then, we looked at the characteristics that are important to the growers and this same variety also here seemed to perform well. It has been commercially tested in both South and North Europe and North America and here it has proved its uniformity, plant health, upright growth, and capability for modern production methods in smaller pots – and outdoor production in larger containers. It might not be the fastest growing variety, but it has stiff stems, which makes it a very strong plant to transport."

Q-dula Purple Emperor
The variety who passed the trials successfully is now called Q-dula Purple Emperor. Q-dula is the  is the trade name for their new Lavender breeding line and match Graff's other lines of genetics like HibisQs, Q-deville, and Q-ismas Star. "We have decided to work with flower brands, where we use the letter “Q” in all our genetic lines; the “Q” reflects Quality and uniQue products, this letter is used as an alternative to the female sign ♀, and “Q” gives a red line through our breeding, which we call Q-genetic." 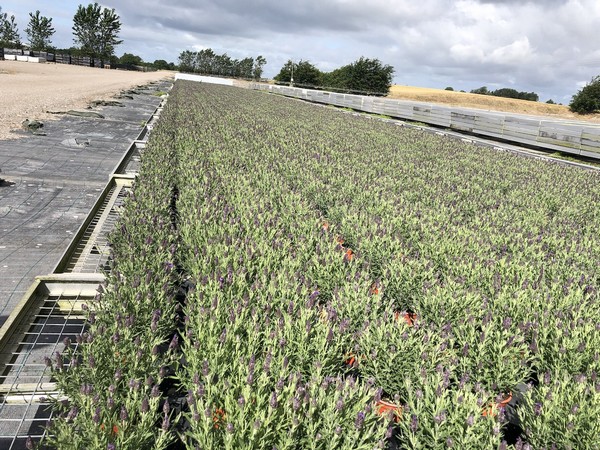 Q-dula® Purple Emperor in the field.

More in the pipeline
At Graff, they are not sitting still as they are planning to add more varieties to their lavender breeding line soon. "First we want to see how this variety will behave in the supply chain and then, we are planning to add new colors and an angustifolia variety.