On September 15, 2020, Plantpeddler hosted Iowa Secretary of Agriculture Mike Naig for a greenhouse facility tour and discussion with the Plantpeddler team. Mr. Naig’s interest was spurred by a recent visit and tour by Iowa Senator Joni Ernst. Before the tour, the Secretary disclosed that his grandparents were the previous owners of the Emmetsburg (IA) Greenhouse, so horticulture is in his family. During the tour of the production facilities, discussion covered a variety of topics including horticulture’s role in value added agriculture, the opportunities to diversify and grow production within the state, and risk management for growers, especially in light of the recent Derecho which destroyed greenhouses, businesses, and farm operations within the state. Mike was joined by two Iowa House members: Senator Waylon Brown, Representative Jane Bloomingdale, along with other local dignitaries and Plantpeddler staff. 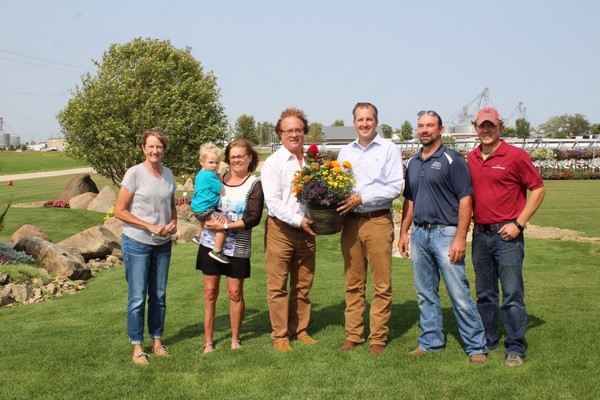 The venue provided an excellent opportunity to discuss the industry and topics important to the health of horticulture, both within the state and beyond. The Secretary was very attuned to the critical needs of the “confinement plant industry” and our parallels to the confinement livestock industry. The visit provided Mike with a view into the investment from breeding, through production, to consumers which drives our industry. 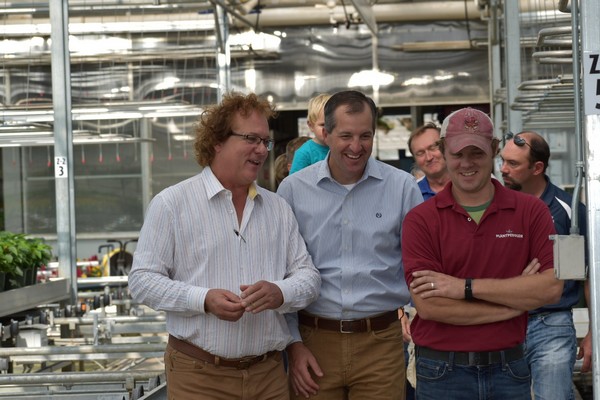 Background
Mike Naig, Iowa Secretary of Agriculture grew up on a family farm in the northwest corner of the state near Cylinder, Iowa. Early in his life, Mike learned the value of hard work by helping his dad and uncle run their crop and livestock farm. He continues to be involved in the operation today. Mike is a graduate of Buena Vista University in Storm Lake with degrees in biology and political science. He and his wife Jaime have three boys.

In September 2013, he became the deputy secretary of agriculture for the state of Iowa, serving under then-Iowa agriculture secretary Bill Northey. He served in this role until March 2018, when Northey was appointed Under Secretary for Farm Production and Conservation at the USDA, at which point governor Kim Reynolds appointed Naig to Iowa Secretary of Agriculture. 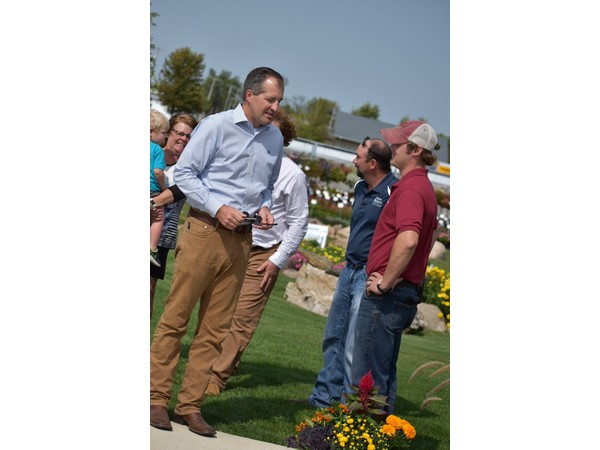 Plantpeddler is a major producer of Young Plants and “Retail Ready” Finished products founded in 1980 by Mike and Rachel Gooder. With their dedicated team, the company partners with the global community of leading breeders to deliver premium products to growers, retailers, and consumers throughout North America.