Webinar on sustainable use of energy in Polish greenhouses

The Embassy of the Kingdom of the Netherlands in Poland organizes an online seminar on circular energy solutions dedicated to greenhouse production. 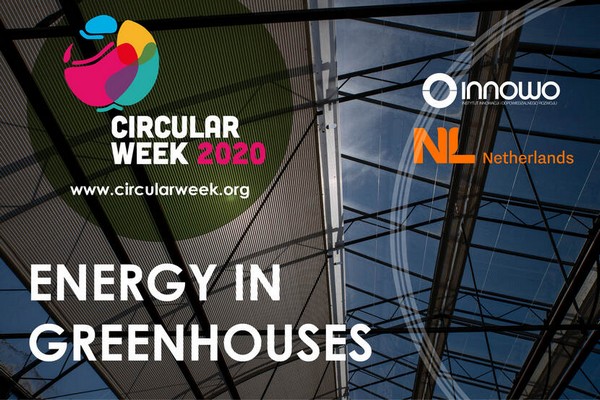 The webinar is a part of Circular Week in Poland. Image: Innowo

Plants need energy to create green mass, which then feeds the next member of the food chain. However, only 10% of the energy needed to produce the plant's energy mass is consumed by the next actor in the food chain. This means that plant production requires a very large amount of energy, which is why the issue of energy in plant production is such an important topic.

Greenhouse horticulture is developing steadily in Poland. More and more modern facilities are being built in the country. At the same time, the requirements of both consumers and various institutions in Poland and in the European Union make it more and more difficult to conduct production under covers. One of the challenges is the energy needed to run a greenhouse.

Threats
In recent years, electricity prices have risen, which directly translates into increased greenhouse production costs. But also a drought that regularly manifests itself may be a threat to the energy stability of a farm, because it is often water from rivers that serves as the coolant for power plants and, in the absence of it, electricity suppliers have a problem with providing energy.

Trends
The direction that the European Union has set in recent years is very clear and focused on actions leading to climate neutrality. Thus, it is certain that initiatives to improve the climate and develop renewable energy infrastructure will be (already is!) supported first, but will likely become a new reality in the long run with simultaneously phasing out of fossil fuels.

It is possible that in the long term, the consumer will also pay more attention to the carbon footprint of the products they buy, which will translate into customer choices. These types of trends appear very quickly and it is impossible to introduce immediate changes in the heating of greenhouses.