Floricultura appoints Milena Bijma-de Oliveira Cardoso as account manager for South America (excluding Brazil) and Southern Europe. Milena will be based in Heemskerk and she will commence her role on 1st November this year. As account manager for Southern Europe, she will succeed our current agent Silvia Feltri for Italy, who has decided to retire as from 1st of January 2021.

Silvia Feltri retires
Silvia Feltri is Floricultura’s agent for Italy. Silvia has decided to start enjoying her retirement, after working with Floricultura for almost 40 years. The collaboration started with her late husband Paolo Feltri who opened up the market in Italy for us. “Paolo and Silvia contributed significantly to the success of Floricultura in Italy,“ says Ronald van Geest, CEO of Floricultura. "We are grateful for the work they have done over the years. With Milena on board, Floricultura can further strengthen the ties with our Italian customers.” 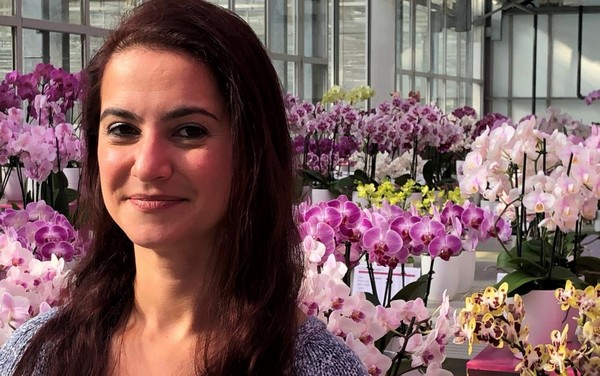 About Milena
Milena (37) grew up in São Paulo, Brazil. Before she moved to the Netherlands, she worked for language schools. Milena speaks three languages apart from her mother tongue Portuguese. Previously she worked in commercial roles in the international logistics industry, operating in South America. Milena is married and lives with her husband and 2 children in the Netherlands.

Areas of responsibility
As from the 1st of November Milena will serve the markets in South America, except Brazil. In Southern Europe she will focus on customers in Italy, Spain, Portugal and France. In Italy she will work alongside Adrie Smits, who will continue to be the Floricultura representative in sales and growing advise for the Cymbidium product group and Joop de Boer, who will hand over his Italian Phalaenopsis customers to Milena over the coming period.