Morel Diffusion continues in the hands of investment company Evolem

The French investment company Evolem took over cyclamen breeder Morel Diffusion on September 22. The talks between the two companies, uninterrupted even during the health crisis, were based on the mutual need for a continuity of the work carried out, but also on exciting development prospects for the future of the Morel Cyclamen and for the team in place. 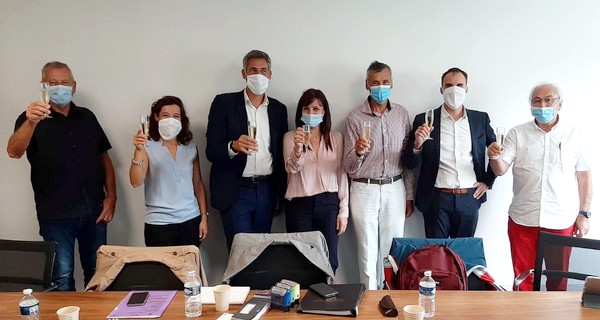 Morel Diffusion becomes the first company in the horticultural division of the Evolem group and will keep its name, its production sites and its teams, and ensures the continuity of its service in respect of all commitments done to its customers.

On the left: Eric Beaude, on the right: Olivier Morel

The century-old family business was until now run by the third generation of the family. As part of the operation, Morel welcomes a new Managing Director, Eric Beaude, agricultural engineer, with more than 20 years of experience in the agro-industrial world in general management or operations management positions.

Chairman Olivier Morel remains in the company with 30% of shares and says: “Thanks to its know-how in development and external growth, Evolem will allow us to accelerate our diversification and open up new perspectives".

On the strength of this structural evolution, the Morel Cyclamen confirm the slogan of their 100 years Jubilee: "100 years, and it’s just a beginning!"