The most viewed, longest viewed, and most innovative online booth

Last Thursday, online platform Thursd awarded three companies with a “Golden Thursd Bucket” as a result of its international online trade fair TOTF2020 that was held in early October. Rokus Hassefras and Roy van Kester received a Golden Bucket on behalf of Dümmen Orange for the most visited online stand. Örjan Hulshof received the prize on behalf of De Ruiter Innovations for the average longest viewed stand, and Tamara van den Berg-van Mil of Decorum Flowers & Plants was very happy with the award for the most innovative online stand.

Dümmen Orange – Golden Thursd Bucket for most visited online booth
Rokus Hassefras from Dümmen Orange: “The Thursd Online Trade Fair was a good alternative way for us to get to the customers. In a period when everything seems to be changing, we like to explore new developments, especially in the online field. And Thursd is one of them.” Roy van Kester of Dümmen Orange adds: “This online way of communication is really developing. We believe in the digital world.” 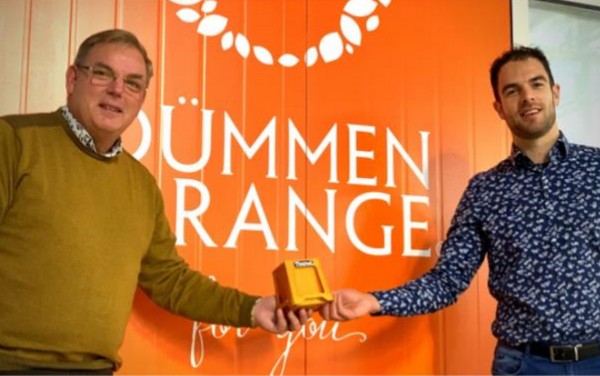 De Ruiter Innovations – Golden Thursd Bucket for the longest visited online booth
Örjan Hulshof, marketing manager of De Ruiter Innovations: “We have chosen to go all out on Thursd, and have received reactions from customers, and from our network about our exhibition participation during the TOTF. Many were unaware that in addition to cut roses and pot roses, we also have rose hips, anigozanthos, and hydrangeas. Of course, it is not that easy to measure, but I think overall, we had nice results of the fair. And of course, De Ruiter is very happy with this recognition, the prize for the longest viewed stand, because we have provided quite a bit of content ;-).” 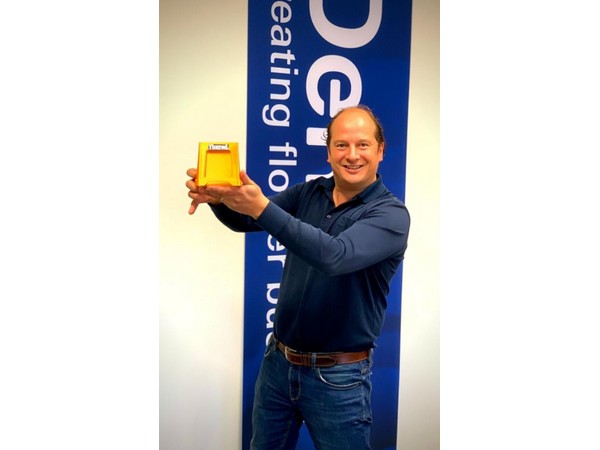 Decorum Flowers & Plants – Golden Thursd Bucket for the most innovative online booth
Tamara van den Berg-van Mil of Decorum Flowers & Plants: “Where others opted for an extensive story, we opted for minimalist, and we only communicated beautiful images of our innovations. With minimal text. This worked well, because there appears to be a lot of interest at the bare product level. Online works really differently, and our experience is that people like to scroll quickly and especially want to watch. Much text is probably not read anyway. Beautiful images work best to entice the visitor to scroll through the entire article.” 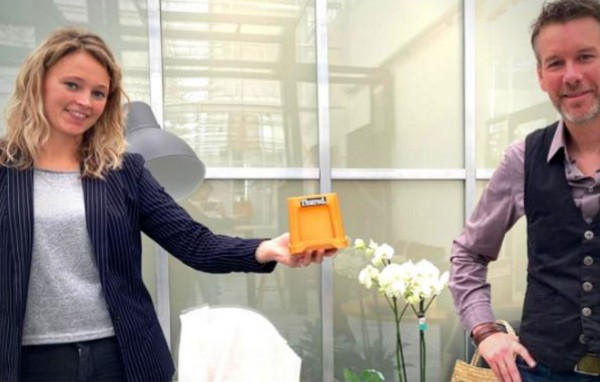 #TOTF2020
The number of visitors to the Thursd website was much higher in early October than before. “During the #TOTF2020, most of the exhibitors at the online fair also invited their own network to see Thursd, and you could clearly see that this had an effect. In this way everyone benefits from each other, just like at a real fair”, says Marcel de Romph. “In this time of corona, we see that online engagement offers significant added value compared to the existing contact options. Thursd is at the forefront of this with this online trade fair; the beginning of a new trend. A trend that will continue. Because now we know that the IPM unfortunately cannot take place, we immediately decided at Thursd to organize the #TOTF2021 at the end of January. I recommend interested parties to contact us for more information.”

The people and companies that are featured or mentioned on Thursd, such as growers, breeders, traders, influencers and floral designers, share Thursd's stories massively on their own social channels. In this way, they reach many people who then return to Thursd to find out more. Thursd's large international reach means that everyone on Thursd benefits from each other's reach.

The entire fair will remain online
The great thing about an online fair is that you don't have to break everything down afterwards. All 46 booths of the Thursd Online Trade Fair 2020 will remain visible online. Check out this link: https://www.thursd.com/thursd-online-trade-fair-2020/