"In general, the sales season for winter-hardy heather plants, namely the Calluna vulgaris brand Gardengirls, developed in 2020 better than in the previous year," says Rudolf Sterkel Sales and Marketing Manager of the Gardengirls brand when reviewing Germany's 2020 heather (calluna) season. "Due to the Corona pandemic, people travelled less and spent weekends and holidays at home, in the garden or on balconies and terraces. Home improvement and garden beautification projects started. The trend continued in autumn although not as strong as in spring or in summer." 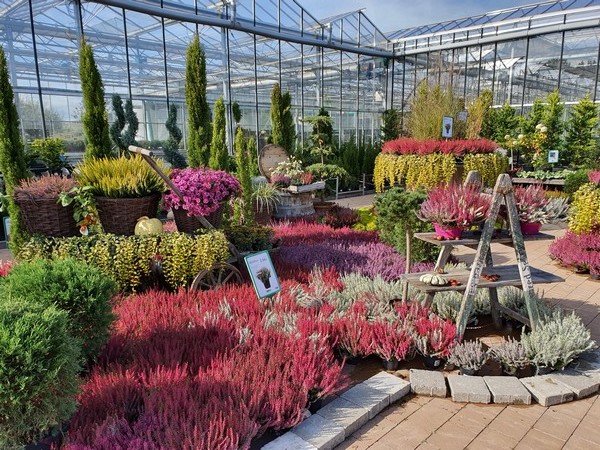 Strong start in August
According to Sterkel, the heather season started in August very strong with the early Summer Line. "Many growers did not produce their autumn flowering perennials, pansies and other crops due to the uncertain conditions when Corona first started. Garden centres and home improvement stores had to fill their shelves. Calluna came handy to dominate the late summer/early autumn sales."

After 'slow' September, shipping resumed in October
The first wave of demand was satisfied, but the September sales were not as strong as desired. Fortunately, in October the shipping resumed. "Many growers tending to the traditional German cemetery plantings started later, in October, rather than earlier. The temperatures in autumn were rising. The drought of the last two years makes it difficult to keep the quality of the plants in cemeteries beautiful until the important All Saints Day holiday, so the people decorate the graves later resulting in a spike of demand."

Late sales reflected in breeding
The breeding work of the four Gardengirls breeders reflect this trend to late sales. The company released many new varieties with bright red buds like ’Franca’, ’Irma’ and ’Lioba’. "The picture from the Calluna sales area in a garden centre in Southern Germany near the source of the Danube River shows the stunning quality of the late varieties. The Sunset-Girls, the varieties with colourful foliage, are spectacular this year and will keep their colour until spring. The Rasta Girls with the trailing stems gain more market share."

Picture on the left: Zilly. Two pictures on the right: Sunset trios

Demand surpasses supply
Last year, growers had to discard their product due to low demand by the consumer. This year, the shelves in the garden markets become rather empty and not the entire demand can be fulfilled, he explains. "This hopefully leads to an increased production of late varieties and fixed orders for better planning by the Calluna growers. Prices and the German Flower Auction in Herongen are higher than normal helping the producers to keep their operations financially sound."