From 600 to 1,000 watts is a significant improvement. Newer lights like these Horturion luminaries from the German company, BLV, are more efficient too. Dutch rose grower, Brockhoff, had been planning to replace their lamps for some time.  The recent increase in renewable energy tax cemented that decision. "That will cost us €135,000 annually. So our motivation was clear - we want to buy as little electricity as possible," says Barry Brockhoff. 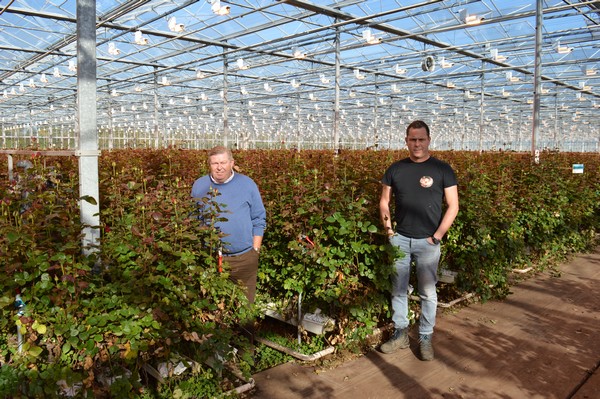 We spoke to Barry and René Polak, BLV's sales manager. BLV is a German manufacturer that's been producing light fixtures for several years now. They also produce the lamps' plates and all other parts in-house. "We can, therefore, be competitive," says René, "And we can bring extremely competitive luminaires onto the market. That's in terms of watt/µmol ratio. That's thanks to years of experience and development. Our fixtures are also, on average, 10-15% smaller. That minimizes the unavoidable light capture."

From 1 January this year, the levy on the purchase of electricity went up in the Netherlands. Except for the very largest growers, lighting is a particular problem. So too at Brockhoff. "This investment is going to help us cultivate even better quality roses," says Barry. "It will also help us to buy less electricity. The new luminaires are far more efficient. For the same amount of power, we have 20% more output. That means we can reduce 20% in hours too." 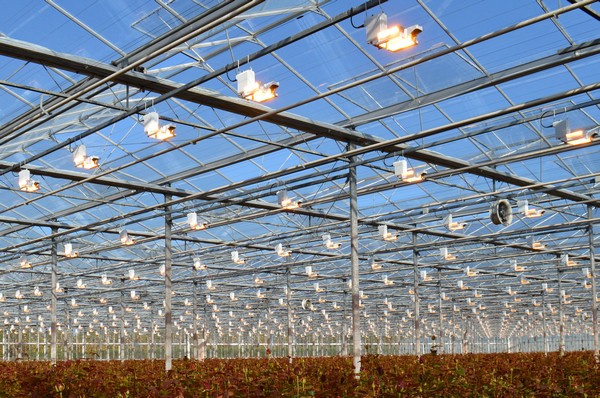 There's another logical consequence of the - in Dutch politician, Sjaak van der Tak's words -  'exorbitant' tax increase. CHP is getting an (extra) boost. In recent years, horticulturists have been encouraged to use less gas. This tax measure means the opposite is happening. "We're using less lighting, so it's dark for no more than six hours. But we have two gardens, and we can run them nicely one after the other. So, we can now run CHP for 24 hours. That used to be about 18 hours. We, therefore, use more gas, but save on buying as much electricity."

LED
Recently, Brockhoff, of course, also considered LEDs. But, both men don't think this is an option yet. At least not for the roses. Trials are being done, like in the research greenhouses in Bleiswijk, the Netherlands. But there are no rose growers that exclusively use LED yet. "It's still being developed," says René. "LEDs aren't warm. And for now, it's just not affordable either. Buying LED is a factor 3 to 4 higher than standard HPS lamps." 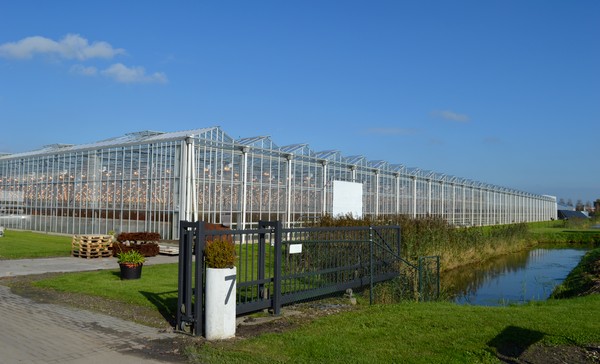 Who knows what the future holds. Perhaps lighting will one day be comparable to modern fertilization. Growers mix and fine-tune this themselves. Or maybe it'll be just one 'thing' with one button. It'll do exactly what it should, without the grower having to think too hard about it. In that way, Barry will be cared for. This horticulturist will be comfortable with these new luminaires for the next few years.