The idea of creating a type of Keukenhof

Creating aesthetic value for the Island of Flowers is the main aim of non-profit organization Choki with flowers as the main protagonist explains Casey Hartnett, founder of the organization. The subject island is the Portuguese Island of Flores, Azores. Over the last several years, Choki has organized many projects to enhance aesthetic value and internationally promote environmental awareness for this Portuguese island which includes over thirty large fine art murals, community gardens, garden competitions, flower giveaways, and public beautification.

The next project, which has been in preparation for over five years is one of creating a type of Keukenhof for the island that includes a garden atmosphere of over thirty waterfalls with sunset ocean views with the hope of creating a multi-generational sustainable asset to attract high end tourism from all over the world as well as a catalyst for flower farming as an export. The first steps of this long-term project are already taken, such as clearing the lands and restoring the old trails, with support needed not monetarily but through passion. "We would love to cooperate with experts and passionate people in the industry to make this the Island of Flowers - literally and figuratively- blossom again." 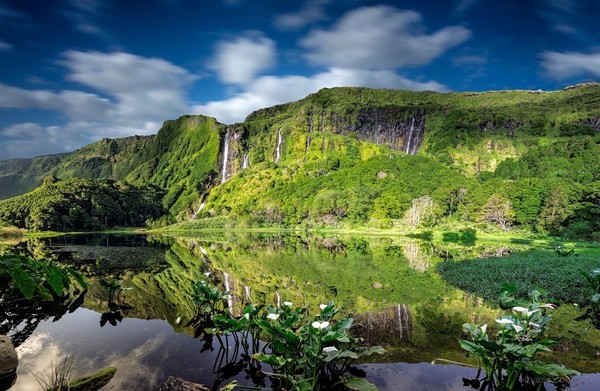 Island of Flores
The Island of Flores, in its most recent discovery in 1452, was named for its abundance of wildflowers. "Everything grows here. Pristine nature is the greatest asset and cooperation with nature in Flores is the greatest luxury." As The Island of Flores is a part of the global network of UNESCO Biosphere Reserves, Choki is carrying out several projects that strengthen this status. "Our goal is to assist in sustainable businesses where the success of the business has a direct positive correlation with the health of the environment, culture, and community pride with the prospect of flower farming as a core economic driver and the flower park as a community asset."

Support instead of destroy
Despite the fact that the island is a part of the global network of UNESCO Biosphere Reserves, the community is not fully aware of the beauty and potential of the island. At the moment, there is little industry on the island, explains Hartnett. "Thirty years ago, most Florentinos grew their own food and produced their own products with pride of the island and their efforts of labour through the community. Over the years, however, due to European subsidies that have created dependency and localized bureaucracy the island has witnessed massive neglect. Nearly all limited items are imported via subsidies with the only identifiable industry being cow farming, which is heavily subsidized and a total failure that is destroying the ecosystem of the island in the process. On top of that, the government prioritizes the construction of unnecessary, excessive infrastructure projects in the hundreds of millions of Euros destroying and degrading supposedly legally protected areas instead of supporting and enriching the nature of the island." 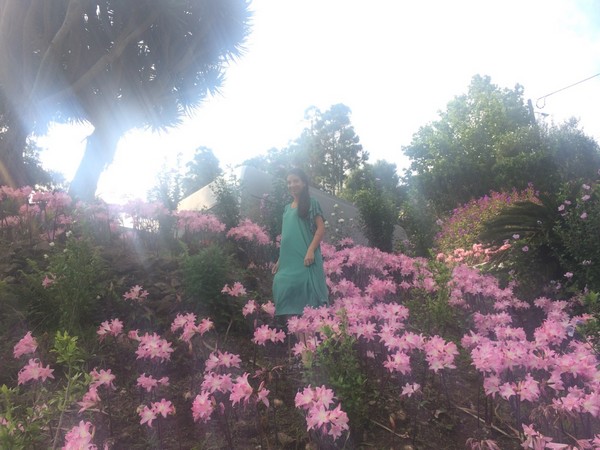 Flower industry
According to Hartnett, there is great potential for the flower industry and particularly to attract the high end tourism market. "The Island has the potential to become the most beautiful place in the world if the human condition is empowered and supported in creation and cooperation with Nature. Nature has created one of the greatest natural infrastructures in the world. However, as neglect for the island has taken over in the last several decades, many invasive trees and plants have taken over the island." There are some of the most amazing locations of the imagination that have been lost in time waiting to be rediscovered and cared for.

Over the last five years with only a handful of volunteers, Choki has done many projects, including renovating abandoned lands and repurposing them as flower gardens while raising awareness and demand for flowers and creating community value through local aesthetics including short films and fine art projects. In the area to create the flower park, they took the first and most difficult steps by clearing the lands and restoring the cultural integrity of the old walls and footpaths. "We have been working on preparing the land for planting and rebuilding the cultural infrastructure over several years and the next step is planting on our way towards creating the flower park, something similar of a Keukenhof, but much more exotic with more diversity that can be operational year round for everyone to enjoy.” 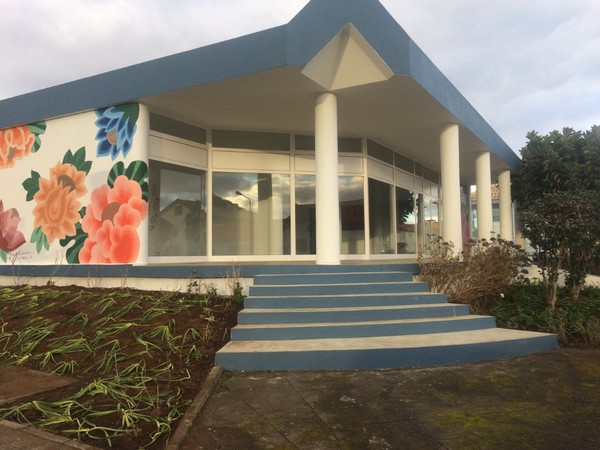 How to realize it?
How to realize such a flower park? "Our main aim has always been to beautify the Island and community spaces which have led us to this point. Making the park commercially viable is more long-term as well as to create as many employment opportunities as possible. We are not necessarily focused on monetary success as we are of the opportunity to create such aesthetic beauty and value for the island.  Flowers and gardens are my passion and I am looking for professionals in the flower industry who are as passionate and would love to bring their expression of beauty through the human component with cooperation of nature on this island." Hartnett is determined in reaching this goal and has spent most of his time and energy in the project. Now, he is ready for the next step and is looking for other individuals that understand the concept of giving, creation, and legacy for the benefit of all.  "The main purpose is to put all the value back into what have given us so much.”