US (NJ): John Peter Langeveld, of Seabrook Village passed away

Sadly, John Peter Langeveld, of Seabrook Village, Tinton Falls passed away early on the morning of Friday, October 30, at the age of 96, an incredibly interesting, full, long life came to an end. His six daughters and their late brother were truly blessed to have John Langeveld for their father. John was born in Haarlemmermeer in the Netherlands (Holland) on April 13, 1924, the eldest of eight children. 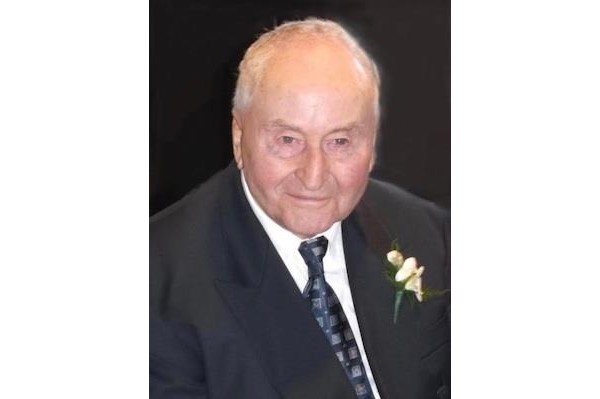 During WWII, at the age of 17, Dad was taken prisoner by the Nazis to work at an East Berlin labor camp. Shortly after the war, after spending four tough years as a prisoner, John was shipped off to America by his father to try his luck at starting a business selling flower bulbs. Like many immigrants, John Langeveld came to America through Ellis Island. All he carried with him to our shores were a bicycle, a small sum of money, and a dream. He spoke no English, at the time.

After many years of sacrifice and hard work, toiling untold hours alongside his four brothers, Langeveld Bulb Company became one of the largest wholesalers of Dutch flower Bulbs in the U.S. by the late 1990's. Though John Langeveld had finally "made it," he never forgot his origins.

Bourgondien Langeveld, rooting for his beloved Boston Red Sox and, most of all, basking in the adoration of family, particularly his seven children, twelve grandchildren, and five great grandchildren.

John was a wonderful, loving man, a survivor of the horrors of WWII who persevered against all odds to become an inspiration and a role model to everyone lucky enough to know him. A proud U.S. citizen, John Langeveld was the epitome of The Self-Made Man and the personification of The American Dream.

Due to limitations imposed by Covid-19, Visitation and Mass were invitation only. Visitation was on Friday from 4:00pm to 7:00pm at the O'Brien Funeral Home, 2028 Hwy 35 at New Bedford Rd., Wall followed by a Mass of Christian Burial on Saturday, November 7, 2020 at 9:30am at St. Mark's Church, 215 Crescent Parkway, Sea Girt. Burial was in the Langveld plot in St. Anne's Cemetery, Wall.

Flowers accepted or donations may be made to the Monmouth County Association for the Blind and Visual Impaired, 3401 Belmar Blvd., Wall, NJ 07719.

To offer online condolences to the family please visit www.obrienfuneralhome.com