For the past eleven years, contractors and growers have gotten to know the brute strength of the VDB Green Eater. Without any trouble, this powerhouse can shred any crop during crop rotation in a matter of seconds.

Something most growers don’t know is that the machine was not developed by the contractors that use it, but that the men at Van den Broek Mechanisatie en Machinebouw Ltd. from the Dutch town of Moordrecht are the actual inventors and manufacturers of this impressive machine.

Company director Willian van den Broek and salesman René Slob expect this to change by delivering directly to a large grower abroad, in the United States, for the first time. “The main advantage to the Green Eater is that crops from paths can be inserted at the same time, allowing the machine to cover two hectares per hour. Only the Green Eater can achieve that.” 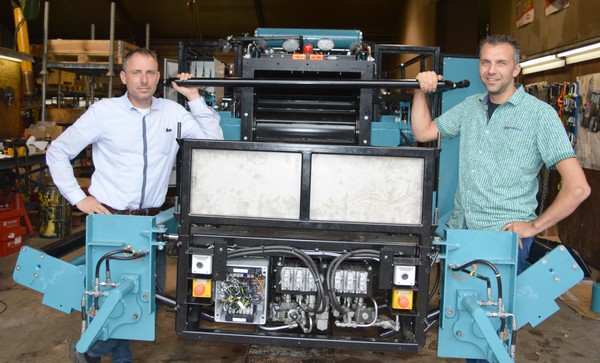 Family business
The first crop rotation machine made by Van den Broek, a family run business that celebrates their fiftieth anniversary this year and supplies machines to the agricultural and earth movement sectors, among others, was built in 2009. “We had always done lots of maintenance work for contracting company close by”, says Willian. “I tinkered a lot during that time and learned many things as well, so when the contracting company asked us in 2009 to build a machine ourselves, we rose to the occasion.”

In that same year, the machine given the appropriate name Green Eater was finished, and the ball started rolling. “In 2011, we built our second machine, and by 2014 we had five. Of course, a powerhouse like the Green Eater doesn’t come easy. It’s not made on an assembly line. Everything can be custom made if requested by the client. Through years of building, we gained more and more knowledge, also by working closely together with the users, which in the Netherlands are mainly contractors.”

Making software and electronics themselves
Together with his brother Marco, Willian took over the company from their father and company founder Dirk-Jan in 2016. Around that same time, three years prior, the decision to make the 3D-drawings themselves was made, followed by programming the electronics and software in-house. “This way, we are independent of any third parties, which is a huge advantage and allows us to continue to grow.” 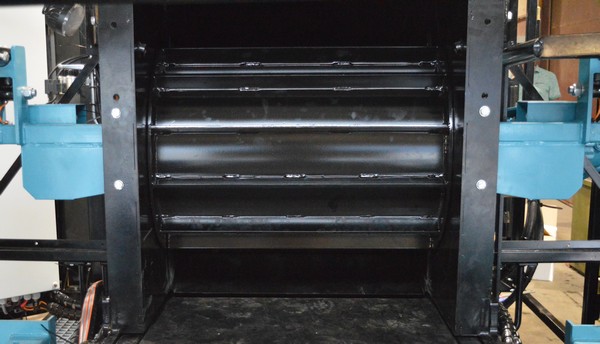 To the (foreign) growers
This year marked the first time a Green Eater was sold to a grower, a large grower from the United States, to be precise. Van den Broek keeps a close eye on growers in other countries, given that growers everywhere continue to develop and grow, leading them to need more powerful equipment during crop rotations.

“For the past couple of years, we gained a lot of experience with all sorts of fruit vegetable crops, soft fruit and also cannabis,” says René, who maintains close connections to the foreign clientele. No ornamental cultivation? “Not yet, because most ornamental growers are not so big as to need a Green Eater to clear the crops.”

Varieties
These days, Van den Broek builds the Green Eater in two sizes and four different versions. “The input width for the crop is 80 or 100 centimeters, and we have four versions in terms of engine power. The 420-800 is our compact version,” Willian explains. “And besides that, we also build and supply Green Transporters”, René adds. “Those machines pull the crops into the paths and out of the greenhouse via the root cloth.”

Metric tools included
Van den Broek is not done after construction just yet. Via sea ​​containers or large trucks, the machines are shipped to the customers, where the specialists that build the machines will be to install the machine and explain how it works. “Service is just as important to us as building a good machine,” says Willian. “That is why we also often supply a set of metric tools with the purchase of a Green Eater or Transporter, given that those types of tools are not always the standard in other countries.” 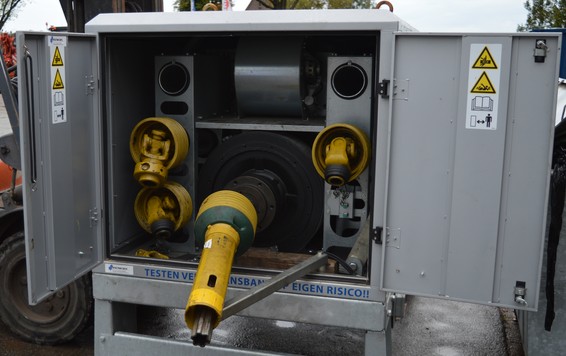 Time is money
In order to be able to supply the American grower, the tough American requirements needed to be met. For instance, all of the machines were equipped with a Stage 5 engine. “This way, the machines met the strict environmental standards and growers were assured that the machines released as little exhaust gases as possible into their greenhouses during work,” says René.

In time, people will also be looking at one hundred percent electric machines, or even ones that work on hydrogen. “However, we are not quite there yet, and the energy-infrastructure of most of the users is not able to handle such a change. You would need at least 300 to 400 kilowatt-hours of electricity, but then you would have a machine that can clear the greenhouse in no time. Time is money, even in crop rotations, and in those cases, our Green Eater is an excellent time-saver.”