The first plants are in the greenhouse, and at this moment the last things are being done at the building of Ko Kolk Hortensia's new nursery. The sustainable nursery in Amstelveen, the Netherlands is two blocks away from the current one and equipped with the most modern techniques for the growing and breeding of cut hydrangeas. 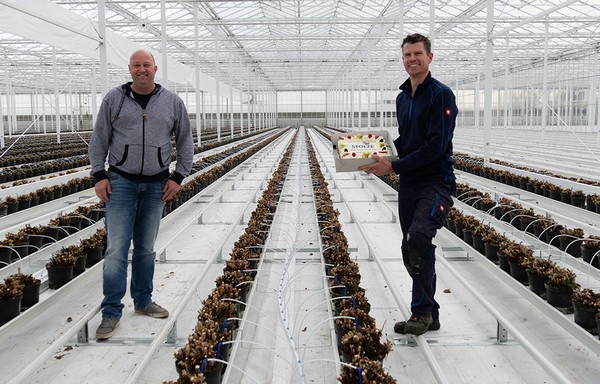 The start of Ko Kolk Hortensia
Bartjan Kolk, who got into business with his father Ko Kolk in 2001, talks about how it all came to be. Bartjan: "My father started growing roses in 1963. In 1995, he made the choice to transfer to cut hydrangea. Shortly after, next to growing them we also started breeding cut hydrangeas and now we've brought many successful varieties to the market. In the new build, we have a section especially for breeding."

How did the plans for the new building start?
At first, there were no plans to build a new greenhouse, until Ko Kolk was approached by a project developer who wanted to buy them out. Next, they started looking for a new, suitable location. Soon they found a piece of land close to the current location, which was for sale and met their demands. The nursery eventually turned out to be not ideal for growing hydrangea, so the plans for the new build came up. They could furnish everything in a way they've always wanted. 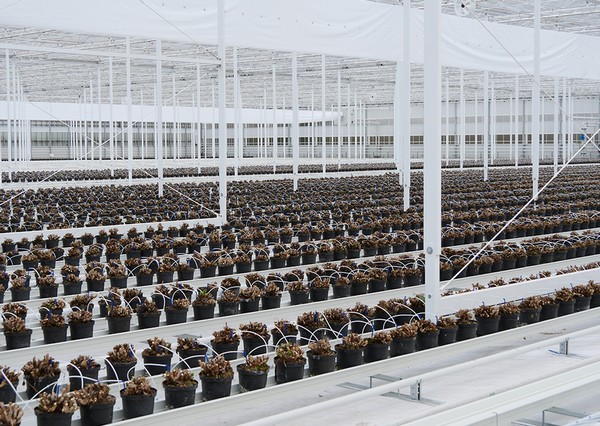 The nursery was torn down and on the about 7 hectares of land, they built 3 new hectares of greenhouse. In the future, they can expand with another 3 hectares. The only thing still in use from the former nursery is the storage system for heat and cold. Bartjan: "With this system we can get the cold water up in summer to cool, and the heated water goes back into the ground, so in winter we can use that again to heat."

POP3 subsidy for sustainable greenhouse
For the new nursery, Ko Kolk used the POP3 subsidy, a subsidy for developing, increasing the sustainability and innovating the Dutch agricultural sector. They got to make a claim to this subsidy by moving from the periphery to the horticultural area. Next to that, the greenhouse is a Green Label Greenhouse, because it contributes to the sustainability of greenhouse horticulture. This is done by, among other things, the choice for solar panels and because they use a heat pump, so they don't have a connection to gas. 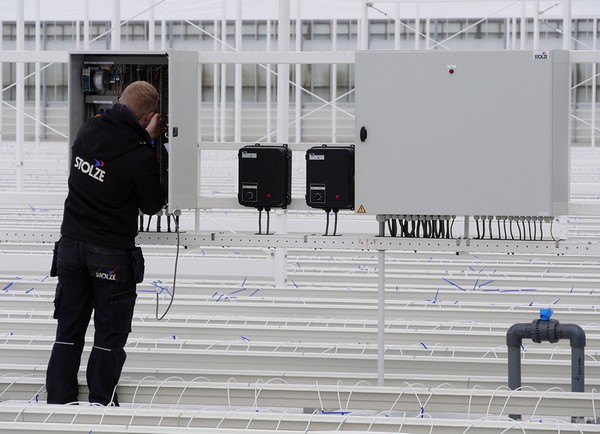 There's two different water systems, one with and one without aluminum sulphate, which gives the hydrangea it's blue colour. Double main pipelines were installed, and a separate retour water installation for each segment. The greenhouse is also equipped with a high pressure fog installation.

In the field of water technique, too, sustainability has been taken into account. No rinsing water or drain water is discharged to the sewer system, everything is completely reused in the cultivation.

New year, new start!
At this moment, the pruned plants are being transferred to the new location. Next to that, the beams that hold the gutters and a piece of the growing system are taken to the new nursery. Bartjan hopes that all plants have been transferred before Christmas, so starting January they can fully operate from the new greenhouse.