It is busy at the moment on the road to the United Kingdom. Many companies seem to want to quickly transfer their products to the other side before Brexit. 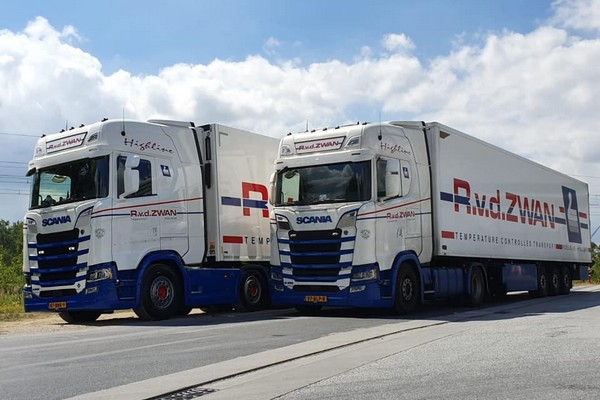 “It is especially busy in the direction of the Eurotunnel,” comments Leen van der Zwan, of R. Van der Zwan transport from Westland. The company specializes in conditioned transport to England, mainly via the Eurotunnel. “Extra checks by the British and French customs at the border and more transport at the moment ensure that the flow is not exactly smooth. As a result, we now have to make more stops on the way to the tunnel. However, the delay differs greatly from week to week. Sometimes we have to wait 5-6 hours, but this week it is not too bad with waiting times of up to 2-2.5 hours. The old transit times at the tunnel of 1 hour and 15 minutes are no longer an option for the time being. We also partly use the ferries from the Netherlands. There are fewer delays there."

Leen notes that many English importers and supermarkets are currently busy stocking up on additional stocks before the new year begins. “We are of course not talking about fresh products such as fruit and vegetables, but about products with a longer shelf life such as pasta sauces. They will do anything to still have it in stock when Brexit is a fact. That creates the necessary pressure on the market at the moment."

Leen adds that not everything can be attributed to Brexit. “Let's not forget that the corona virus is also causing a strange situation this year. We have seen that when the British government relaxes the corona measures, this also has an effect on imports and exports. Then the demand suddenly rises explosively and it is busier again at the crossing.

Leen is waiting with bated breath for January. “When Brexit is a fact, it will become mission impossible for many exporters with the documentation that is needed because it is still not clear whether there will be a deal or a no-deal. If they only have two days to switch between them, you will be too late. As a transporter we are prepared for what is to come, but in the end it is not our vegetables, fruit and flowers that we bring to the other side. These are products of our customers who will soon need the correct papers for this. ”