The Roofmaster: Innovations through the years

‘Never change a winning team’ is a popular saying. After all: ‘Why make adjustments to something that is already good? It often only makes things worse!’

However, if you are actually making improvements rather than just changes, that’s an entirely different matter. And that’s exactly what Besseling Techniek did a number of years ago with the well-known Roofmaster roof washer. You may not be able to notice any difference looking at the outside, but if you look ‘under the hood’ the differences are all the greater. 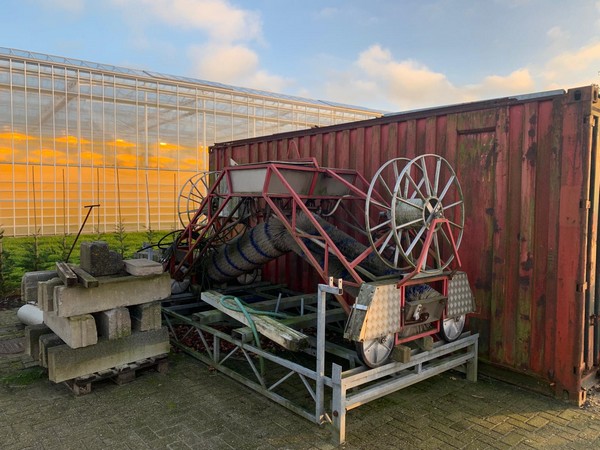 A museum piece, out of order after thirty years

The first
Let’s go back to the very beginning: when the first roof washer came on the market in the 1980s, people were thrilled that a system was now available that would allow their greenhouses to be washed by machine; something that just wasn’t possible until then. Although growers were perfectly aware – even then – that more light equals a higher yield, relatively little attention was paid to keeping greenhouse roofs clean. And if this happened at all, it could only be done by hand or by using machines constructed by the growers themselves.

When the first Roofmasters came on the market with its well-known A-shaped frame, this sparked a true revolution. The machine did not run in the gutter like a V; it ran over the individual peaks. A major advantage to this is increased stability because the machine moves on four wheels through two gutters. The roof washer also washes the entire roof, from peak to peak, including the outermost sections which, until then, had always been neglected. 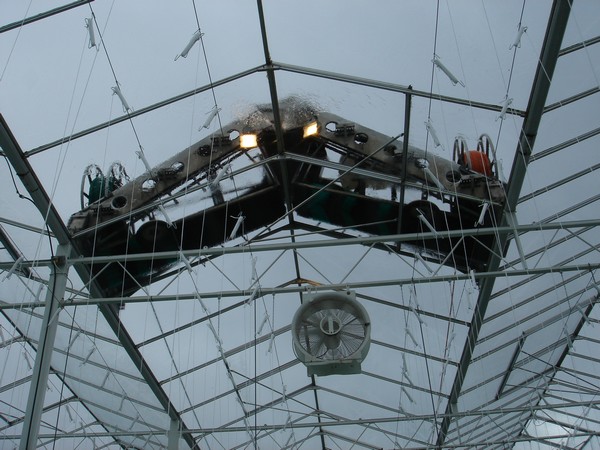 Multi-purpose
Over the years, various extras have been mounted onto it, such as detectors for air vents and end gutters, which automatically bring the roof washer to a halt when an open air vent is detected, or the end of a gutter has been reached. Connection to climate computers was also made possible, so that the machine can start washing when the air vents are closed and the set parameters are met.

The next step was to make the machine multi-purpose so that it can also be used to apply chalk. There is, after all, often a shortage of contract workers to apply the various types of chalk in many countries. And even when they are available, they can’t always be deployed where and when they are needed. The Roofmaster can easily be converted from washing to chalking by means of spray booms and brush adjustments, whenever the grower wishes. 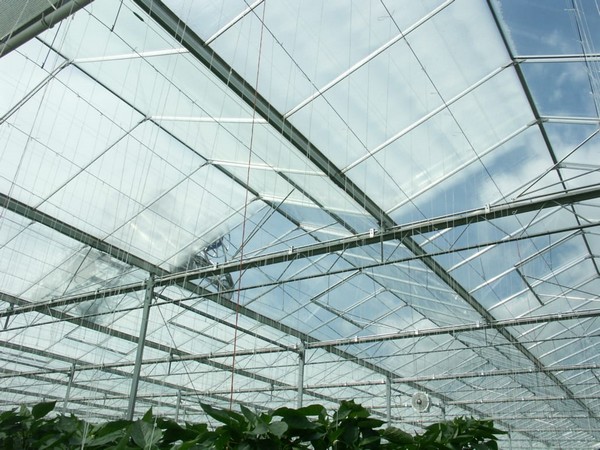 Electrical
The latest large-scale development concerns the electrical operation of the roof washer, for which a patent has been applied. Because the machine is no longer hydraulically driven, which was the case until then, the Roofmaster is now able to wash and apply chalk at a higher speed. Even when the roof washer encounters air vents (which are closed, of course) it barely slows down, so that the tension remains on the cables and hoses. This also decreases the chances of a malfunction. 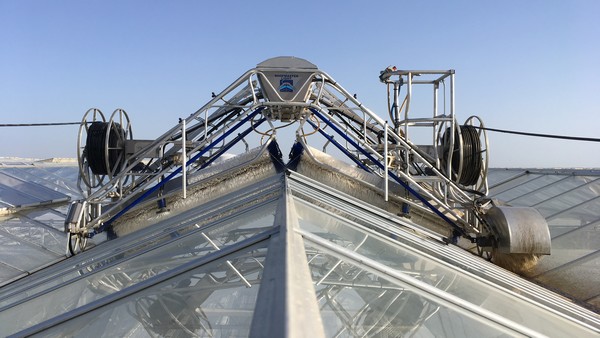 A special brush
When leaving the platform, the Roofmaster starts up slowly, only to accelerate within a few metres to a higher speed of 20-30 metres per minute. The enormous advantage of the increased speed is obvious: the greenhouse is cleaned sooner and the machine can be deployed to move across the entire greenhouse, from end to end, several times a year. With today’s greenhouses, which are becoming larger and larger, this is a must rather than a luxury.

And those who are still critical and believe that washing at a higher speed comes at the expense of quality are deceived. Besseling Techniek developed a special brush, together with the supplier, that has a larger surface and allows the number of rotations to be increased. Therefore, no concessions have to be made to the quality of cleaning. 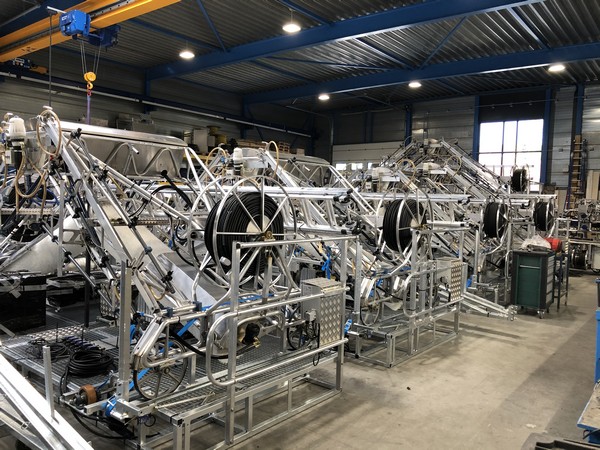 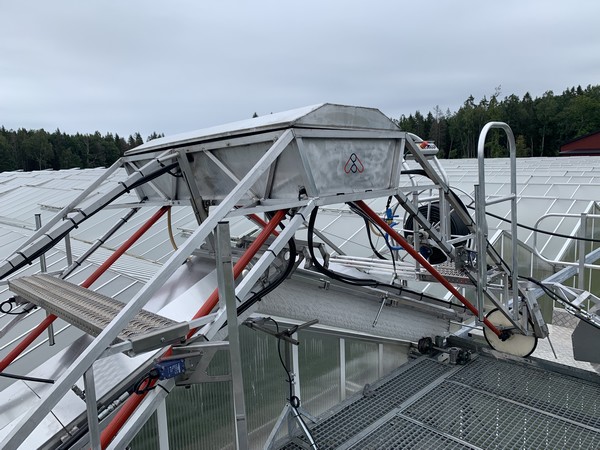 This Roofmaster is recycled for a client in Sweden. The machine was handed in, cleaned afterwards and got some upgrades before going back to work.