Growers opposed to the continuation of the Agriculture and Horticulture Development Board (AHDB) in the horticultural sector have urged others to make their voices heard, adding that proposed reforms to the levy body do not go far enough and are “too little, too late.”

Ballot papers were sent by AHDB to levy payers last week, and those growers who have paid their current levy (or have a deferral agreement) now have until 10 February to vote on whether the levy board continues for horticulture. Growers opposed to the current system argue that only a decisive vote can deliver the dynamic and market-based approach to R&D that the horticultural industry needs, citing the model that has been successfully adopted in The Netherlands since they abolished their own horticultural levy organisation in 2015. 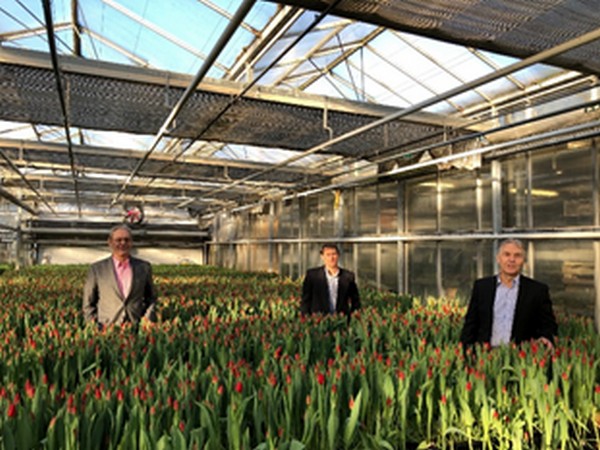 The growers believe that moves by some growers and grower organisations to push AHDB Horticulture into further reforms actually show that AHDB is incapable of the serious reform required.3They argue that if the levy body have provided an effective and efficient service for the last 12 years, reforms would not be required.

Ballot proposals
Spalding-based flower grower Simon Redden comments: “Despite six months of consultation, AHDB has failed to come up with reform proposals that satisfy even its most ardent supporters within the industry. The fact that those who are already most involved with the current AHDB structure say their plans don’t go far enough shows just how out of touch the organisation is. AHDB simply doesn’t understand the modern horticultural industry and how competitive it is. Is it realistic to trust those who have run and led the organisation for the last twelve years to deliver real change? Many growers will justifiably fear that the reforms are merely cosmetic and little more than a face-saving exercise to allow the same people to carry on in the same roles.”

He also accused AHDB of not understanding its own proposals for levy-reform, saying that different growers had been told different things at different online meetings.

“At one meeting AHDB Chair Nicholas Saphir told a vegetable grower that if he received no benefit from AHDB, he would pay zero levy, while at the next meeting a flower grower in the same situation was told he would have to keep subsidising research for his direct competitors,” continued Simon. “How can one type of cabbage be different from another, but completely different species, such as lilies and chrysanthemums be the same? If AHDB can’t understand their own levy proposals, how can anyone else?”

Vote in the ballot
Vegetable Farmer Peter Thorold commented: “As we predicted, AHDB has cynically spent our levy, which should have been put towards funding R&D, on a campaign seeking to justify its continued existence. Substantial sums of our money have been used to create glossy brochures, webinars and online videos for self-promotion. If the AHDB is not prepared to be judged on its past performance, why should we trust it to be effective in the future?

“AHDB has been claiming to have engaged with around 1,000 levy payers over the last six weeks, but we haven’t seen evidence of that level of interaction. There have been seven virtual ‘town hall meetings’, and those that we have attended have had 35-40 attendees, of which around half have been levy payers, so we estimate the meetings have only reached some 150 levy payers in total. If correct, this shows a dismal lack of engagement with growers.”

Vegetable and potato grower John Bratley stressed that it is vital that all growers vote in the ballot, whether for or against the continuation of AHDB. He said: “Whatever the outcome, for this vote to have real legitimacy, there needs to be a significant turnout and we urge every eligible grower in the UK to vote. Even those supporting the continuation of the levy have said that plans for reform, such as they are, would need to be put to a future vote. We believe growers should make the most of this opportunity and vote to abolish an organisation which is out of date, out of touch, and struggling to come up with a meaningful agenda for reform.”